College Golfer in Hijab out to Blaze Trail for Muslim Girls 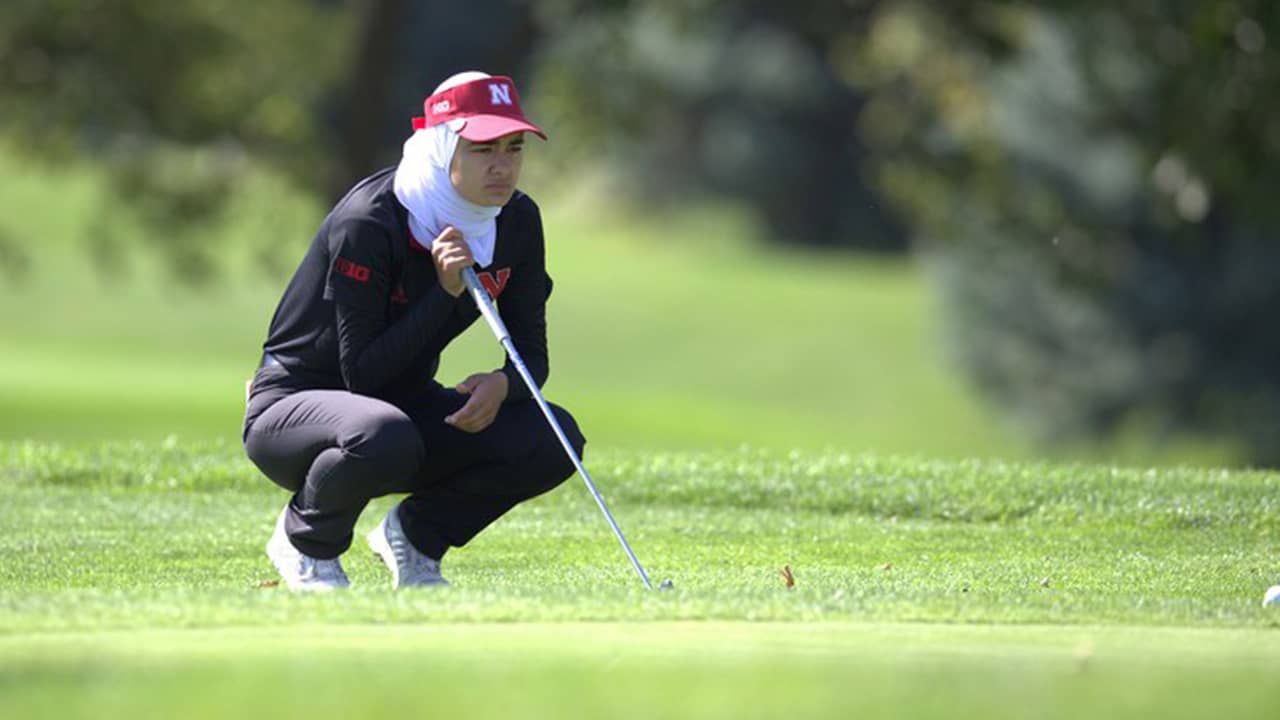 LINCOLN, Neb. — Noor Ahmed outwardly lives her Muslim faith, and even growing up in a state as diverse as California she says she encountered hostility on the street, in school and on the golf course.
One of the top junior golfers in Northern California coming out of high school, Ahmed was a starter in her first year at Nebraska and the No. 2 player most of this spring. She is believed to be the only golfer at the college level or higher who competes in a hijab, the headscarf worn in adherence to the Muslim faith.

On the course, in an airport or even walking across campus she can feel the long stares and notices the glances. She said she has never been physically threatened — “that I know of” — and that most of the face-to-face insults came before she arrived at Nebraska.

Coach Says Other Golfers Have Rolled Their Eyes

“I could tell by a couple of the looks and maybe even a comment or two that they weren’t 100 percent comfortable with that,” Krapfl said. “A lot of our girls come from small-town communities that are very limited in their ethnicity. It’s just the fear of the unknown. They had just never been exposed to being around someone from the Muslim faith.”
Krapfl said she saw a golfer or two roll their eyes, another shook her head. “I overheard, ‘Why would Coach bring someone like that on the team?’ ”
“Luckily when she got here people could see her for who she was and the quality of person she was,” Krapfl said. “It took a while. It really did. You’ve got to get to know somebody, who they really are and not just what they look like.”

Smith said she sometimes cringes when she and Ahmed are in a group and the conversation turns to politics, immigration or even fashion, like when someone innocently or ignorantly tells Ahmed that she would look good in a short dress or a certain hairstyle.
“She can never wear a short dress, so why would you want to depict her as that?” Smith said. “You have to respect her beliefs and why she’s doing it. Also, I think a lot of things are connected to women’s beauty standards and how people don’t think she can look beautiful when she’s covered. I think she’s a really beautiful girl no matter how much skin she’s showing.”

Hopes Muslim Girls Coming up Behind Her Are Watching

For all the challenges Ahmed faced, there have been positives. Some people have complimented her for living her faith as she sees fit, a Muslim teen who golfs in a hijab and lives in the United Kingdom wrote to says she draws inspiration from her, and a player for another college team approached her at an event to tell her she recently converted to Islam and just wanted to say hi.
“I remember going and crying and, wow, I’m not alone out here,” she said.

Prince Memoir 'The Beautiful Ones' Coming out in the Fall