Fresno resident Josh Conder was sickened by what he saw Wednesday morning.

“I hope one day you realize how much of a monster you are.” — Josh Conder

While driving his truck on the old section of Highway 41 at the San Joaquin River, Conder saw a dog lying on the side of the road.

“This being rather unusual I turned around only to find a beautiful pitbull had been shot and left to die.” 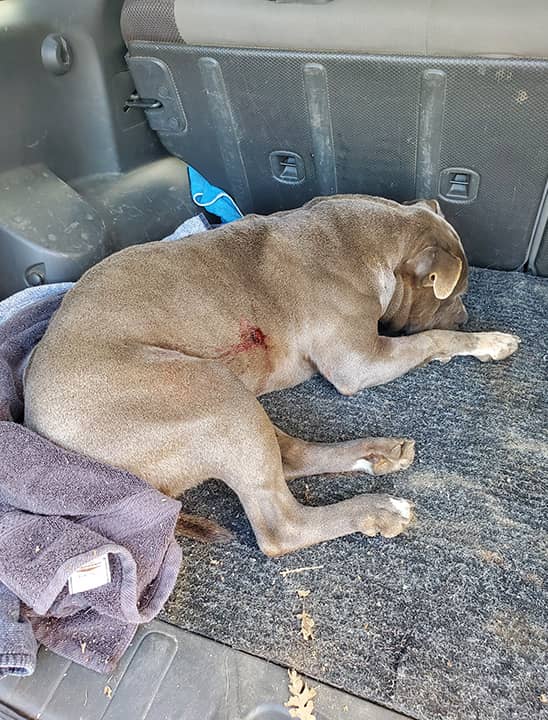 Josh Conder loaded the dog into his truck and rushed him to the animal hospital. (Josh Conder/Facebook)

Conder did all he could to save the dog’s life but the bullet grazed his spine, and the dog wouldn’t be able to walk again.

Sadly, the dog had to be euthanized.

“This broke me,” Conder wrote on Facebook. “I am so tired of seeing this kind of behavior.”

Conder also had words for the shooter: “I hope one day you realize how much of a monster you are.”

Click on the video above to see an interview with Conder.