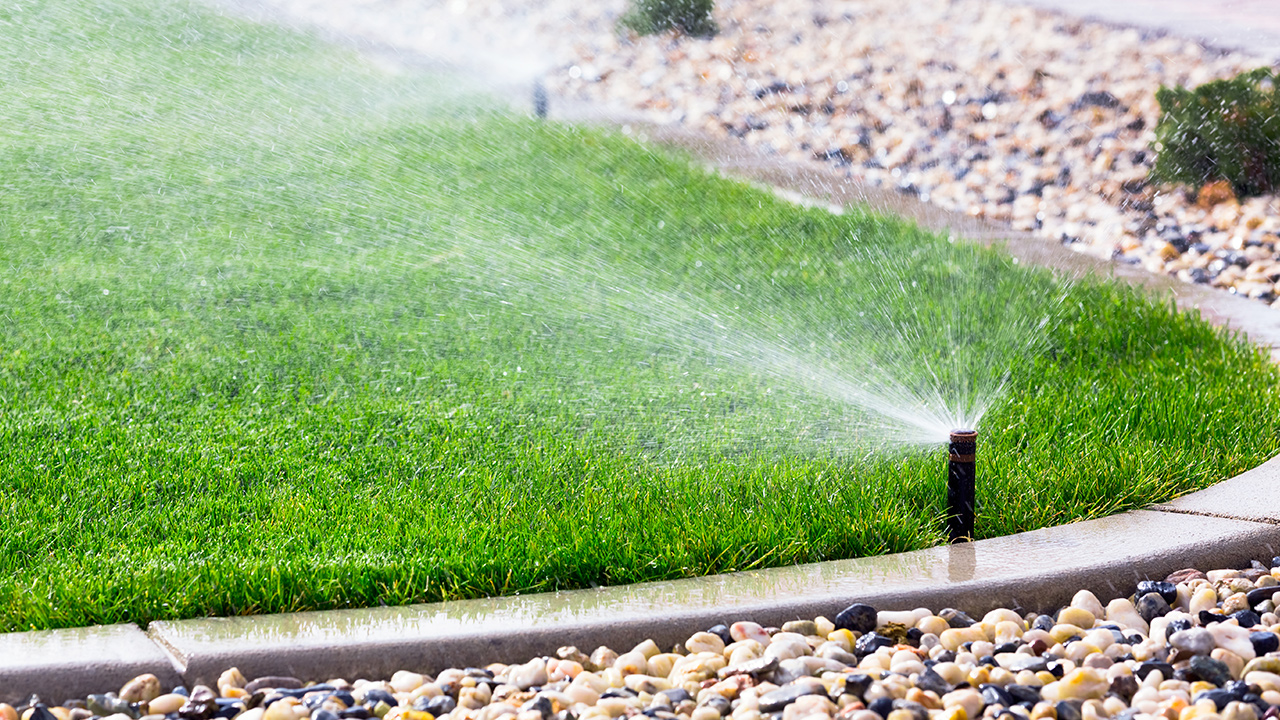 Update, 4/11/2019: Fresno city council approved, 6-0, changes in the city’s water monitoring program. Additionally, water users can water until 10 a.m. (no watering is allowed on any day between 10 a.m.-6 p.m.). Also, fines won’t start until May 2020, giving one year to implement the program. The city will focus on the more egregious violations first.
Last year, Fresno tried a pilot program for automated detection of water usage. When it was adopted citywide, the number of penalties overwhelmed water enforcement staff. So the city council placed a moratorium on fines until a new plan could be figured out.

That new plan is coming Thursday to the Fresno City Council.
Many things are being adjusted: the watering schedule, how many gallons per hour can be used, and fines.
The amount of water a household can use before potentially being flagged by the automated detection system will increase from 300 gallons an hour to 400.
For comparison, an efficient shower uses 150 gallons per hour (and there’s one person in my lifetime I’ve known to shower that long). An average bathtub holds 80 gallons. An energy efficient dishwasher uses just four gallons. A 10-foot-by-10-foot section of lawn requires 62 gallons of water weekly in dry conditions.
Instead of five different watering schedules during the year, the new system is April-October (three days a week) and November-March (one day a week). Those could be reduced if a full-on drought returns.
Watering is still banned between 9 a.m. and 6 p.m.
Fines will also be reduced in half.
Each household is allowed one day per month of overwatering. After the second instance per month of using more than 400 gallons in a given hour, penalties range from a warning on the first violation to a $100 fine on the fourth and fifth violations in a calendar year.

After last week’s drama on the subject, the city council was slated to vote on new priorities for spending the SB 1 gas tax funds for road repairs.
However, councilmembers Esmeralda Soria and Miguel Arias say they will pull the item to allow more negotiation with Mayor Lee Brand. They were scheduled to meet Wednesday (April 10).
The Soria-Arias-Luis Chavez plan calls for five specific criteria:
— Budget SB 1 money in a five-year cycle instead of a yearly basis;
— “Priority shall be given to projects near schools, low-income neighborhoods and economically disadvantaged census tracts and under-resourced communities that lack basic safety infrastructure such as sidewalks, bike lanes, signal lights which pose a safety hazard to children, disabled and seniors.”
— Funds prioritized for older neighborhoods, specifically those built before 1990.
— Include sidewalks and bike lanes when building roads.
— Work should be done by city employees, local workers, and pre-apprenticeship programs.
A priority list, along with specific projects, is expected for council debate April 25. Steve Brandau was sworn-in today as Fresno County’s newest member of the Board of Supervisors. He replaces state Senator Andreas Borgeas. pic.twitter.com/tVV0L7SFEe 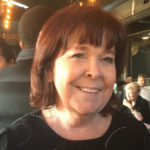 Another Brandau party attendee, Debbie Hunsaker, confirms she is running for his old city council seat. A special election for the District 2 (northwest Fresno) seat takes place Aug. 13. Filing starts Thursday.
“I’m in it to win it,” Hunsaker said.
The president of Alert-O-Lite, Hunsaker says she will turn the business over to her son. Knowing that her company does business with the city, she is prepared to recuse herself on such votes.
Mayor Lee Brand said he is staying neutral in the race, as he has too many friends running.
Other declared candidates for the special election include businessman Mike Karbassi, planning commissioner and security firm owner Lawrence Garcia, and attorney Jared Gordon (Karbassi and Gordon also attended Brandau’s shindig).
If no candidate receives a majority in the August election, the runoff will be on Nov. 5.

Hostetter Back, Now with SJ Sun 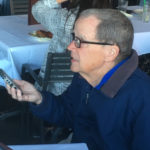 It’s been a while since George Hostetter’s byline has appeared in a publication.
The longtime Fresno Bee reporter had recently been plying his trade with the online Central Valley Observer. He’s been out of action as of late while battling Stage 4 prostate cancer.
The reporter, known for his insight into local politics as well as using his own two feet as his preferred method of transportation, is back in action.
He appeared at Brandau’s event, notebook and recorder in hand. Hostetter says he’s fighting cancer and optimistic.
“George is the best damn reporter in town,” said Guillermo Moreno, radio talk show host on 1680-AM and the one-time publisher of CVO.
Speaking of the Observer, it is now part of the San Joaquin Sun, a daily newsletter formulated by local political consultant Alex Tavlian.
Moreno said he gave way because he did not have the time to dedicate to the publication due to his radio commitments. He would not detail the nature of the transaction but did say it will be “in good hands” under Tavlian.

Virginia defeated Texas Tech Monday night to claim the NCAA Men’s basketball championship.
If Texas Tech won, would Rep. Devin Nunes have filed his lawsuit against The Fresno Bee in Lubbock, Texas instead of Charlottesville, Virginia?

Suit Targets California’s Ban on ‘Come on You Whites’ Plate