When teachers get together, sooner or later, the conversation turns to the cellphone nightmare.

So, I decided to talk to teachers, students and the office of a state lawmaker who wants to fix the problem.

Click on the video above to learn what I found out.

Student use of smartphones at school diverts attention from learning. Kids often are checking out social media instead of focusing on their lessons.

In addition, cellphone use creates conflict between teachers and students — and between students.

I recently heard a caller who said he was a veteran high school teacher say on a Fresno talk-radio show: “I love my job and I love my students. But if I could change just one thing about my school, it would be to ban cellphones. They create too many problems.” 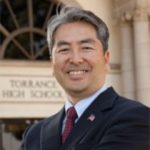 “Growing evidence shows excessive smartphone use at school interferes with education, encourages cyberbullying, and may have adverse effects on teenage mental health, including increased rates of depression and suicide.” — Assemblyman Al Muratsuchi (D-Torrance)

Assemblyman Al Muratsuchi (D-Torrance) has heard teachers in his district echo similar frustrations. Earlier this year, he introduced a bill (AB 272) requiring school districts to prohibit or restrict smartphone use on school grounds during school hours.

“Growing evidence shows excessive smartphone use at school interferes with education, encourages cyberbullying, and may have adverse effects on teenage mental health, including increased rates of depression and suicide,” Muratsuchi said in a news release.

“This bill will require school districts to adopt their own policies that strike a balance between allowing appropriate student use of smartphones while making sure that smartphones are not interfering with a student’s educational, social and emotional development.”

And perhaps Muratsuch’s legislation will get a boost from Texas Tech men’s basketball coach Chris Beard, whose team is playing for the NCAA title tonight.

Beard bans cellphones at team meals and all nights of a road trip. Every night on the road, team manager Cooper Anderson knocks on player doors around 11 o’clock to collect the phones.

The bill is scheduled for a hearing before the Assembly Education Committee on Wednesday (April 10). Whether you are for it or against it, let your district assemblymember know how you feel.