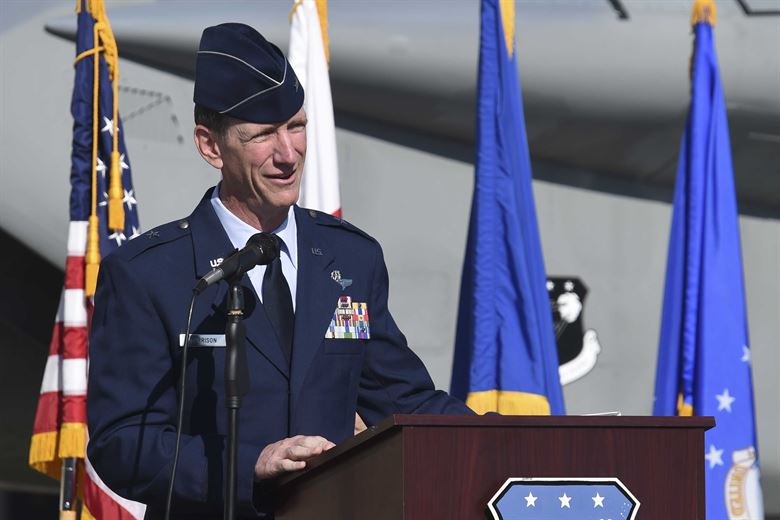 The head of the California Air National Guard, Maj. Gen. Clay Garrison, was relieved of his command and replaced by Brig. Gen. Gregory Jones two months after a newspaper detailed the fallout from a scandal involving someone urinating in the boots of a service member.
A guard spokesman, Lt. Col. Jonathan Shiroma, on Friday confirmed the shake-up, but he did not have additional details.

The command change follows a Los Angeles Times report on allegations that whistleblowers at the guard’s Fresno base suffered reprisals for questioning actions or conduct, including an incident in which a female guard member discovered urine in her boots.
In interviews with the Times, several current and former members of the guard described a culture of retaliation by high-ranking officers and mistrust in the inspector general system intended to hold them accountable.
At least five guard members from the 144th wing filed formal complaints.

The urine incident and its aftermath fueled suspicions within the guard that high-ranking officers, including Garrison, mishandled two investigations to find the perpetrator and tried to bury the episode to protect someone who may have been involved, according to interviews and guard records obtained by the Times.
The scandal dates back to March 2015, when Staff Sgt. Jennifer Pineda, a 15-year veteran of the guard, was about to change into her uniform in a women’s bathroom at the 144th Fighter Wing when she discovered her boots had been soiled.
Members of the 144th’s security forces, who police the base, conducted two investigations, according to internal investigative records obtained by the Times. Both were inconclusive, and the case was closed.

Pineda filed a whistleblower complaint, in which she wrote that she feared she would be forced out of the military because some had speculated that she urinated in her own boots “for attention.” She wanted the DNA test to clear her name.
The California air guard is the second largest in the Air National Guard, a force of more than 100,000 pilots, other officers and enlisted people. Many of the pilots are part-time reservists, signing up after careers in the U.S. Air Force, and some fly in their civilian lives for commercial airlines.
The guards function as state militias whose leaders report to their respective governors. They patrol state airspace and stand ready to respond to natural disasters and large-scale terrorist attacks.

The 144th is the biggest wing in the state, home to roughly 115 officers, including about two dozen fighter pilots, and more than 1,000 enlistees in support units.
Jones has served as assistant adjutant general since December 2017.

Newsom Says His El Salvador Trip a Counter to Trump