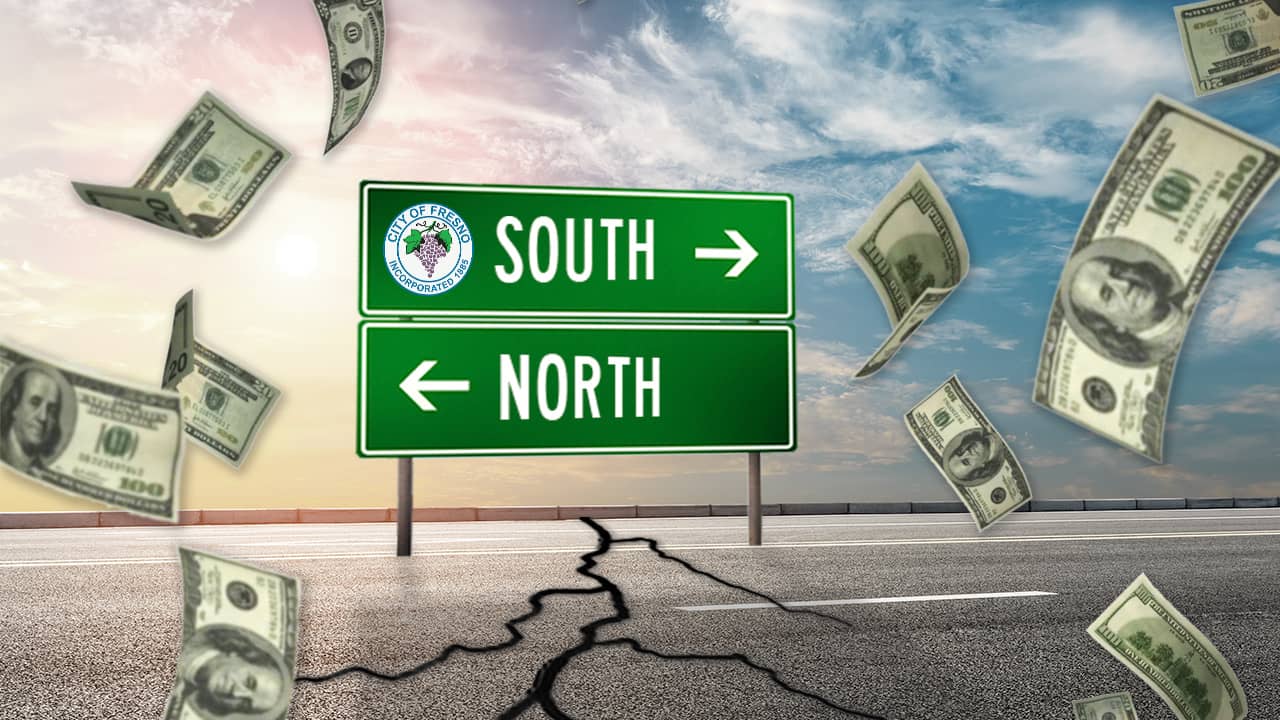 Fresno Mayor Lee Brand on Tuesday pulled a controversial spending plan for the city’s roads off this week’s city council agenda.
“In light of recent rhetoric, I have decided to pull the Administration’s proposed SB1 project plan from Thursday’s Council meeting and schedule meetings with Councilmembers as soon as possible to begin a robust debate about the best way to look out for the safety of everyone who lives in Fresno.  Any plan that bypasses half of this city is unacceptable,” Brand said in an email statement.
The delay follows two days of drama and a war of words involving the council’s progressive and conservative wings.
On Monday, four councilmembers (Miguel Arias, Luis Chavez, Nelson Esparza, Esmeralda Soria) representing districts in central and south Fresno said that the mayor’s proposed spending plan on road repair didn’t go far enough for their areas.
Tuesday morning, the north Fresno representatives fired back.

Steve Brandau and Garry Bredefeld held a news conference by the Nees Avenue post office, rebutting arguments made by their colleagues.
At issue is the distribution of $12 million in SB 1 gas tax funds for city road projects. The plan Brand introduced last Friday has at least $1.4 million going to each of the seven council districts.
In all, the city has $600 million of road projects covering 2,000 miles that needed funding. The total annual budget, including city and state resources, is about $20 million. 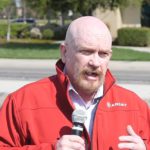 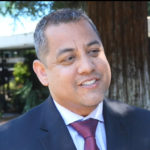 Looking To the Mayor 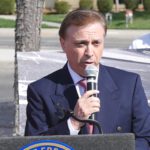 A memo sent out by Fresno public works director Scott Mozier detailed how the city evaluates projects.
They are put into three categories: pavement maintenance, concrete repair (curbs, gutters, sidewalks), and traffic signals.
The city uses a computer program to evaluate the level of repair needed on roads, and the most cost-effective means to fix them. The costs range from 18 cents a square foot for a slurry seal to more than $7 for a complete repair.
It rates 1,700 miles of road on a 0-to-100 scale based on the quality of the road (known as a pavement condition index or PCI score). The lower the number, the worse the road is. The average is 58, down from a score of 72 in 2008.
Other deciding factors include potholes, FresGO online app requests, coordinating with ongoing utility projects, and input from the council and the community.
Mozier’s memo offers a counterargument to the south and central Fresno councilmembers’ request to take care of their neglected roads and sidewalks first.
“A ‘worst streets first’ approach is generally not recommended as the best or main option for investment, since low-cost preventive maintenance treatments enable the City to extend the life of streets before they become in need of expensive reconstruction,” Mozier wrote.
If the city does not submit a list of projects to the state by May 1, the state will retain that money for another 90 days. If the city still does not submit the list, the state would distribute those funds elsewhere.