Ichiro Walks Off Into History in ‘Sayonara’ at Tokyo Dome 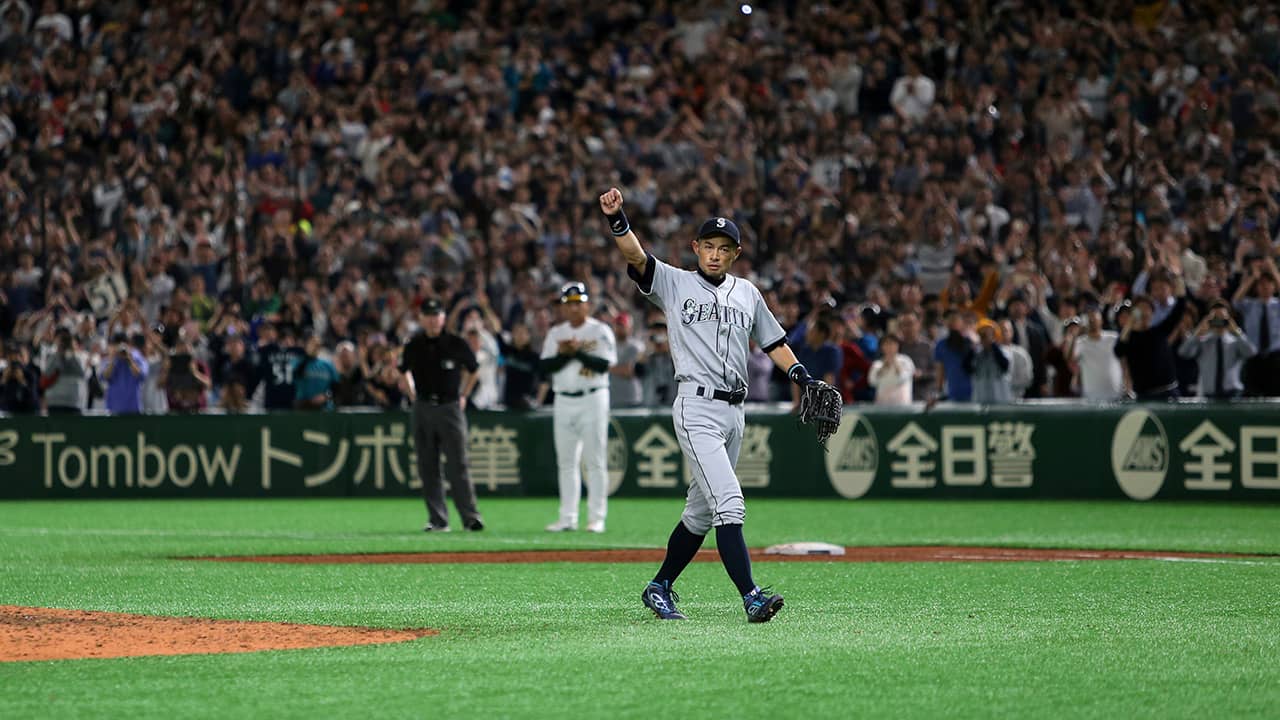 The 45-year-old Seattle Mariners star announced his retirement Thursday night, shortly after waving goodbye at the Tokyo Dome during a 5-4 win over Oakland in 12 innings.

The outfielder said in a statement after the game that he had “achieved so many of my dreams in baseball, both in my career in Japan and, since 2001, in Major League Baseball.”

Ichiro went 0 for 4 and was pulled from right field in the eighth, saluting his adoring fans in the packed crowd. He drew hugs from teammates in a three-minute walk that signaled to all his great career had ended.

The outfielder said in a statement after the game that he had “achieved so many of my dreams in baseball, both in my career in Japan and, since 2001, in Major League Baseball.”

He added that he was “honored to end my big league career where it started, with Seattle, and think it is fitting that my last games as a professional were played in my home country of Japan.”

Ichiro was a 10-time All-Star in the majors. He got 3,089 hits over a 19-year career in the big leagues after getting 1,278 while starring in Japan. His combined total of 4,367 is a professional record. Seattle Mariners right fielder Ichiro Suzuki stretches on the field prior to Game 2 of the Major League baseball opening series between the Mariners and the Oakland Athletics at Tokyo Dome in Tokyo, Thursday, March 21, 2019. Ichiro is in the starting lineup for the Mariners in what might be his last game in the majors. Japanese in the background reads: “Ultraman.” (AP Photo/Toru Takahashi)

Iditarod Competitor Whose Dogs Quit Says They Got Spooked