How’s the Economy? Count the Cranes to Find Out. 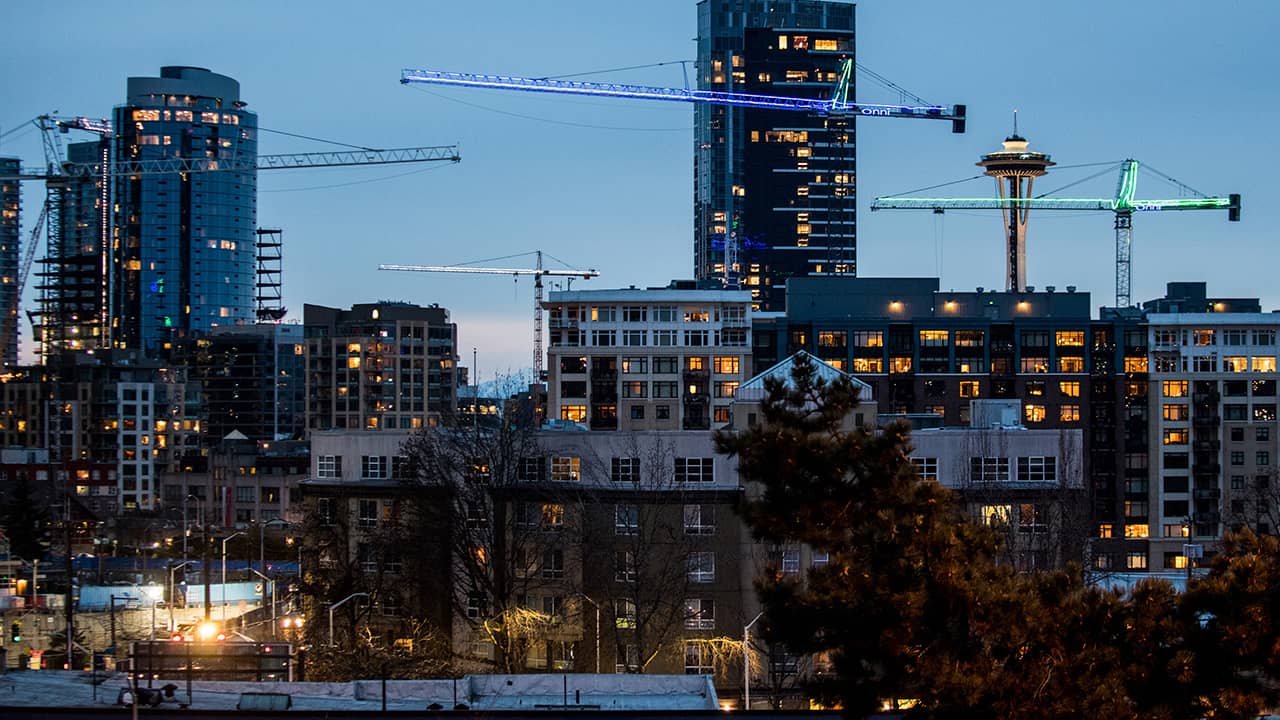 To determine the health of the economy, you could scrutinize the minutes of Federal Reserve meetings, pore over the latest economic data and scour trade publications. Or you could simply look up.

The towering cranes that rise above development sites can be a useful financial indicator, like consumer confidence polls or housing starts, according to Rider Levett Bucknall, a construction consulting firm that uses the equipment as the basis for its RLB Crane Index.

The crane index is not the only unusual economic indicator. Other strange measures include the Buttered Popcorn Index, the Super Bowl Indicator, and divorce rates.

The index, a tally of cranes in 13 major North American cities, provides a snapshot of economic sentiment, said Julian Anderson, a president of the firm’s North American region. It was created in 2015 as a tool for clients, who use it to assess hiring trends and activity in urban markets, he said.

Fewer Construction Workers Than in 2006

Nationally, the construction industry employed 7.46 million people in 2018, according to the Bureau of Labor Statistics, continuing several years of increases. But it is still recovering from the last recession. In 2006, the number of workers was 3 percent higher, 7.69 million.

If hiring continues to climb, shrinking the labor pool, high project costs could get even steeper, Anderson said. That may finally force builders to pump the brakes. But “any change in the market wouldn’t probably show up until the end of the year,” he said.

The index is not the only unusual economic indicator. Other strange measures include the Buttered Popcorn Index, the Super Bowl Indicator, and divorce rates.

There’s the Big Mac Index, Too

Jagdish N. Bhagwati, a professor of economics at Columbia University, said the number of gauges like these had multiplied since the 1980s, when The Economist magazine created the Big Mac Index, an informal comparison of the cost of hamburgers in different countries used to analyze exchange rates.

But the trends that shape the global currency system, Bhagwati said, are too complex to be reduced to single McDonald’s meal. Then again, boiling economics down to a pocketbook issue like popcorn may help consumers understand the underlying economic theory. “Sometimes being funny helps people focus on the things you want them to focus on,” he said.

The crane index does have its limitations. Because it tracks cities where Rider Levett Bucknall has offices, it misses growing markets like Houston and Atlanta. Still, it provides useful data about which projects have broken ground, well before marketing kicks in.

The index includes only tower cranes, which rise 10 to 80 stories and have long booms that lift steel and concrete for projects like hotels, condominiums, offices, stadiums, convention centers, arts complexes and schools. This winter, the tally came to 423.

The total has stayed relatively steady since the summer of 2015 (there were 439 cranes then), which was the crest of the current development wave, some brokers say. The index has remained consistent despite headwinds like climbing interest rates, trade turmoil, rising material costs and a tight labor market. The reflection of a construction crane in Seattle, March 15, 2019. To help its clients assess hiring trends, a construction consulting firm created a crane index, which also provides a snapshot of the economy. (Chona Kasinger/The New York Times)

Seattle was the top city in the United States on the latest index, with 59 cranes. Only Toronto, one of two Canadian cities on the list (Calgary is the other), had more, with 104. In last place was Phoenix, with five.

Amazon is partly to thank for Seattle’s top ranking, which it has held for several years. After a flurry of development, the internet giant has transformed the South Lake Union neighborhood, a sleepy former warehouse district, into a dense office hub.

But other areas, like downtown, are awash in hammers and hard hats, too. “I’m looking out my window, and I’m seeing cranes everywhere,” said David Gurry, a senior vice president with the brokerage firm Colliers International there.

Typical real estate cycles run about eight years, Gurry said, but the current one, clocking in at 12 so far, still has legs. “Normally, I might be concerned to see so many cranes, because it might be a sign of overbuilding,” he said.

Housing is a huge driver of real estate construction. High-rise apartment buildings, which gained popularity a couple of decades ago, are increasingly common. But office buildings are also arriving in a resilient market. Seattle has 60 million square feet of office space, brokers say, a quarter of which is controlled by Amazon.

But even when Amazon is not involved, developers feel confident about their chances. Asking rents in prime office buildings in Seattle, where the vacancy rate is 7 percent, average $50 per square foot, brokers say.

“This is a golden age of construction in American metropolitan areas. The U.S. is still less urbanized than similar countries, so if anything, we will probably see more and more construction.” — Gian Luca Clementi, as associate professor of economics at the Stern School of Business, New York University

Counting cranes in Seattle and elsewhere can seem unscientific. Over a few days twice a year, employees of Rider Levett Bucknall set off by foot or in cars, eyes turned toward the horizon. If possible, they later check their results against building permits.

In Portland, Oregon, searches are helped by a tram across the city that climbs 500 feet in the air, said Kim Craigie, a counter for the firm who also works in marketing. “Once you start, you can’t not notice them,” she said.

With 26 cranes this winter, Portland was tied with Chicago, even though Chicago has 2.7 million people and Portland only 630,000.

An upgrade of the Oregon Convention Center, a twin-spired complex near the Willamette River, is one of the larger projects. Framing the sky are three cranes, two of them for a 14-story hotel that will open next winter and be run by Hyatt. The third crane swivels over a new parking garage.

Because the crane index in many ways also reflects the state of the economy several years earlier, when projects were conceived, it can obscure current realities, brokers and developers say. Washington, for instance, seems to be on a hot streak, with 28 cranes this winter, up from 25 last summer and just a few shy of its 31-crane high in summer 2015.

Yet office rents declined in the fourth quarter last year, according to the real estate services firm Cushman & Wakefield, as a surge of office buildings came online. And political gridlock, exemplified by the partial government shutdown in December and January, could sap job creation and, by extension, demand, said Nathan J. Edwards, a senior director of research for Cushman & Wakefield.

“After the recession, D.C. was the darling of the investment community,” he said. “But there has been softening.”

A handful of new office buildings are testing that premise, like 1901 L St., a project from the Meridian Group included in the most recent crane count. (A hotel rising next door has a tower crane as well.)

As part of a $100 million gut renovation, Meridian is replacing the cast-concrete facade of a 1970s office building with a glass one, while adding four floors, including a terrace-lined penthouse where tenants can host parties. Winston and Strawn, a law firm, has leased about half of No. 1901, which will open next year, said Wil Machen, a Meridian senior vice president.

Other cities where cranes are plentiful, despite signs of a global slowdown, are Los Angeles (44), New York (28) and San Francisco (29), according to the index, whose clients include construction, engineering, and architecture firms. If the analyses seem overly optimistic, that may have more to do with the health of those cities than the condition of the country, according to economists, who add that cranes are not likely to disappear anytime soon.

“This is a golden age of construction in American metropolitan areas,” said Gian Luca Clementi, as associate professor of economics at the Stern School of Business at New York University. “The U.S. is still less urbanized than similar countries, so if anything, we will probably see more and more construction.”

Trump Buddies Up With Bolsonaro, the ‘Trump of the Tropics’