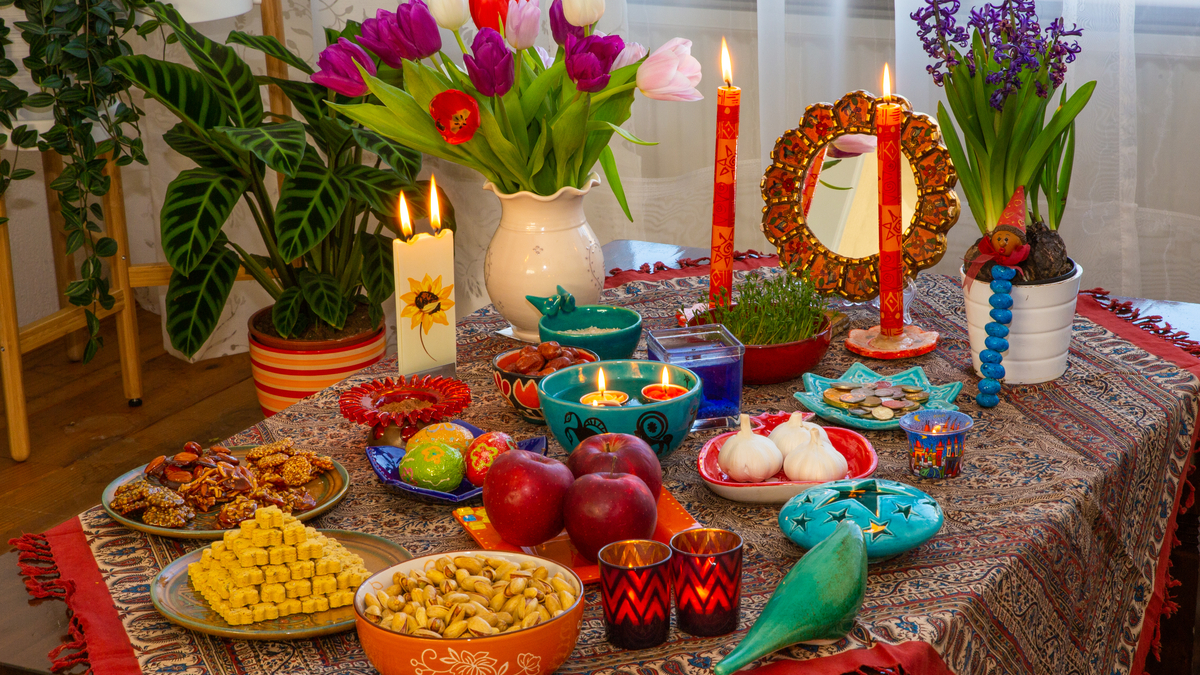 The Persian New Year, or Nowruz, celebrates the vernal equinox, which is Wednesday or Thursday, depending upon which part of the world you live in.

It is celebrated as a secular holiday in Iran, the Caucasus, the Balkans, and the Black Sea Basin. But, for Zoroastrians, it is a holy day. “During this time of the year, my mom would have always called to make sure I have got all the items for the Nowruz table.” — Negin Tahvildary

An estimated 300 million people worldwide — including the United States — celebrate Nowruz, which is more than 3,000 years old. The United Nation’s General Assembly officially recognized Nowruz as a holiday in 2010.

Locally, the Henry Madden Library at Fresno State is hosting a Nowruz art exhibit through March 25. It features colorful artifacts, books, and maps in the Ellipse Gallery.

Negin Tahvildary, a lecturer with the Departments of Philosophy and Linguistics and director of Mediator Mentors, said that for her, the exhibition evokes memories of home. Last year was the first New Year for her without both parents, who passed away.

“During this time of the year, my mom would have always called to make sure I have got all the items for the Nowruz table,” she said.

The Islamic Cultural Center of Fresno is hosting its Nowruz celebration Wednesday beginning at 6 p.m.

It is free and all faiths are welcomed. The center is at 2111 E. Nees Ave.

Spring Kicks Off With a Supermoon

On Wednesday, at 2:58 p.m. PDT, spring (the vernal equinox) officially begins in the Northern Hemisphere. That will be followed by a supermoon at 6:43 p.m. PDT. A supermoon is 14% bigger and 30% brighter than a micromoon. (Shutterstock)

Watch: What is a Supermoon?

Troops Celebrate as US-Backed Force Seizes IS Camp in Syria