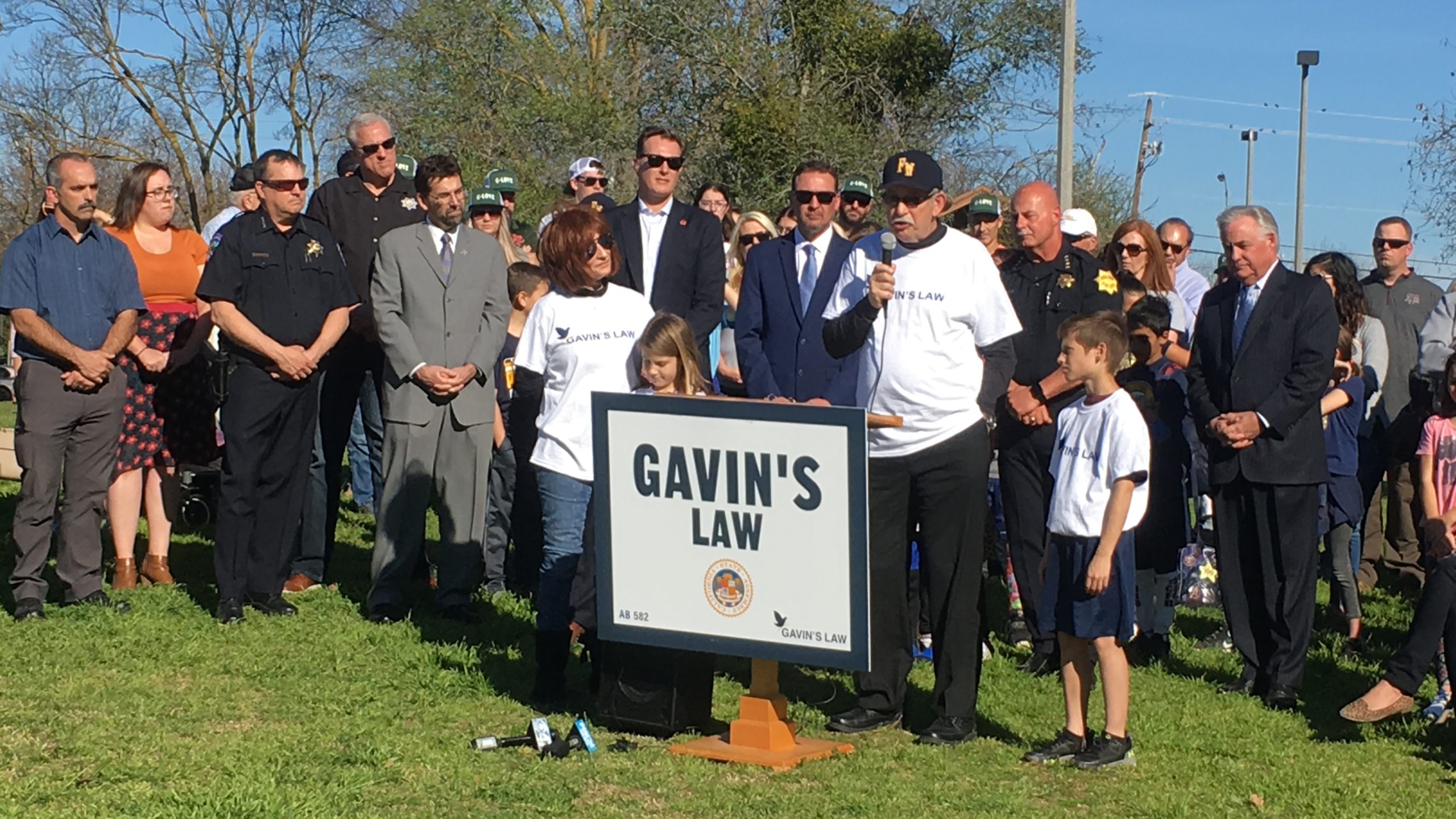 Hundreds of family and friends of a Clovis Unified educator killed in a hit-and-run accident gathered at a Fresno park on Friday asking Assemblyman Jim Patterson (R-Fresno) one thing: Bring home justice for their beloved Gavin Gladding.

“This is a very valid pursuit. We are encouraged. We are poised for the action in Sacramento on Tuesday and hoping we can get this thing through,” Gavin’s father, Gary Gladding, told the crowd at Keith Tice Park, adjacent to Fort Washington Elementary where Gavin served.

Like many attending the event, the elder Gladding wore a white t-shirt with a picture of a dove and the words “Gavin’s Law.” Many others wore blue and white hats with “G-Love” inscribed on them. 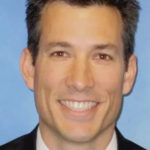 Gladding, a vice principal at Fort Washington, died last September while jogging along the shoulder of Friant Road, struck by a driver who later fled the scene.

In a pre-hearing statement to the committee, Patterson believed the suspect “was likely drinking at a party before the accident; however, because he fled the scene, law enforcement was unable to determine if he was under the influence.”

While justice was eventually metered upon Gladding’s killer, Patterson and many others were frustrated by the lack of consequences for leaving the scene and avoiding a possible DUI and/or vehicular manslaughter conviction.

“Gavin’s Law” as Patterson calls it (AB 582), would increase the penalties for hit-and-run drivers from a maximum of four years to a range of 4-to-8 years, depending on the severity of injuries. Rogelio Alvarez Maravilla received three years in prison after pleading no contest in the accident that killed Gladding.

The first step in the legislative process is a hearing in the Assembly Committee on Public Safety Tuesday morning. There is a 6-2 Democratic to Republican split on the committee.

Patterson encouraged the Friday crowd of about 100 to attend the hearing.

“If this committee gets the sense of injustice, then I will hope they will do justice. If they can be touched by the truth of what has happened, and the unnecessary lack of consequences that fosters some of this kind of hurting, killing and fleeing, maybe we can get this through the public safety committee,” Patterson said.

While Patterson had the support of the people, and those in the law enforcement like Fresno Police Chief Jerry Dyer and Fresno County Sheriff Margaret Mims, the legislator knows he is making a tough ask in today’s Sacramento.

Watch Patterson’s address to the crowd at the Gavin’s Law rally below:

“(The public safety committee) has an ideology, and it has a point of view … with instructions from leadership, to basically reduce sentences, don’t increase them. Let people out earlier, not later. It’s called criminal justice reform.” — Assemblyman Jim Patterson

Patterson points to the makeup of the committee, as set by Assembly Speaker Anthony Rendon (D-Lakewood).

“It has an ideology, and it has a point of view as a committee that the individuals chosen are there really, with instructions from leadership, to basically reduce sentences, don’t increase them. Let people out earlier, not later. It’s called criminal justice reform,” Patterson told reporters after the event.

Patterson said the law has bipartisan support, but he’s been lobbying his fellow members. He knows that the bill could hinge on the opinion of committee chairman Reginald Jones-Sawyer (D-South Los Angeles).

“If that chair decides to give it a “no,” that puts real pressure on other members to follow along,” Patterson said.

Jones-Sawyer did not reply to GV Wire’s request for comment by press time.

If the committee passes the bill, it lives to fight another day. If not, the bill dies.

Patterson vowed to bring it back session after session if that is the case.

According to the bill analysis prepared the committee, six groups support AB 582. Most of them are local law enforcement — the District Attorney’s office, the Sheriff’s office, the Fresno Police Department, and unions representing both police officers and sheriff deputies. They are joined by Mothers Against Drunk Driving.

The staff reports notes California’s problem with prison overcrowding. The San Francisco Public Defender’s Office notes other reasons people may leave the scene that have nothing to do avoiding liability (such as fear of deportation or unpaid traffic tickets). They would be over penalized, the public defenders say.

A similar bill introduced last year was withdrawn before a vote. At the time, the ACLU wrote of AB 2014 (authored by Democrat Eduardo Garcia):

Lackey, the ranking member, is one of AB 582’s co-authors.

Click on this link to watch the meeting, starting at 9 a.m. on Tuesday.