Fresno leaders are embarking on a public fundraising campaign to erect a memorial at City Hall for the 277 city residents who gave their lives in America’s wars.

Fresno City Councilman Garry Bredefeld announced the plan Tuesday, and the council will vote Thursday on authorizing the memorial’s placement on city property.

“I’ve spent more than half my life seeing every day the sacrifice veterans made on our behalf and on behalf of our nation,” said Bredefeld, a psychologist who treats veterans. 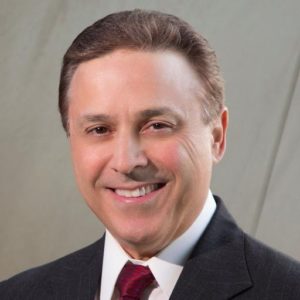 “It is time for us to recognize the 277 Fresno veterans who gave their lives so we can live in freedom. … With this memorial, we will honor the courage, service, and ultimate sacrifice, now and for generations to come.” — Councilman Garry Bredefeld

“It is time for us to recognize the 277 Fresno veterans who gave their lives so we can live in freedom. … With this memorial, we will honor the courage, service, and ultimate sacrifice, now and for generations to come.”

The monument is estimated to cost $70,000. Another $60,000 is needed to install and properly light it. Bredefeld, who is spearheading the project, said that he has talked to several companies who have offered to donate some of the work.

The 277 names on the memorial were researched using the National Archives and cross-checked with other websites.

I was proud to join with Councilmembers Bredefeld and Soria in support of a monument to be constructed at City Hall honoring the brave men and women of the City of Fresno who lost their lives in service to our Country during time of war. pic.twitter.com/3qNH03SNL1

Said Soria: “Our city owes a small debt to its fallen heroes that we can never repay. However, in a small way by creating a monument, we can honor their sacrifice.”

Henry Berumen, who has worked on other local memorials, will etch the names onto the memorial. Academy Granite in Clovis is supplying the granite.

Council approved constructed the memorial by a 7-0 vote. Some council members noted that the existing Fresno Veterans Memorial Auditorium needs some TLC. 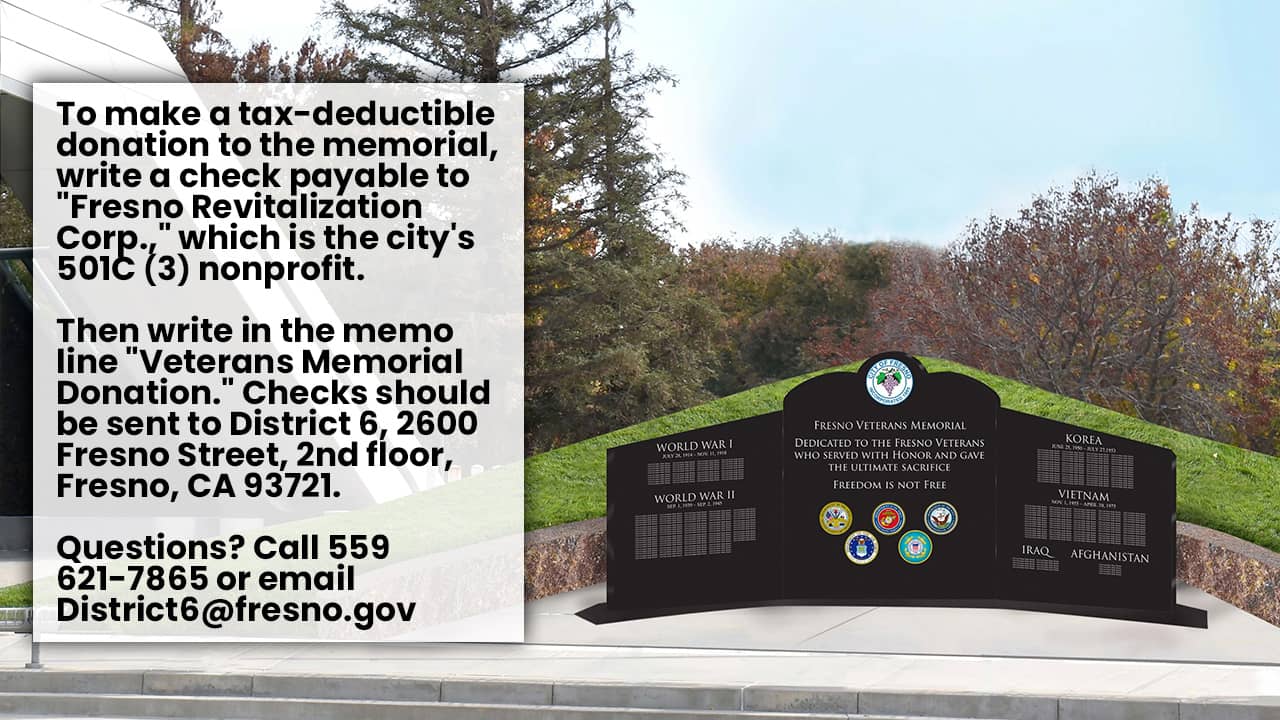