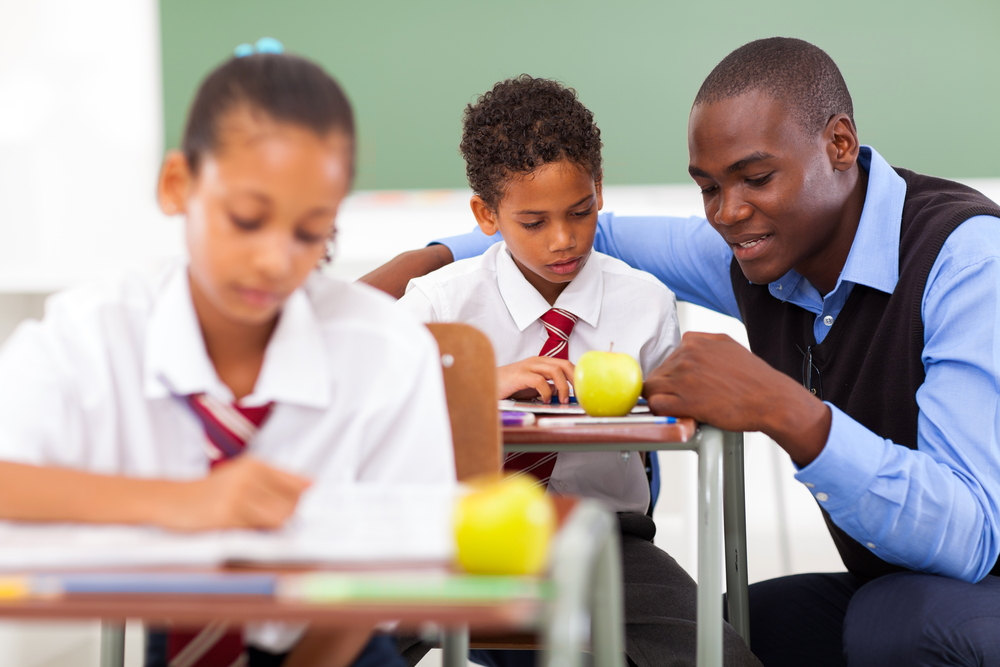 There has long been an academic achievement gap between white and black students.

Historically, black students have graduated from colleges and universities at lower rates than their white peers. California, which is home to the fifth-largest black population in the country, is no exception.

However, new research shows that having just one black teacher can make a world of difference and help black students thrive academically.

Black students randomly assigned to a black teacher are more likely to graduate from high school and more likely to enroll in college, according to a study the National Bureau of Economic Research conducted.

“Black teachers provide a crucial signal that leads black students to update their beliefs about the returns to effort and what educational outcomes are possible,” the study reported.

The study also found that having a single black teacher can reduce black male students’ high school dropout rates by a third.

The report comes at a time when California’s two public university systems are working to improve African American graduation rates and how quickly black students earn their degrees.

Nearly half of black students attending one of the 10 University of California campuses graduate in four years compared with close to 70 percent of white students, according to a study done by The Campaign for College Opportunity. 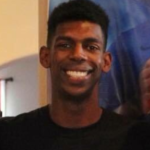 All It Takes Is One

Although Wills never had a black teacher growing up, he has several this year at San Diego State University. He said all of them are having a positive impact on his college experience.

“When students see someone that looks like them, it expands their ideas of who they can be,” he said. “That is why I believe that so many black kids want to be professional athletes, actors, or rappers. That’s what they’ve been shown they can be.”

Does It Really Matter?

However, Alemseged Asrat, who came to the U.S. as a refugee from Ethiopia, said having an African American teacher is irrelevant to a student’s academic success.

“I don’t care who their teacher is, my children do not see color difference when they see the teacher,” said Asrat, whose kids attend schools in Fresno and Clovis. “As long as their teacher is good at what he is doing, he is good for both the student and parent.”

Despite the demographic differences in their districts, local district officials agree that having teachers who look like their students is advantageous.

“When students see someone that looks like them, it expands their ideas of who they can be.” — Shawn Wills, father of Jalen Wills

Kimberly Collins, Fresno Unified’s human resources administrator, said the district recognizes the need for a more diverse workforce. “We strive to recruit and retain high-quality teachers, including those from traditionally unrepresented groups,” she said.

In the 2017-18 school year, there was a reported 73,455 students in Fresno Unified, the fourth-largest school district in California. African Americans make up the fourth largest ethnic group at nearly 6,000 students, a little over 8 percent of the district’s student population.

Asrat said the responsibility of how well students perform in school should fall on parents, not teachers.

“It is up to us parents to create a positive impact on our children’s education career and their future life,” she said. “I came to this country as a refugee, went to school, learned, and have become a professional. If I can do it, anyone can do it, no excuses.”

Programs like the Transition to Teaching Program and the Fresno Teacher Residency Program have helped the district in hiring teachers of different ethnicities, Collins said.

Both programs have placed over 300 teachers in Fresno Unified, 65 percent of which represent the diversity of the populations they serve, Collins said.

The district’s efforts appear to be beneficial to students. There were seven fewer African American dropouts in the 2016-17 school year than 2015-16.

Graduation rates are improving as well. The percentage of African American students graduating college-ready increased by nearly 4 percent in the same time frame.

In Clovis Unified, there are nearly 1,400 African American students, making up 3.2 percent of the district’s 43,106 student population. 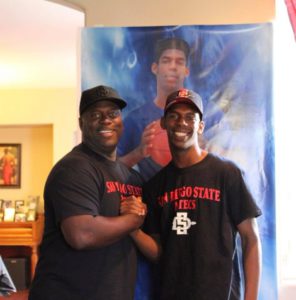 Shawn Wills shakes hands with his son Jalen Wills at his graduation party in 2018.

Out of the district’s nearly 2,000 teachers, about 30 are African American.

Associate Superintendent Barry Jager said Clovis Unified understands the value in having staff who reflect the diversity of its student body.

“We are always looking for qualified diversity candidates in all of our hiring of teachers as well as other staff,” Jager said.

The district partners with local universities, community groups, and additional recruiting platforms to post positions and market all openings in Clovis Unified.

The district also has a recruiter and a community relations coordinator that focus on diversity hiring and play an integral role in its panels, interviews and recruiting, Jager said.

Shawn Wills, who has two other children enrolled at Clovis High, said he appreciates the district’s efforts.

“Having a diversified staff of teachers, principals and administrators also shows me, as a parent, the school district is cognizant of all students,” Shawn Wills said. “I truly believe all students benefit.”

Although the number of African American dropouts increased by two from 2015-16 to 2016-17, Clovis Unified saw a nearly 4 percent increase in African Americans graduating college-ready in the same time period.

Creating An Environment Conducive To Success 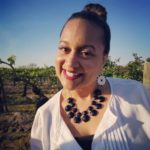 “We have found that surrounding students with those who welcome all cultures and allow students to be themselves creates an environment conducive to success for all students.” — Maisie Young, intervention specialist at Central Unified

However, the district only has 13 black teachers, a number Maisie Young hopes to increase.

“We recruit teachers at all of our local job fairs at Fresno State, Fresno Pacific, National University, and at the district office,” said Young, an intervention specialist at Central Unified. “We also advertise about our open teaching positions on EdJoin, social media, radio stations, and at the Maya Cinemas.”

African Americans made up 82 of the district’s 994 graduates for the same school year. Only 28 graduated college ready.

“We acknowledge that there may be times where a student might feel more comfortable speaking to someone who looks like them,” Young said. “But we have found that surrounding students with those who welcome all cultures and allow students to be themselves creates an environment conducive to success for all students.”

Erika Taylor-Ruffin agrees, saying that having teachers that look like their students can enhance their learning experience.

“It makes the students more receptive to learning new things and makes them want to become better students,” said Taylor-Ruffin, a special education teacher at Rio Vista Middle School. “Teachers of color inspire their students to be all that they can be.”

Tesla Walks Back Its Plan to Close Most Showrooms