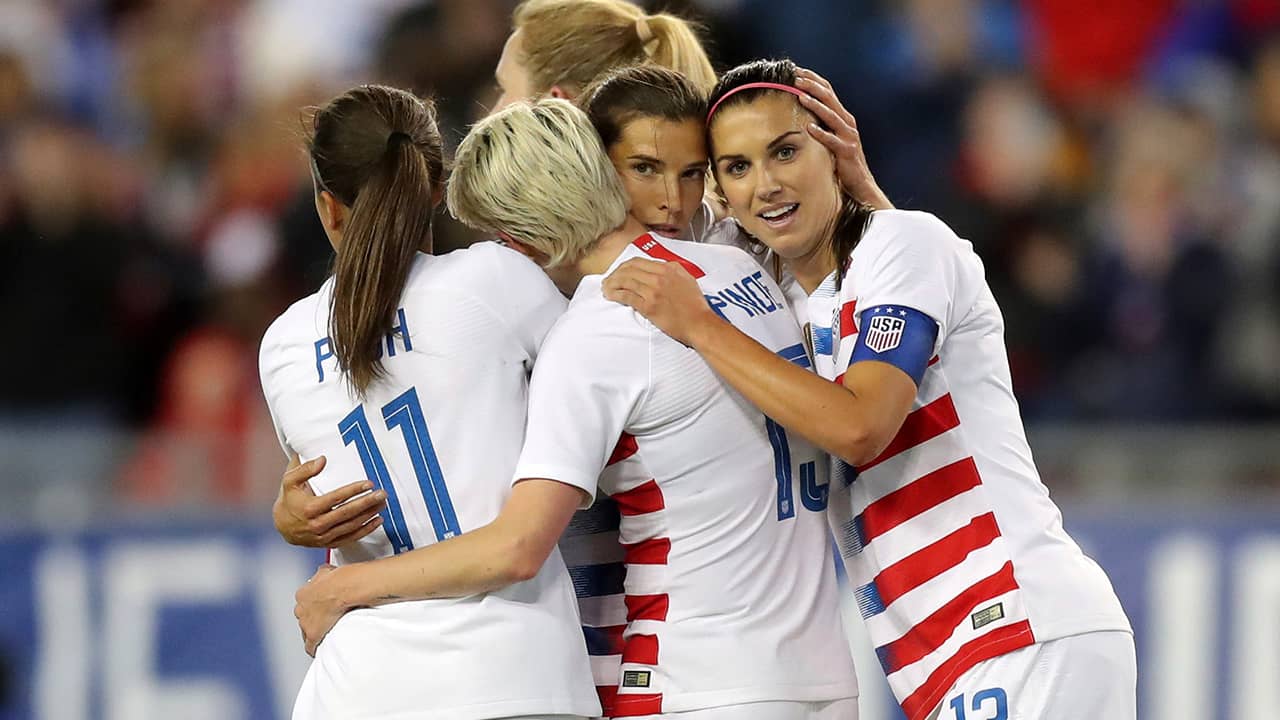 Players for the U.S. women’s national soccer team have filed a federal gender discrimination lawsuit seeking pay that is equitable to that of their male counterparts.

The action comes just three months before the team will defend its title at the Women’s World Cup in France.

“We believe it is our duty to be the role models that we’ve set out to be and fight to what we know we legally deserve. And hopefully in that way it inspires women everywhere.” — forward Christen Press

The players allege that they have been subject to ongoing “institutionalized gender discrimination,” including unequal pay, despite having the same job responsibilities as players on the men’s national team. The 28 members of the current national team player pool joined in the class-action lawsuit against the U.S. Soccer Federation, which was filed Friday in federal court in Los Angeles under the Equal Pay Act and Title VII of the Civil Rights Act.

The players are seeking equitable pay and treatment, in addition to damages including back pay.

“We believe it is our duty to be the role models that we’ve set out to be and fight to what we know we legally deserve,” forward Christen Press told The Associated Press. “And hopefully in that way it inspires women everywhere.”

The U.S. Women’s National Team Players Association was not party to the lawsuit, but in a statement said it “supports the plaintiffs’ goal of eliminating gender-based discrimination by USSF.”

The U.S. Soccer Federation didn’t have an immediate comment.

Not the First Time Players Have Sought Equal Pay

The USSF has maintained in the past that much of the pay disparity between the men’s and women’s teams results from separate collective bargaining agreements.

The women’s team set up its compensation structure, which included a guaranteed salary rather than a pay-for-play model like the men, in the last labor contract. The players also earn salaries — paid by the federation — for playing in the National Women’s Soccer League.

The women receive other benefits, including health care, that the men’s national team players don’t receive, the federation has maintained.

This is not the first time the players have sought equitable compensation and conditions.

A group of players filed a complaint in 2016 with the federal Equal Employment Opportunity Commission that alleged wage discrimination by the federation. The players maintained that players for the men’s team earned far more than they did, in many cases despite comparable work.

Players Received Raises in Base Pay and Bonuses

The team took the fight for equality into contract negotiations and struck a collective bargaining agreement in 2017 that runs through 2021.

The players received raises in base pay and bonuses as well as better provisions for travel and accommodations, including increased per diems. It also gave the players some control of certain licensing and marketing rights. Specific details about the deal were not disclosed.

“At the heart of this whole issue we believe that it’s the right thing. We believe that there has been discrimination against us.” — midfielder Megan Rapinoe

“This lawsuit is an effort by the plaintiffs to address those serious issues through the exercise of their individual rights. For its part, the USWNTPA will continue to seek improvements in pay and working conditions through the labor-management and collective bargaining processes,” the players’ union said.

The lawsuit filed Friday seeks “an adjustment of the wage rates and benefits for Plaintiffs Morgan, Lloyd, Rapinoe and Sauerbrunn and the class to the level these Plaintiffs and the class would be enjoying but for the USSF’s discriminatory practices.”

“At the heart of this whole issue we believe that it’s the right thing. We believe that there has been discrimination against us,” midfielder Megan Rapinoe said. “And while we have fought very hard and for a long time, whether that be through our CBA or through our players association, putting ourselves in the best possible position that we can to get the best deal that we can, we still feel that we don’t have what we’re trying to achieve, which is equality in the workplace.”

Related Topics:discriminationFrancegenderpayplayerssoccerU.S. Soccer Federation
Up Next