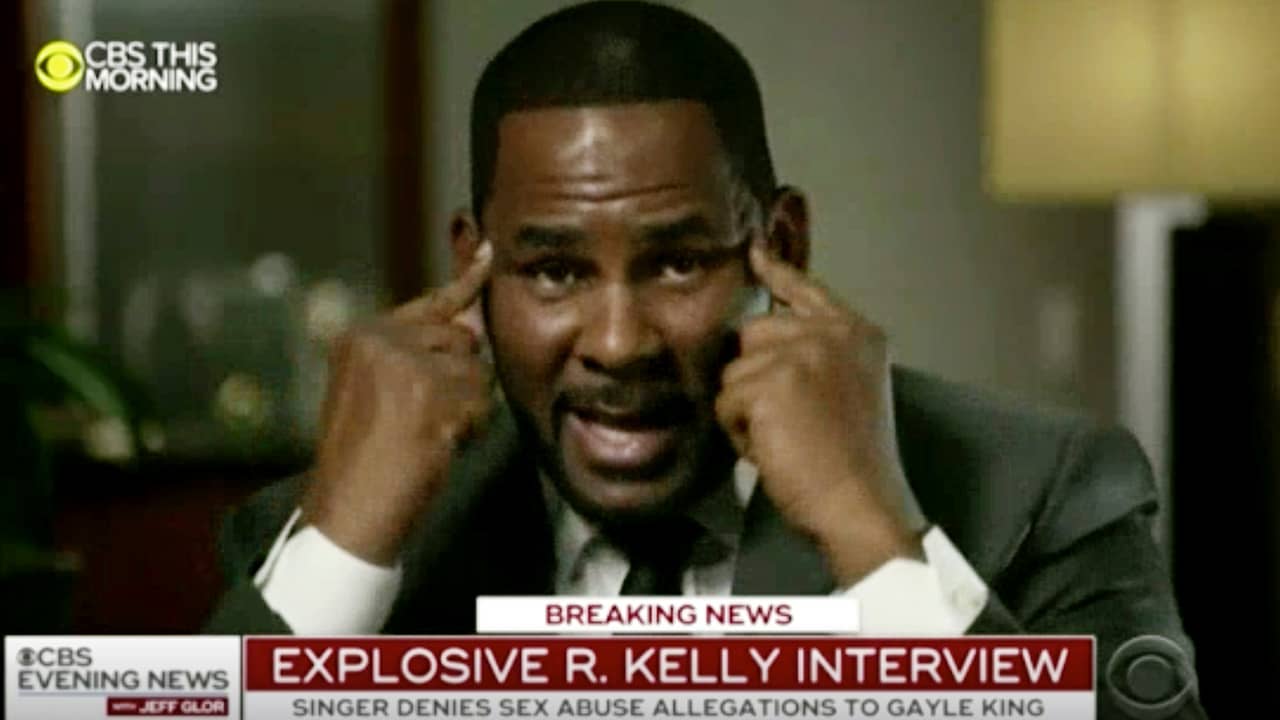 CHICAGO — R&B star R. Kelly cried, angrily stood up and ranted about being “assassinated” during his first interview since being charged with sexual abuse, calling his accusers liars and saying people are after him for his money.

Kelly, one of the best-selling music artists of all time, told Gayle King of “CBS This Morning” that he never sexually abused women or controlled their lives. The 52-year-old singer was charged last month in Chicago with sexually abusing four females dating back to 1998, including three underage girls.

“I didn’t do this stuff! This is not me!” He cried as he hit his hands together, saying: “I’m fighting for my (expletive) life.” — R. Kelly

“All of them are lying,” Kelly said in segments of the interview broadcast Wednesday. “I have been assassinated.”

At one point during the interview, Kelly angrily stands up and starts pacing, his voice breaking as he yells, “I didn’t do this stuff! This is not me!” He cried as he hit his hands together, saying: “I’m fighting for my (expletive) life.”

Kelly, out on bail following his Feb. 22 arrest in Chicago, said earlier in the interview that he had done “lots of things wrong” when it comes to women, but said he has apologized. He denied doing anything against their will. The singer said he believes social media is to blame for fueling the allegations against him.

“I have been buried alive, but I’m alive,” he said, later adding that he needed someone to help him “not have a big heart.”

When pressed about whether he was attracted to younger women, the 52-year-old Kelly said: “I’m an older man who loves all women.” He acknowledged living and being in a relationship with two young women.

The recording artist has been trailed for decades by allegations that he violated underage girls and women and held some as virtual slaves. Kelly has consistently denied any sexual misconduct and was acquitted of child pornography charges in 2008. Those charges centered on a graphic video that prosecutors said showed him having sex with a girl as young as 13.

As part of his current case, Kelly is forbidden from having any contact with females younger than 18. He has pleaded not guilty to 10 counts of aggravated sexual abuse.

Interviews with the two women who live with Kelly will air Friday, including one woman whose parents say is being held against her will. Kelly suggested during the interview that the young woman’s parents were in it for the money and put blame on them for his relationship with their daughter, saying they brought her to watch him perform when she was a teenager.

A lawyer representing the couple bristled at the allegation during a news conference Wednesday, saying Timothy and Jonjelyn Savage never asked for or received money from Kelly. The couple said they haven’t spoken to their 23-year-old daughter for two years and asked Kelly to make her available to talk to them.

CBS said it interviewed Kelly for 80 minutes. More of the interview is expected to air Thursday,

In an excerpt that aired Tuesday night, Kelly told King that allegations of him having sex with and abusing underage girls were “not true,” calling them “rumors.” When King asked Kelly if he has held women against their will, he replied: “That’s stupid!”

“Use your common sense. Forget the blogs, forget how you feel about me,” Kelly said. “How stupid would it be for me, with my crazy past and what I’ve been through — oh right now I just think I need to be a monster, and hold girls against their will, chain them up in my basement, and don’t let them eat, and don’t let them out.”

“When you beat something, you beat it. You can’t double jeopardy me like that. It’s not fair,” Kelly said.

“He fails to understand that it doesn’t matter ‘how long ago’ it happened. And he also has no clue as to how ‘double jeopardy’ works,” the attorney tweeted.

In a follow-up tweet, Avenatti addressed the emotion that Kelly shows in the interview: “R. Kelly’s tears are out of fear and despair. Because he knows that after over two decades of sexually abusing underage girls, we blew this wide open and have him and his enablers dead to rights.”

AP NewsBreak: US Plans to Lift Protections for Gray Wolves

Dems Struggle to Respond to Omar Over Israel, Bigotry