“The President of The United States,

You are hereby ordered to report for induction into the ARMED FORCES of the UNITED STATES. …” 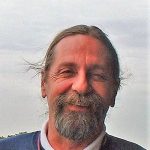 There hasn’t been a military draft since 1973, five years after Nixon’s campaign pledge to end it, but halting the military draft didn’t halt the legal requirement for all young men, within 30 days of their 18th birthday, to register with the Selective Service System.

In light of the judge’s ruling, now would be the perfect time to institute a Universal Service system.

The notion that the whole is greater than the sum of its parts is the identity of the universal service model, and our nation will be richer for the contributions of our young people in hospitals, inner-city schools, economically challenged neighborhoods, and meaningful public-service projects, much like the Civilian Conservations Corps programs many of our fathers were part of during the Depression.

Back in the sixties, the draft was like a guillotine, suspended above the necks of American men between 18 and 26 years old. It was the defining reality for thousands who had to make college, work, life, and love decisions, sometimes on the fly and without warning. Historically, draftees have played a smaller and smaller role in the armed forces as time moves forward.

During World War II, fully two-thirds of the 16 million troops in uniforms were draftees. In Korea, there was virtual parity between draftees and volunteers. The Vietnam-era, the period when the draft endured its harshest public relations assaults, the numbers from World War II were reversed – two-thirds of the troops in uniform during the Vietnam-era were volunteers.

Judge Miller said that while “historical restrictions on women in the military may have justified past discrimination,” men and women now have many similar roles.

We just learned of the death of Shannon Kent, a Navy Cryptologic Technician killed by a suicide bomber in Syria while on her fifth combat deployment earlier this month. All reports reveal Kent’s superior abilities and service record, accompanying Special Operations forces in Afghanistan. Kent, was posthumously promoted to Senior Chief Petty Officer and awarded the Bronze Star for her service in direct support of SEAL Teams operating in theatre. “Direct” as in accompanying teams on raids. Boots on the ground stuff, just like her male counterparts. 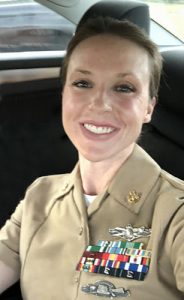 A dozen female soldiers have graduated from Army Ranger School, widely regarded as one of the most grueling training programs in any service. They jump out of airplanes, they conduct combat patrols and call in artillery strikes, they eat snakes for crying out loud, and you want me to believe they shouldn’t be eligible for the draft like their brothers, hooey!

While on a search-and-rescue mission during the first Persian Gulf War in 1991, the Black Hawk helicopter Maj. Rhonda Cornum was riding in was shot down. Taken prisoner by Iraqi forces, Cornum suffered two broken arms and a gunshot wound in the back. She retired in 2012 as a Brigadier General.

U.S. Sen. Tammy Duckworth lost her legs piloting a Blackhawk helicopter hit by an Iraqi RPG. She has the dubious distinction of being the first American female double amputee from the Iraq War.

In 2016, Brigadier General Diana M. Holland was named the first woman Commandant of Cadets at the US Military Academy at West Point, 26 years after graduating from the Academy in the Class of 1990, only 14 years after the first 300 female cadets were admitted to America’s service academies in 1976.

And let’s not forget Regina Reali of Fresno who was killed when an IED blew up near the Humvee she was riding in on December 23, 2005. Reali was a 24-year-old Army Reserve sergeant.

In 2016, the Department of Defense opened all combat jobs to women, a recognition of contemporary combat realities, and the fact that 14 years after going to war, less than one-half one percent of the U.S. population had shouldered the burden.

My Proposal for Universal Service

Here is my back of a matchbook scheme for Universal Service.

Following graduation from high school, and after a summer of processing and skills assessment, every able-bodied 18-year-old man and woman will perform two years of meaningful foreign or domestic service. Service should not be limited to the military, though it is very likely that many will choose that option. The only exception will be for those who are profoundly disabled. Under this system, everyone goes. Male, female, rich or poor, no exemptions. Yeah, even those kids in the fancy prep schools have to go, too. Daddy’s money and a Mommy note won’t let them skate this time.

Related Story: My Band of Brothers Died in Vietnam. Only They Didn’t Know It.

The young people we send off to serve America will return as mature, well-rounded adults, prepared to face the challenges of life with a sense of purpose and a goal. They will teach the rest of us the most valuable lesson in life — you do not stand alone.

The young people we send off to serve America will return as mature, well-rounded adults, prepared to face the challenges of life with a sense of purpose and a goal. They will teach the rest of us the most valuable lesson in life — you do not stand alone.

When they return, they will have earned credits toward four years of higher education, whether it be college or university, in a community college or the Ivy League, or a trade school, including apprenticeship programs where they refine their skills building America. Following service, they will be much better prepared to make the decision of how and where to advance their education.

The skills they develop will serve them throughout their lives, and be the basis for the lessons they share with the rest of us.  They will teach us about mutual respect, after being in close quarters with people they would never have met otherwise, and whose only common traits are their youth and energy.

Life is much easier when cooperation is the central theme of your responses and actions. That goes for black, white, gay, straight, Republican, male, Hispanic, Jew, Democrat, female, Christian, Muslim or atheist.  Life is much easier if you work together, cooperate, and strive for a common goal.

The notion that the whole is greater than the sum of its parts is the identity of the universal service model, and our nation will be richer for the contributions of our young people in hospitals, inner-city schools, economically challenged neighborhoods, and meaningful public-service projects, much like the Civilian Conservations Corps programs many of our fathers were part of during the Depression.

Judge Miller has opened the door for rousing public debate of a program of universal service, not selective service, and how it will benefit our nation in the short term and long term by giving young people a real sense of having a stake in the future.

Life is a team sport, and if you want to play, you have to be on the team.

Jim Doyle of Fresno is a freelance writer and veterans advocate. He wrote this for GV Wire.