NFL Aims to Handle Kraft Case Like Any Other Conduct Matter 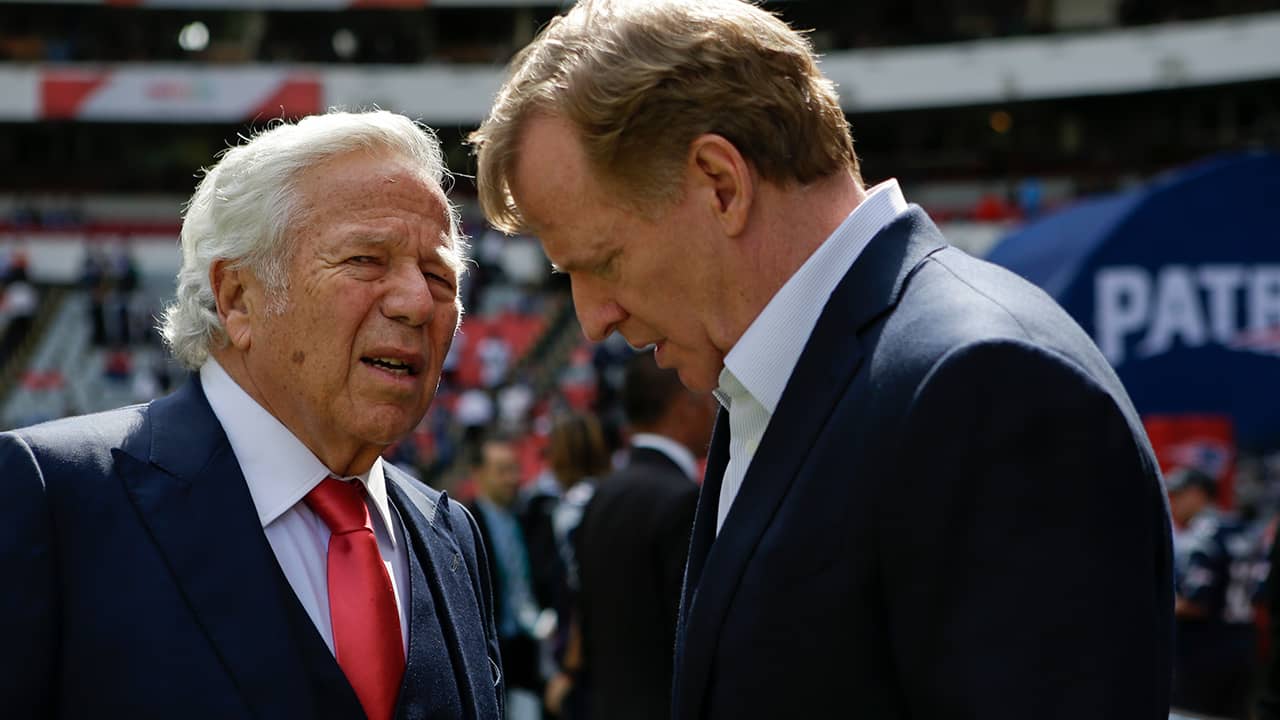 NEW YORK — The NFL says it will handle the sex solicitation case involving New England Patriots owner Robert Kraft as it would any other issue under the league’s conduct policy.
The 77-year-old owner has been charged with soliciting a prostitute in Florida as part of a crackdown on sex trafficking. Hundreds of arrest warrants have been issued. Police are still investigating and there likely will be a league inquiry.

Authorities say Kraft visited the massage parlor on the morning of the AFC Championship Game, which he attended in Kansas City later that day.
According to documents released by the Palm Beach State Attorney’s Office on Monday, it was his second visit to the parlor in less than 24 hours.

The documents say Kraft arrived at the Orchids of Asia Day Spa in a chauffeured 2015 blue Bentley at 11 a.m. on Jan. 20. He was videotaped receiving oral and manual sex from a woman at the spa in Jupiter. Officials say he gave her a $100 bill and another bill.
Kraft and 24 other men were charged by Florida officials last week.
The NFL says in a statement Monday its personal conduct policy “applies equally to everyone in the NFL and it will handle “this allegation in the same way we would handle any issue under the policy.”
The league adds it is “seeking a full understanding of the facts” and does not want to “interfere with an ongoing law enforcement investigation.” The NFL says it will “take appropriate action as warranted based on the facts.”
Commissioner Roger Goodell could fine or suspend Kraft from any activities involving the Super Bowl champions.
This story has been updated.