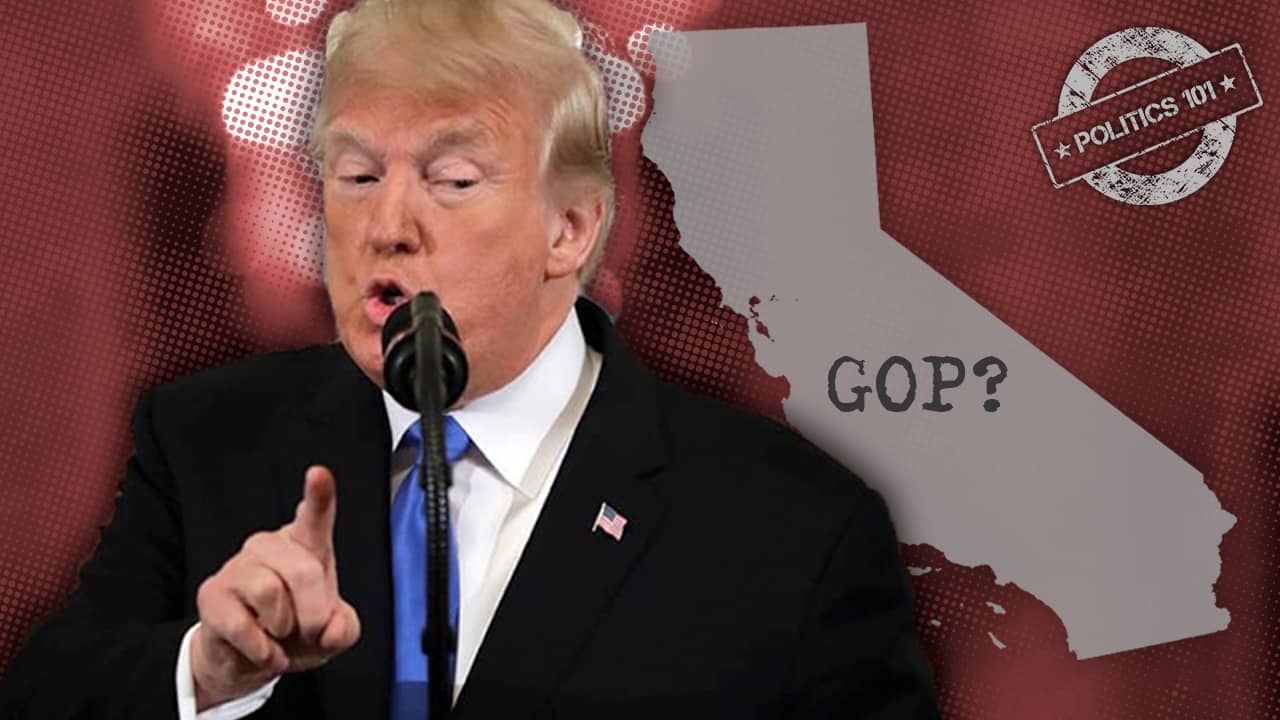 Much has been written and previewed regarding this weekend’s state Republican Party convention in Sacramento. Party delegates will choose a new chairperson. Three candidates pose two different points of view — former Assemblyman Travis Allen, party activist and writer Steve Frank, and the head of the California Trailblazers program, Jessica Patterson.

Allen and Frank just announced they are supporting one another, in the event the ballot goes to a second round, in an effort to defeat Patterson. Allen and Frank say that the party is not Trump enough, and are calling for better outreach to register more Republicans.
“Jessica Patterson is a career staffer bought and paid for by the special interests that protect themselves, not the GOP or our candidate,” the two said in a joint news release.
GV Wire interviewed Allen and Frank when they spoke last month at a Fresno County & City Republican Women Federated event. You can watch those segments in the video above. Patterson did not respond to repeated requests for an interview.
Fred Vanderhoof, chairman of the Fresno County Republican Party, echoes the views of Allen and Frank that Trump isn’t hurting California GOP candidates.
“I don’t think it’s Trump. I think we have a big push from the Democrats in this state,” Vanderhoof said.
The Fresno County party chose not to endorse a candidate in the party contest. However, much of the Valley Republican delegation in Sacramento is supporting Patterson, including state Sen. Andreas Borgeas and assemblymen Jim Patterson (no relation), Frank Bigelow, and Devon Mathis.
Vanderhoof pointed to possible voter fraud as another reason why Republicans did poorly last November, citing a recent settlement between Los Angeles County and a voter rights group.
“Voter fraud is one of the major issues. As time goes by, the truth will come out,” Vanderhoof predicted.

Fresno’s Meter Maid of the Future Early 21st-century technology could finally hit the streets of Fresno. The city is requesting proposals to upgrade at least 200 downtown parking meters.
Here are some of the city’s requirements for so-called “smart” meters:
— Meters must accept credit cards, city parking cards, cash, and coins. Any costs to use a credit card cannot be passed on to the city.
— Meters should have a sensor to determine when a car leaves its space.
— “Integration with online payment app providers to provide occupancy sensor information when app-based parking sessions are purchased.”
— Software must be able to send notifications (like texts) to meter enforcers when time expires.
— The meters must operate in temperatures from -10F to 185F.
— Meters must be at least 4G LTE compliant
The requests went out Feb. 14 and are due back March 19.

Fresno Unified is opening the door to changing attorneys.
The district is soliciting requests for proposals from legal firms to represent the district and the school board. It is the first time in at least 15 years such a request has been made, according to a district memo.
For Trustee Carol Mills, herself an attorney for the California Court of Appeal, seeking a new attorney contract is long overdue.
“Just like we do for other professional services, we post for a request for proposal. We reassess every five years or so. For the entire time, I don’t ever remember a post for legal counsel,” Mills said.
She added that the board in the past relied on the superintendent’s recommendation to retain legal services. While the district utilizes many different firms, depending on the specialty, general legal services are provided by Fresno-based Atkinson, Andelson, Loya, Ruud & Romo.
School district chief of staff David Chavez said the California School Boards Association recommends putting a legal services contract up for bid every three to five years.
Mills said that AALRR is welcome to bid on continuing its relationship with the district. Proposals are due March 8.

Charter schools are public schools. And, the boards that run them should be transparent and accountable.
That’s what SB 126, authored by Sen. Connie Leyva (D-Chino) and Assemblyman Patrick O’Donnell (D-Long Beach) hopes to achieve. Their bill would require charter school board meetings to operate under the same state open meeting laws (Brown Act, Bagley-Keene Open Meeting Act) as the governing bodies of school districts.
“This bicameral response will ensure that charter school governing boards, in accepting public funds, meet the same requirements as other public schools,” Leyva said in a news release.
The bill passed on the Senate floor 34-2 on Thursday (Feb. 21) and heads to the Assembly. Valley senators Andreas Borgeas (R-Fresno) and Melissa Hurtado (D-Sanger) voted in favor.
Fresno County has 37 charter schools, according to the California Department of Education.