How Much Water Has Fallen on California? 18 Trillion Gallons in Feb. 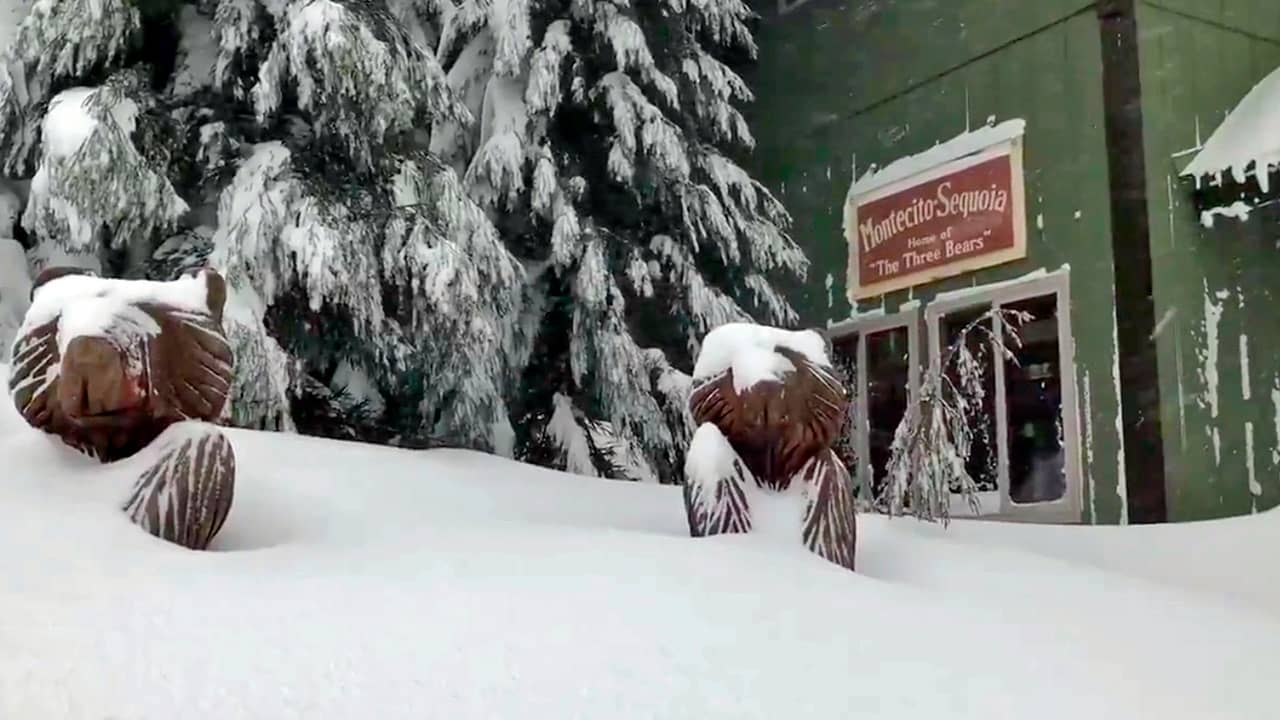 Here in the San Joaquin Valley, we’ve had ample rain and, at higher elevations, heavy snowfall this winter.
It’s the same story throughout much of California.
The Bay Area station of the National Weather Service put it into perspective with a tweet Sunday noting that February’s precipitation equaled 18 trillion gallons of water — enough to fill 27 million Olympic-sized swimming pools or nearly half of Lake Tahoe.

Q: How much water has fallen in California so far this month?

Nearly Five Times as Much Rain for Fresno

Moreover, all of this precipitation comes on the heels of an October prediction by the National Oceanic and Atmospheric Administration that drought conditions might worsen in much of Southern and Central California.
Comparing this season thus far to last, Fresno has received nearly five times as much rain. In fact, with 7.65 inches through Monday, Fresno is in good shape to meet or surpass its season average of 11.50 inches.
FYI: The National Weather Service rainfall season begins Oct. 1 and ends Sept. 30 of the following year.

The Sierra snowpack throughout the Valley is at 150% to 175% of its average for this time of year. Up at Huntington Lake, the snowpack was measured Tuesday morning at nearly 163 inches.
Further north, the story is much the same. The National Weather Service at Reno has even come up with a hashtag name for this month: #FebruBURIED.

Here are some snow totals from ski resorts in the area over the past 24 hours & their reported season totals, so far. Can you say #FebruBURIED?? Snow will continue today with lake enhancement possible downstream from area lakes. For more info: https://t.co/dbXyiDbuRO #NVwx #CAwx pic.twitter.com/PsVTitHHLN

Meanwhile, farmers will be happy to know that the Sierra snowpack contains a lot more water than normal.

Freeze warnings and frost advisories were in effect early Tuesday in the Central Valley, the Central Coast, around Los Angeles and down through the interior of Southern California.
A cold system is expected Wednesday but it’s not likely to produce much rain or snowfall.
But the Los Angeles-area weather office says Thursday looks to be an interesting day.
A very cold system from the Canadian interior is predicted to move into the state from Nevada, meaning the air mass won’t be modified by passage over relatively warm ocean waters.
Forecasters say snow levels around Southern California could fall as low as 1,500 feet almost anywhere, except along the coast.