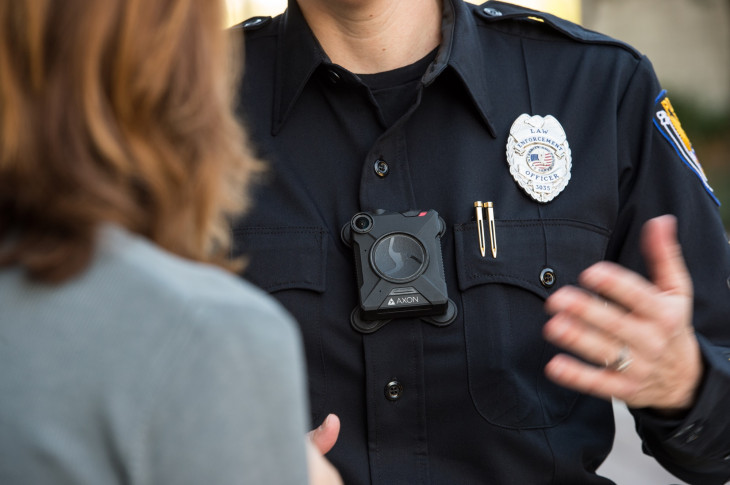 For the first time, all 62 Clovis Police Department patrol officers are outfitted with a body-worn camera.
Wednesday morning, the department finished mounting the docking stations for the cameras at headquarters. 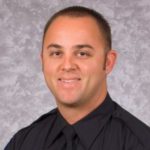 The department’s Axon body cam system cost $104,000, which covered the cameras and the first year of cloud storage.
Two grants — Community Corrections Partnership and Community Oriented Policing Services (COPS) — funded $69,000 of the cost. The city’s General Fund paid for the remainder.
The General Fund also covers the $100,000 annual operating cost of the body cam system, Munro said.
As part of a five-year contract, the department can trade in all 62 cameras for updated versions every two years.

Having access to more evidence and being more transparent are two of the reasons the department invested in the cameras, Munro said.
“They allow us to show the public what’s going on,” he said. “If we have a critical incident, we can show that our officers either did the right thing or they didn’t.”

That, in turn, saves the department time and money in investigating complaints.

“Before body cameras, people would make a complaint and a lot of staff time would be used to investigate, interview, and document,” Munro said. “With body cameras, we can review the footage and substantiate the complaint as valid.”

Munro said the cameras have also kept officers out of court.
“When a traffic or criminal violation is caught on camera, the likelihood an officer is going to be testified against decreases,” Munro said.
Axon states on its website that “agencies big and small have seen up to an 88% drop in complaints after wearing” its cameras.

Cameras Good for a 12-Hour Shift

The rechargeable cameras can last an entire 12-hour shift but are only activated once an officer is on a call.
Once finished with a shift, officers remove the cameras from their uniforms and place them on a dock.
Each dock charges the camera and uploads video footage to cloud storage.
The ultimate goal, Munro said, is for every sworn officer to have a camera.