Question About His River Access Vote Gets Under Brandau's Skin 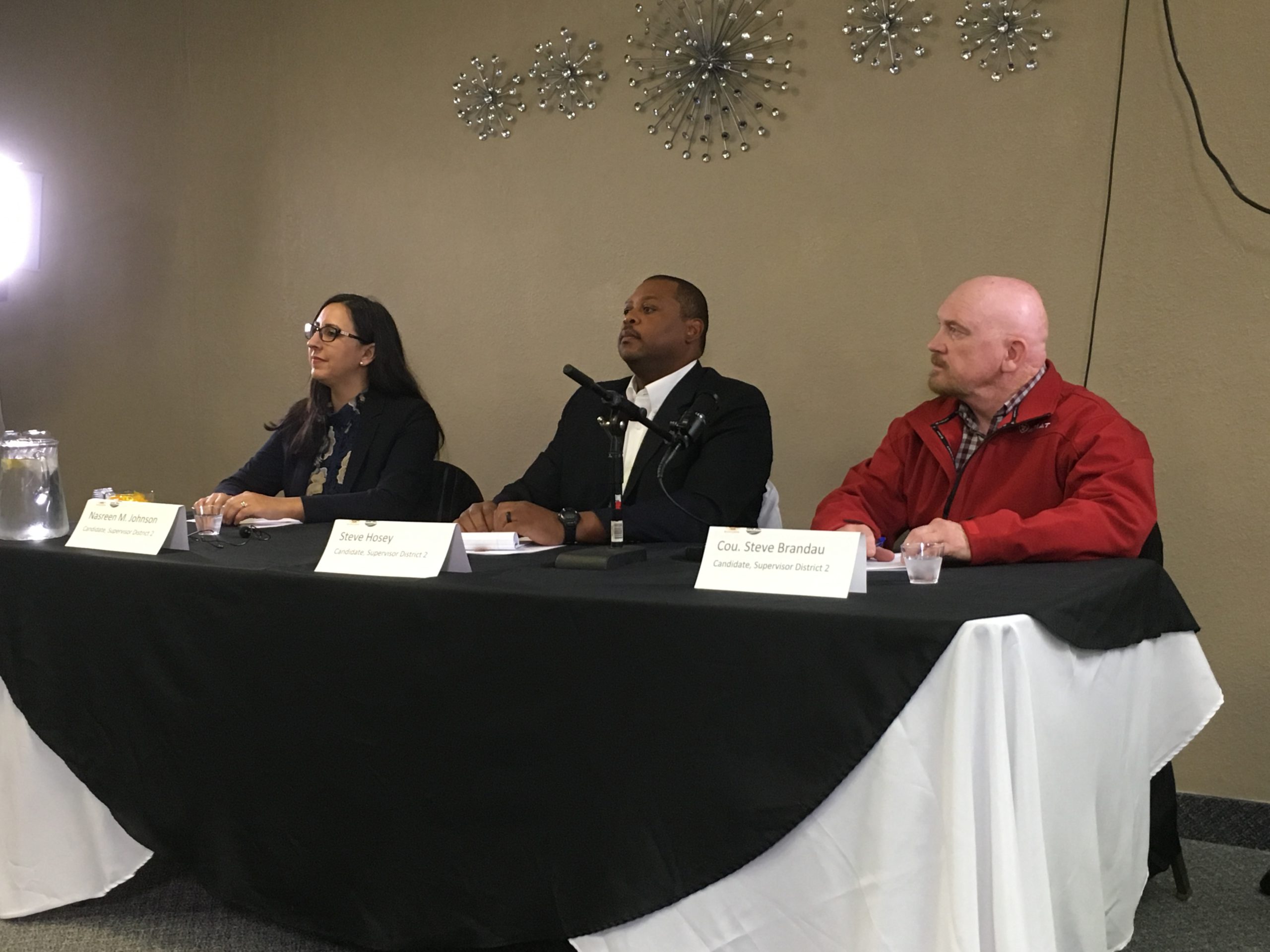 For much of Monday’s (Feb. 11) Board of Supervisors District 2 forum, the three candidates discussed various topics in a genial manner.
Then, the moderator asked Fresno City Councilman Steve Brandau about the San Joaquin River access controversy.
The question, presented by Daren Miller, asked why Brandau voted to “destroy River View Drive” to build a $5 million access road and parking lot “at the top of a landfill.”
Brandau represents the city council on the San Joaquin River Conservancy Board.

Brandau exploded at the questioner and the audience.
“This is a loaded question. It is a BS question,” Brandau said. When the audience of a 100 or so grumbled, Brandau fired back.
“Hey!” he yelled, “there is no access destroyed. That is just nonsense.”
Brandau explained that his controversial vote on the San Joaquin River Conservancy Board in December 2017 would build an access road to the river through Spano Park. The other option was expanding an access point through a nearby neighborhood in the River Bluff section of the city.
“Do you want to go into a neighborhood or do you want to go into the commercial center where the infrastructure is there for that?” Brandau said.
He also said that anyone going via bus to the river in that area would have a 21-minute walk using the neighborhood access compared to five minutes using the proposed access road.

Another candidate, Nasreen Johnson, a marketer with the Fresno County Economic Opportunities Commission, criticized Brandau’s vote.
“It is irresponsible to spend an extra $5 million doing a road that will take forever to build, and have a lot of hurdles, when there is currently an access point that was previously built in that neighborhood,” she said.
Candidate Steve Hosey, a former professional baseball player and now a businessman, raised the possibility of coming up with a less costly alternative to the $5 million proposal. He talked about how important parks and green space were for him while growing up.
“Public access to our rivers is imperative to our youth and our community,” he said. “I would support anything that increases access to our rivers.”
Watch the video of the candidates’ responses to the question at the top of the page.

Brandau, Johnson, and Hosey are running in a March 5 special election to fill the seat vacated by Andreas Borgeas, who was elected to the state Senate.
The Black Women Organized for Political Action and the Black American Political Association of Fresno hosted the forum at the Vision View Office Complex near the airport.
The 90-minute forum covered 10 topics. Among them: water, the homeless, and land use.

Johnson also took a swipe at Brandau when answering a question about rezoning land.
“You’ll notice I have zero developers funding my campaign,” she said. “I’m not tied to any developers, and I truly have the voice of the people and the health of the community in mind.”
Developers have contributed tens of thousands to Brandau’s campaign.
The donors include Granville Homes. The company’s president and CEO, Darius Assemi, is the publisher of GV Wire.
Brandau defended himself saying that excessive fees on land development lead to higher housing costs.
Hosey, a developer of commercial real estate, said that if fees are fair he supports them but there needs to be a balance.

In His Own Words: Gov. Newsom's First State of the State Address