Newsom: Bullet Train Will Only Go Through Valley 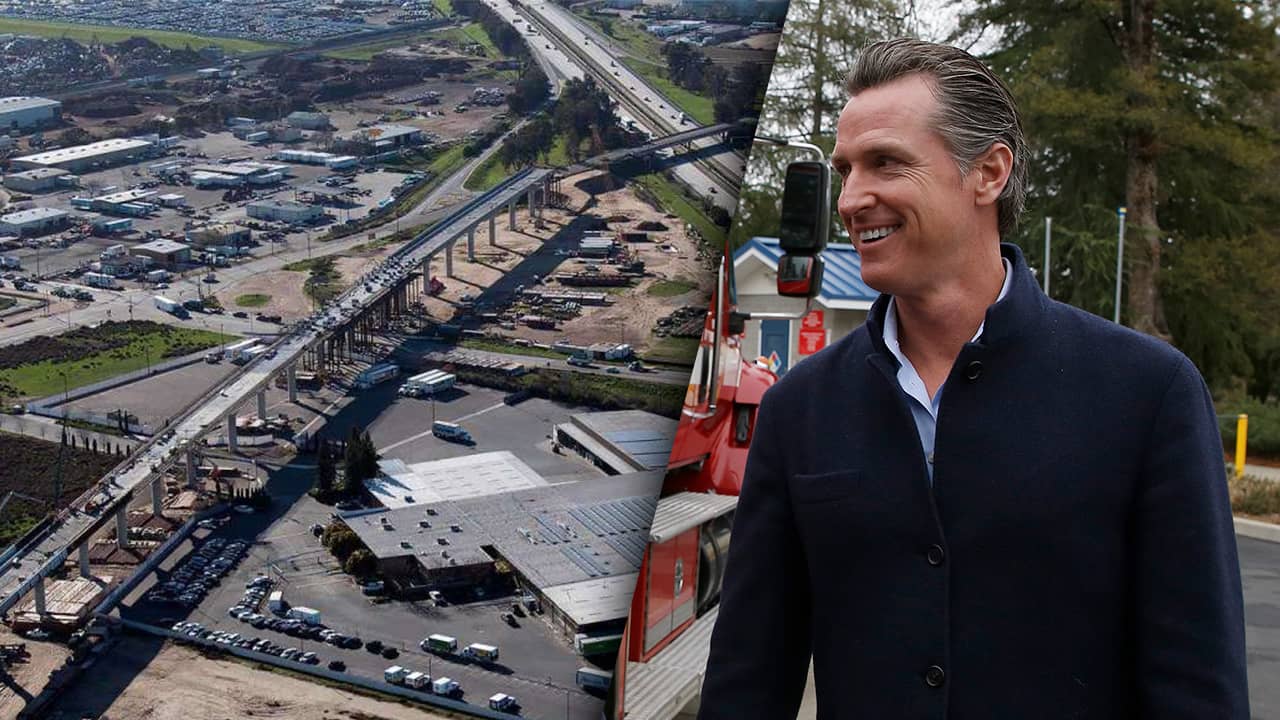 SACRAMENTO — California Gov. Gavin Newsom announced Tuesday he’s abandoning a plan to build a high-speed rail line between Los Angeles and San Francisco, a project with an estimated cost that has ballooned to $77 billion.
“Let’s be real,” Newsom said in his first State of the State address. “The current project, as planned, would cost too much and respectfully take too long. There’s been too little oversight and not enough transparency.”
The idea long championed by Newsom’s predecessors, Jerry Brown and Arnold Schwarzenegger, is years behind schedule.

New Board Leader for Bullet Train

Newsom says he wants to continue construction of the 171-mile high-speed link from Merced to Bakersfield in California’s Central Valley. He says building the line could bring economic transformation to the agricultural region.
He also said that abandoning that portion of the project would require the state to return $3.5 billion in federal dollars.
Newsom said, too, that he’s replacing Brown’s head of the state board that oversees the project, Dan Richard, with Bay Area businessman Lenny Mendonca. Newsom pledged more accountability for contractors that run over on costs.
Voters approved a ballot measure in 2008 calling for the linking of Northern and Southern California, a roughly 520-mile rail project initially estimated to cost $33 billion and be completed in 2020. Subsequent estimates more than doubled the cost and pushed the timeline to 2033.

Newsom: It’s not a Train to Nowhere

He rejected the idea critics have raised that it will be a “train to nowhere” and said it can help revitalize the economically depressed region.
While that construction continues Newsom said the state will conduct environmental reviews on the entire Los Angeles to San Francisco route and push for more federal and private money to connect the Valley to the state’s economic powerhouses, though he didn’t say how.
“Right now, there simply isn’t a path” to complete the full line, Newsom said.
Assemblyman Jim Patterson, R-Fresno, said that Newsom’s announcement was “the final nail in HSR’s coffin.” He also tweeted that rail supporters and critics alike must team up to ensure that Valley gets a functioning track.

Rail supporters and skeptics, must band together to make sure we are left with a functional track. After tearing up prime Ag land and ripping up the heart of our cities, we must ensure that we aren’t left with the unfinished scraps of a failed project.
https://t.co/2gAw8S0vmx

Post-Speech Confusion About What Newsom Said

Newsom’s spokesman Nathan Click said the governor is committed to completing the longer line with additional private and federal money “as the Central Valley section demonstrates the viability of the broader project.”
But Newsom did not provide any fresh details about how he planned to leverage or gather private money in a way his predecessors could not.
His speech left lawmakers with different interpretations of how the project would move forward.
Democratic state Sen. Anna Caballero, who represents part of the Central Valley, called the shift to a line only from Bakersfield to Merced “disappointing.” But she said she hopes to see that line connected to other state hubs at some point.
“People need to see it move to really feel like it’s important,” she said.


Related Story: On High-Speed Rail, Will the Real Gov. Newsom Please Stand Up?

Newsom is creating a new commission on homelessness and housing to address one of California’s most difficult problems.
The Democratic governor said in his first State of the State speech that it’s a moral issue that has also become a public health crisis.
He cited mental illness, drug abuse, and recent disease outbreaks and has proposed spending $600 million for homelessness care.
Newsom appointed Sacramento Mayor Darrell Steinberg to head his Commission on Homelessness & Supportive Housing. Steinberg previously was leader of the state Senate.
Newsom’s administration recently sued Huntington Beach for failing to reach housing goals and says he’ll meet with other city leaders next week. He says he won’t preside over “neglect and denial,” and says cities must provide their fair share of affordable housing.


Related Story: In His Own Words: Gov. Newsom's First State of the State Address

Newsom says he’ll have a plan within 60 days for dealing with the recent bankruptcy filing by Pacific Gas & Electric after years of devastating wildfires.
Newsom said that he has convened a team of the nation’s best bankruptcy lawyers and financial experts from the energy sector. They will work with his administration to develop what he called a comprehensive strategy.
He’s promising to ensure that safe, affordable power will continue to flow. He says he’ll seek justice for wildfire victims, fairness for the utility’s employees, and protection for ratepayers.
Newsom says the state won’t waver on its ambitious clean energy goals, but must also address the pressure that climate change is putting on utilities.

Congressman Jim Costa of Fresno, a longtime backer of high-speed rail and also heavily involved in state water issues, issued this statement following Newsom’s speech:
“The governor … outlined a new direction for California. His priorities for water and transportation will provide a fresh look, and I hope new opportunities.
“Attempting to pursue a more centrist approach to creating water sustainability in California is the key.
“On high-speed rail, his proposal to change the plan, though more modest, will still benefit the Valley. I do not believe these changes foreclose a future HSR system for California.
“I want to work with him on both of these important projects as well as other issues that are important to the Valley, such as clean drinking water and healthcare.”

Clean Water, Housing and the Border

Newsom also said the state faces “hard decisions that are coming due” on clean water and housing. He rebuked President Donald Trump once again on border security, highlighting his decision to withdraw most of the state’s National Guard troops from the Southern border.
“Last week, we heard (Trump) stand up at the State of the Union and offer a vision of an America fundamentally at odds with California values,” he said. “He described a country where inequality didn’t seem to be a problem, where climate change didn’t exist, and where the greatest threat we face comes from families seeking asylum at the border.”
Brown had agreed to deploy troops at the Trump administration’s request last year, although he said they couldn’t participate in immigration enforcement.
Newsom, though, said there’s been a “gray area” in the troops’ duties that may have allowed some to inadvertently participate in immigration activities, although a Guard official said the state’s troops have not helped detain anyone.
Newsom disputed Trump’s claim there is a crisis on the border and any need for National Guard troops was eliminated when Trump chose earlier this month to add 3,750 more U.S. troops at the border.

In His Own Words: Gov. Newsom's First State of the State Address