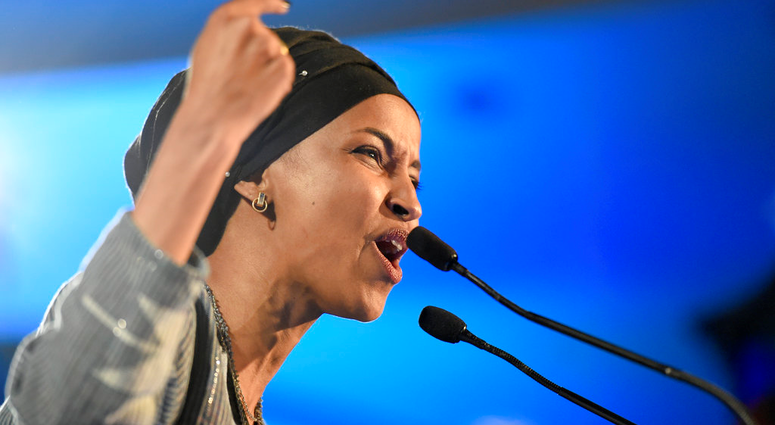 Freshman Minnesota Democrat Ilhan Omar ignited a new controversy on Sunday night when she suggested GOP support for Israel is driven by campaign donations from a prominent pro-Israel group. Omar singled out AIPAC, one of the most influential lobbying groups in Washington, as the source of those donations.
Omar’s comments touched upon a long-running, and particularly ugly, thread of the anti-Semitic movement — that Jewish money fuels backing for Israel in the United States and elsewhere. A freshman Democrat, Max Rose of New York, said, “Congresswoman Omar’s statements are deeply hurtful to Jews, including myself.”

Congresswoman @IlhanMN’s statement reveals woeful ignorance & flagrant bigotry. Her hateful slander is an embarrassment to her, @TheDemocrats & the U.S. Congress. She owes her colleagues, our party & our country an apology. See statement: https://t.co/zm6qPJcsGL

1. @IlhanMN's outrageous comments equating politicians' support for Israel with being bought off by American Jewish money are a vile anti-Semitic trope. They need to be condemned by all in our party.

One of my greatest honors is leading new members on a bipartisan trip to Israel to showcase the shared values and unbreakable bond between our countries.

Four Decades After Its Revolution, Iran Is Still Stuck in the Past