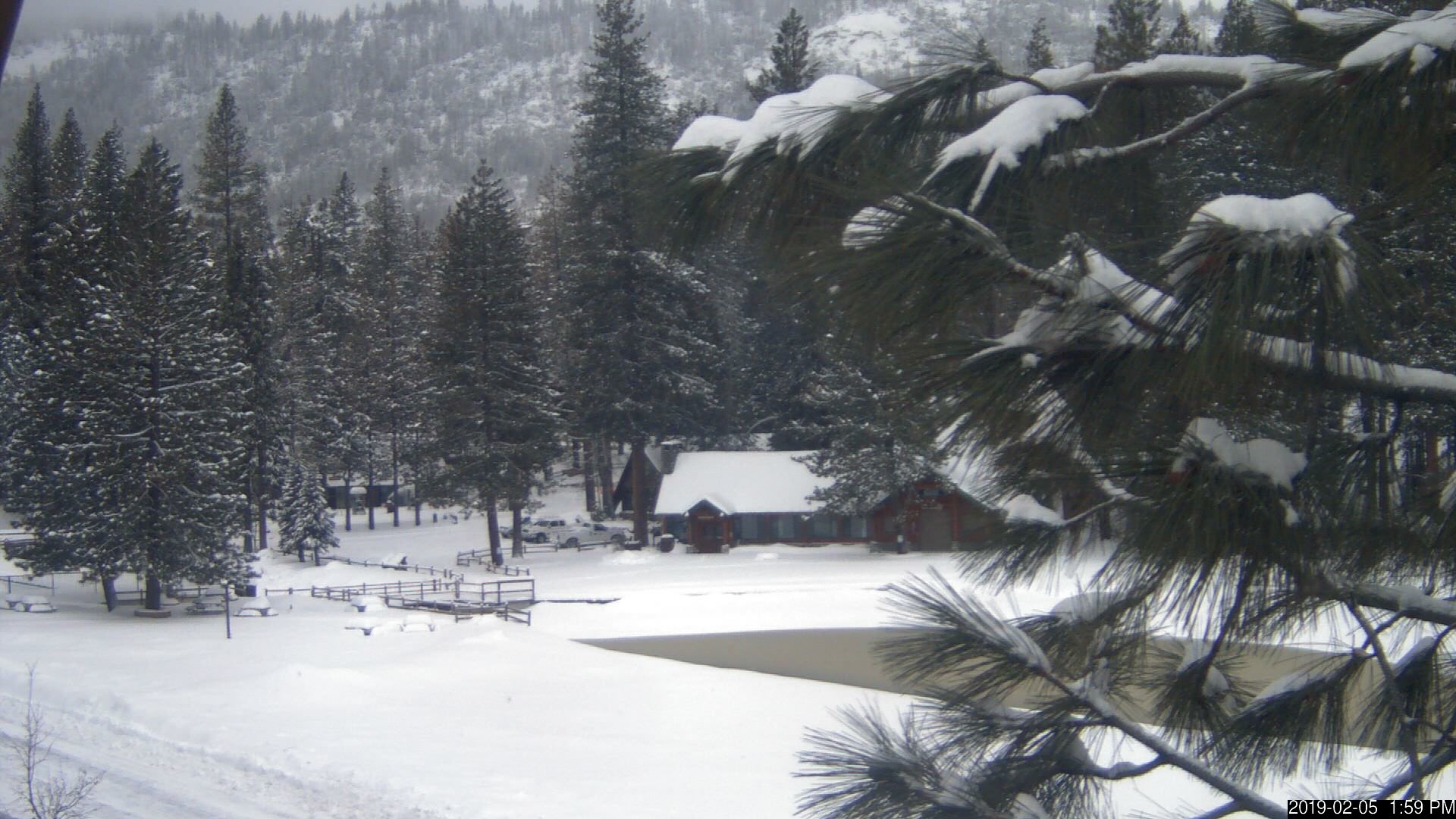 Snow continues to blanket the Sierra Nevada and the foothills, shutting down schools Tuesday, making travel treacherous, and offering the promise of irrigation water for Valley farmers.
The National Weather Service in Hanford says this latest series of winter storms had produced 5 to 6 feet of Sierra snow in five days through Monday.
In addition, much of the Sierra now has snow depths of more than 100 inches.

Hail fell Tuesday in and around Fresno and was captured on video by GV Wire’s Jamie Ouverson and on social media.

Shortly before 1 p.m. Tuesday, the NWS issued a winter storm warning for the Sierra from Yosemite to Kings Canyon and the Tulare County mountains. The warning covered the communities of Camp Nelson, Giant Forest, Lodgepole, and Johnsondale.
Predictions call for up to 4 more feet of snow with winds gusting up to 70 mph along the Sierra crest.
The NWS also issued a winter storm advisory at 12:57 p.m. Tuesday for portions of the San Joaquin Valley. Up to 3 inches of snow was expected, as was the possibility of black ice at elevations above 1,500 feet.
Both advisories are in effect until 4 p.m. today.
Meanwhile, The Fresno Bee reported that snow closed some schools and roads in the Madera County foothills Tuesday. And Associated Press reported that all roads in Yosemite National Park were closed.

These latest snow-packed storms have pushed the Sierra snowpack above 100% of its seasonal average.

The #Tulare Basin and southern #SierraNevada region, with 18.4 inches of precipitation to date, stands at 121% of historical average for this water year, and ahead of the full-year total it received last year in 2017-2018. https://t.co/72ow0inaoc

Wednesday’s forecast calls for precipitation to end in Fresno with temperatures dropping to an overnight low of 30 degrees. There’s a chance rain could return to Fresno on Friday.

Snow in San Francisco? You Bet.

Heavy Duty: Detroit 3 All Roll Out Biggest Pickups This Year