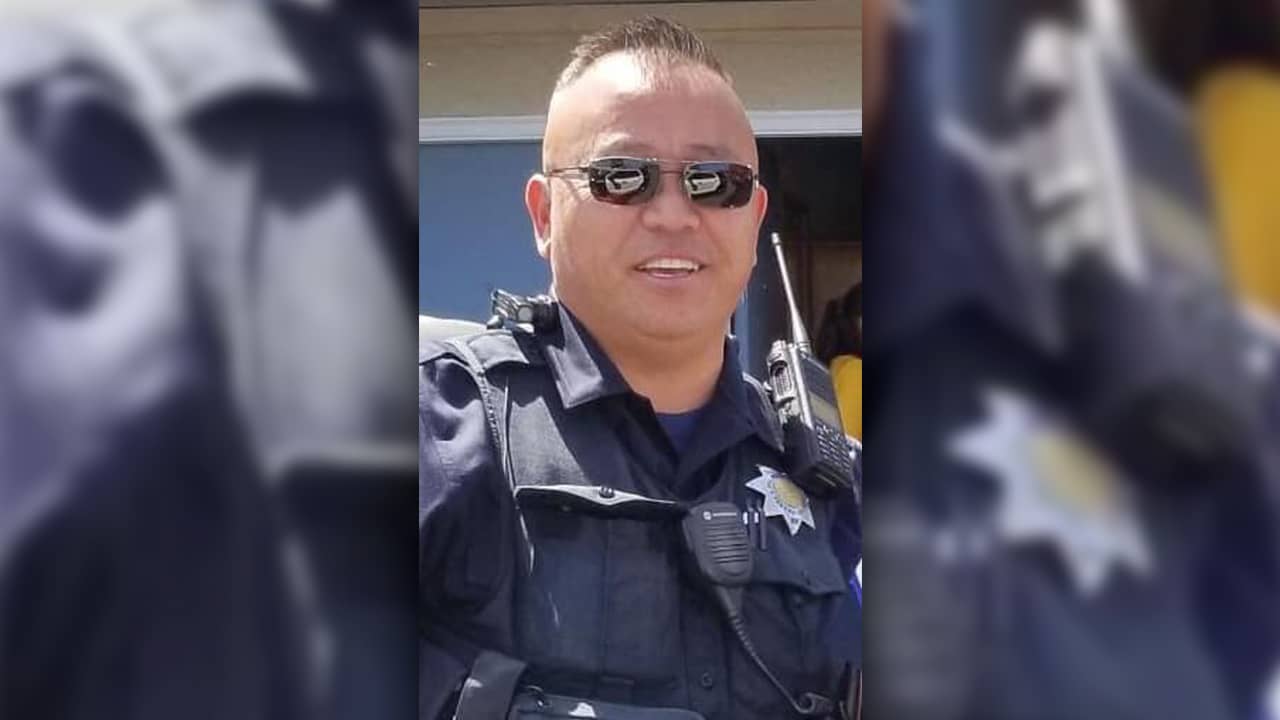 Fresno police have identified veteran officer Phia Vang, 48, as one of the victims in a double fatal traffic collision that occurred early Monday evening at Freeway 180 and McCall Avenue.
Vang was driving home from work at about 5 p.m. when a wrong-way driver struck Vang’s vehicle head-on. The driver of the wrong-way vehicle also died in the collision, which is under investigation by the California Highway Patrol.

A Fresno Police Department news release described Vang as a “well-loved officer” who had worked all over the city during his 26 years with Fresno PD. His assignments included the Multi Agency Gang Enforcement Consortium, neighborhood policing in the Northwest District, and patrol duty in the Southeast, Northwest and Southwest districts.
At the time of his death, Vang was assigned to the Fresno Area Express unit.
Vang is survived by his wife, three sons, and a daughter.
“Members of the Fresno Police Department and the citizens of Fresno mourn this sudden loss of Officer Vang,” the news release stated. “We ask that you please keep the entire Vang family and the Fresno Police Department family in your prayers.”

Investigators at the scene Monday said it was too soon to determine if drugs or alcohol were involved in the tragedy. The wrong-way driver triggered collisions involving seven cars, investigators said. Up to four other people were taken to the hospital for treatment of injuries.
ABC30 reported that the wrong-way driver who died in the crash was 33-year-old Cameron Pryor. Many witnesses said that Pryor’s vehicle was weaving across the road before he drove into oncoming traffic.

Fresno Mayor Lee Brand released a statement Tuesday morning on Vang’s passing:
“My thoughts and prayers are with the Vang family during this most difficult time and my condolences go out to his fellow officers. We’re fortunate to live in a community that understands and appreciates the important role that law enforcement plays in our everyday lives. We’re a better city because of the brave and caring men and women of the Fresno Police Department.”
Fresno City Councilmember Luis Chavez offered his condolences in this Facebook post:

The Fresno County Sheriff’s Office said in a Twitter post “Our agency grieves for the loss of this man, a dedicated public servant. ”

@fresnosheriff sends its best to @FresnoPolice & the family of Officer Phia Vang. The 26 year veteran was driving home alone in his personal vehicle when a wrong way driver on Hwy. 180 struck & killed him. Our agency grieves for the loss of this man, a dedicated public servant. pic.twitter.com/EkjMpXqMEF

Trump to Call for Unity, Face Skepticism in State of Union