As a child in the early 90’s, I would sometimes visit the old Valley Children’s Hospital at Shields and Millbrook avenues, where my father worked. The NICU unit was near my dad’s office, and there was an outside window where you could peer in and see the preemies in their bassinets.

My brother and I would press our noses against the glass to look at these tiny, precious babies, for whose lives the heroic staff at Valley Children’s fought — and still fight — every day. 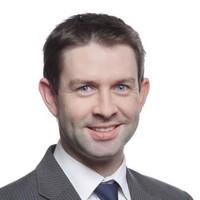 New York recently passed a law permitting abortions on babies even older than the NICU preemies at Valley Children’s. Virginia’s legislature tried to do the same, but the bill failed in committee after the author confirmed that the bill would allow an abortion to take place even at full term, during natural labor.

The Virginia controversy was compounded by comments from Virginia’s governor, Dr. Ralph Northam, who stated that physicians and patients should be able to decide whether a child who survives an abortion procedure should be given life-sustaining care, or be allowed to die. The New York law also allows doctors to decline basic care to children who survive abortion.

There is a word for what the New York law permits: “infanticide.” And when it isn’t infanticide, it’s only a difference of six inches — the length of a birth canal.

The New York law and the Virginia proposal are demonstrating the disconnect between our law and public opinion. These laws and decisions are far more extreme than what most Americans believe.

There are roughly 15,000 late-term abortions per year, according to the pro-choice Guttmacher Institute.  For a sense of scale, that’s more than the total number of gun homicides the FBI reported in 2016.

These are abortions being performed on human beings—babies with hands, feet, fingers, toes, beating hearts, functioning brains, voices that cry, and nerves that feel pain.

There are babies in the NICU at Valley Children’s at this very moment who were born in the second trimester, as young as 22 weeks. But because of the wicked illogic of a group of black-robed lawyers, a baby’s location (in a womb vs. out of it) solely determines her moral value and legal status.

Some note that New York’s new law permits abortion throughout the third trimester only if the pregnancy impacts a woman’s “life or health.” This language, derived from Roe v. Wade’s sister case Doe v. Bolton, is far broader than it seems.

“Health,” as defined by Doe and subsequent cases, includes questions relating to “physical, emotional, psychological, familial [health], and the woman’s age.” Thus, the exception is so broad that it swallows the rule. Any and every unwanted pregnancy implicates some aspect of “health,” so defined.

Planned Parenthood v. Casey, Roe’s 1992 successor case, held that states could only ban post-viability abortions if this “exception” is in place. States are thereby hamstrung in putting effective limitations on abortion, even in the third trimester.

Last month’s Marist Poll Survey found that 75% of Americans and 60% of Democrats believe abortion should be limited to the first trimester.

Most people don’t understand how extreme the Supreme Court’s abortion decisions are, but the New York law and the Virginia proposal are demonstrating the disconnect between our law and public opinion. These laws and decisions are far more extreme than what most Americans believe.

What the Polling Shows

Last month’s Marist Poll Survey found that 75% of Americans and 60% of Democrats believe abortion should be limited to the first trimester. 65% of Americans believe the Supreme Court should revisit Roe v. Wade, either to allow each state to regulate abortion, or to outlaw abortion altogether. 54% of Americans oppose any taxpayer funding of abortion. 62% oppose abortions in cases of Down Syndrome, and 59% would ban abortion after 20 weeks of pregnancy, except to save the mother’s life. Only 15% of Americans and 25% of pro-choice Americans support legal abortion at any stage. The Democrat Party’s platform, and essentially all of the party’s presidential candidates, are on the wrong side of these statistics.

Fearful that Neil Gorsuch and Brett Kavanaugh’s arrival to the Supreme Court could turn abortion regulation fully over to the states, liberal state lawmakers are acting swiftly to codify Roe into law, with full-throated support from Democrat presidential candidates. In doing so, they risk proving President Trump right when he labeled the Democrats “the Party of late-term abortion.”

John Gerardi is the executive director at Right to Life of Central California.