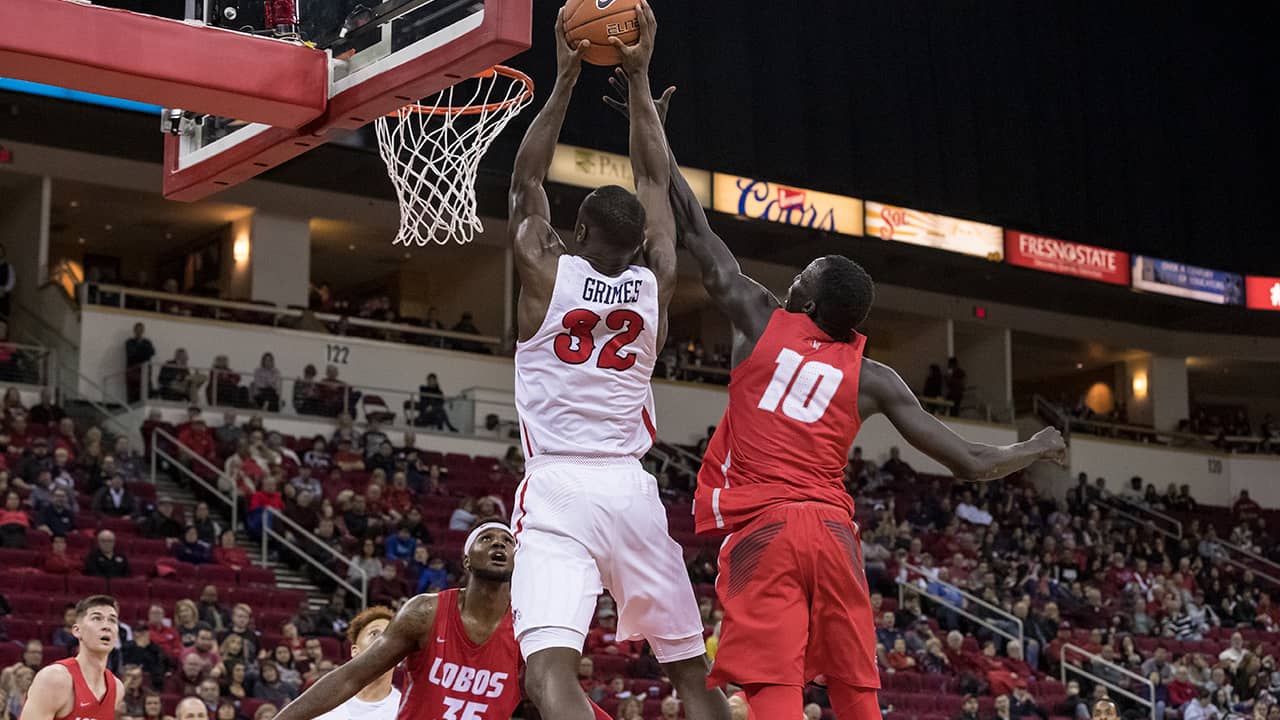 Nate Grimes stood out on the court, in the paint, and on the stats sheet for the Fresno State men’s basketball team Saturday night.
The 6-foot, 8-inch junior forward matched his season high with 19 points and grabbed a Save Mart Center record 19 rebounds. Most important, Grimes’ double-double powered the Bulldogs to an 82-70 victory over New Mexico.
With the victory, Fresno State improved to 7-2 in Mountain West play and 16-5 overall. It was the Bulldogs’ fourth victory in their past five games.


“He can really rebound the basketball. We are pushing him to be consistent, and he is pushing himself.” — Bulldogs coach Justin Hutson about Nate Grimes

Bulldogs Focus on Rebounding in Practice

Going into the game, Fresno State coach Justin Hutson had paid special attention to rebounding in practice. Grimes responded when it counted under the Save Mart Center lights. Twelve of his rebounds came at the defensive end.
“He can really rebound the basketball. We are pushing him to be consistent, and he is pushing himself,” Hutson said of Grimes. “We tell him that the more consistent he is in practice, it will carry on into the game. When we are out there at practice, he has been really focused and it has paid off for him tonight. I am happy for him.”

Next Up: Utah State on Tuesday at Save Mart Center

Now the Fresno State must quickly turn its attention to Utah State, which is tied for second in the Mountain West with the Bulldogs and is 17-5 overall. Fresno State defeated Utah State 78-77 on the Aggies’ home court on Jan. 9. The teams square off 7:30 p.m. Tuesday at the Save Mart Center.
Fresno State and Utah State trail sixth-ranked Nevada (21-1, 8-1 MW) by one game in the conference standings.


Related Story: Fantastic Finish! Huggins Does It All in Bulldogs' Road Win.

Strong Second Half Again for Bulldogs

Against the Lobos, the Bulldogs, as has been their custom all season, got stronger as the game wore on. They stretched a two-point halftime lead into the final margin. 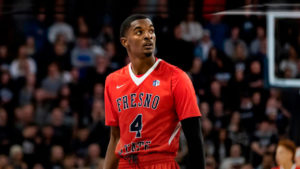