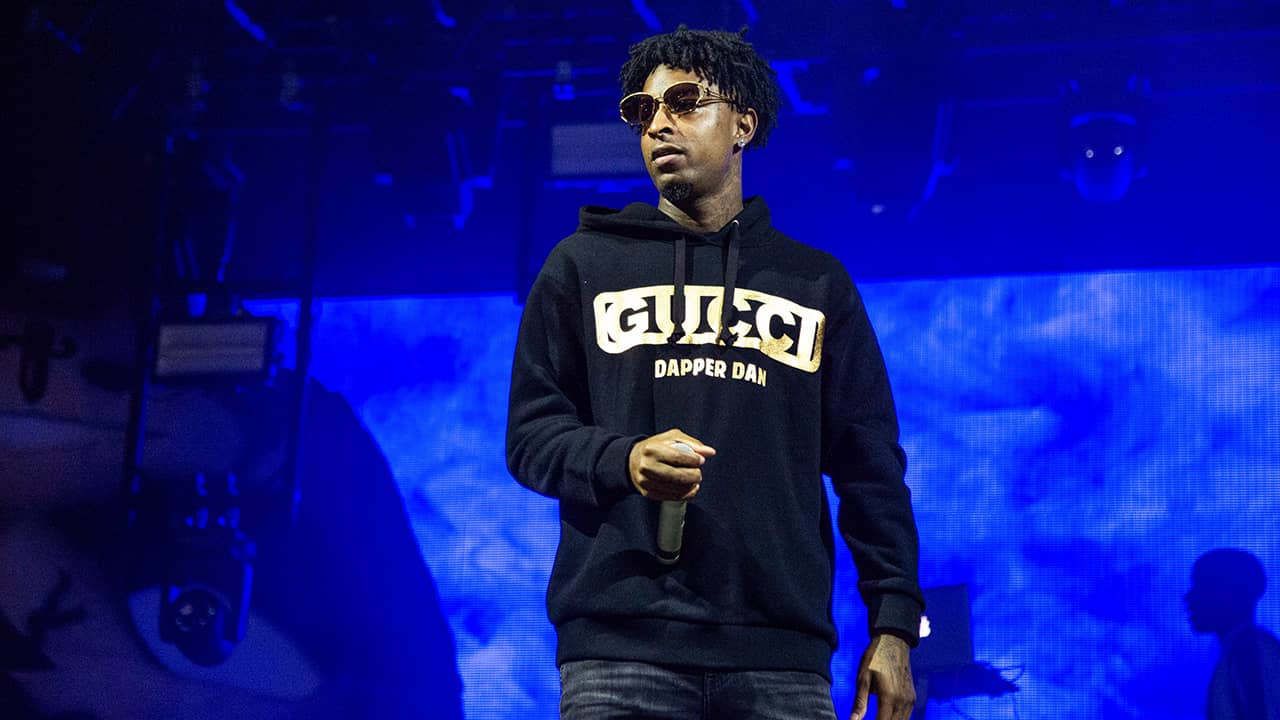 ATLANTA — Grammy-nominated rapper 21 Savage was taken into federal immigration custody early Sunday, authorities said.
The artist, whose given name is Sha Yaa Bin Abraham-Joseph, was arrested in a targeted operation in the Atlanta area involving local and federal law enforcement officers, U.S. Immigration and Customs Enforcement spokesman Bryan Cox said in an emailed statement. Abraham-Joseph is a British citizen who overstayed his visa and is also has a felony conviction, Cox said.
“We are working diligently to get Mr. Abraham-Joseph out of detention while we work with the authorities to clear up any misunderstandings,” lawyer Dina LaPolt said without elaborating.


“We are working diligently to get Mr. Abraham-Joseph out of detention while we work with the authorities to clear up any misunderstandings.” — lawyer Dina LaPolt
Abraham-Joseph is a role model to young people in the U.S., especially in Atlanta, LaPolt said.
Abraham-Joseph is nominated for two awards at next week’s Grammys, including record of the year for “Rockstar” alongside Post Malone. His second solo album “I Am I Was,” released in December, debuted at No. 1 on the Billboard 200 albums chart.
Abraham-Joseph entered the U.S. legally in July 2005, but has been present in the country illegally since his visa expired in July 2006, Cox said. He was convicted on felony drug charges in October 2014 in Fulton County, Cox said.
He has been placed in deportation proceedings in federal immigration court, Cox said.
LeBron James apologized in December for posting one of Abraham-Joseph’s lyrics that referenced “Jewish money.” The basketball star apologized on ESPN, saying he got caught up in the music and thought the lyric was a “compliment.”
The rapper later tweeted his own apology for the lyric from the song “ASMR,” which says, “We been getting that Jewish money, Everything is Kosher.”
Related Topics:AtlantacustodyimmigrationrapperSha Yaa Bin Abraham-JosephU.S. Immigration and Customs Enforcement
Up Next