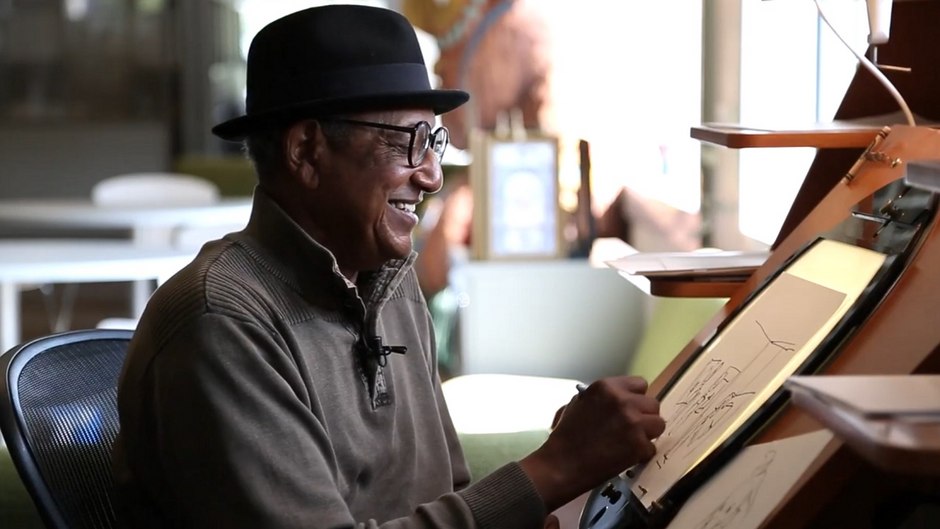 Floyd Norman is an award-winning animator and in 1956 became the first African American hired by Walt Disney.
In 2017, he was named the Ford Freedom Award scholar for his efforts to improve the African American community and the world at large.
The previous year, the documentary movie “Floyd Norman: An Animated Life” profiled a remarkable career of challenges and triumphs.

In 2007, Norman received the prestigious Disney Legend award, which recognizes people who have made extraordinary and integral contributions to The Walt Disney Company.
Norman’s pioneering work has appeared in family favorites such as “Sleeping Beauty,” “The Jungle Book,” “Mulan,” “Robin Hood,” “Toy Story 2,” and “Alvin and the Chipmunks.”
Norman also worked with animation companies Hanna-Barbera and Pixar. After Walt Disney’s death in 1966, Norman co-founded Vignette Films to produce films about black history for high schools.

It All Began With Seeing “Dumbo”

You can read Norman’s biography at BlackPast.
As a child, Norman, a California native, began thinking of a career in the arts after his mother took him to the Disney film “Dumbo.”
Norman recently reached out to Jonathan, a young student with dreams of becoming an animator and took him to Walt Disney World. Watch their time together in the video below.