College Is Coming to Southwest Fresno. Will Students Be Ready?

In a few years, students will be able to take courses toward a nursing degree at Fresno City College’s planned satellite campus in southwest Fresno.
Fresno City College President Carole Goldsmith delivered the good news at a public forum for the new campus held last week at Gatson Middle School.
The forum provided an opportunity for residents to ask questions and comment on all aspects of the nearly 40-acre, $89 million campus scheduled for completion in 2023.
Rising to the top: Questions about whether southwest students and adults are properly prepared to attend college.

Students at the satellite campus completing prerequisite courses will be guaranteed slots in the Registered Nursing Associate Degree Program at Fresno City College’s main campus.
“This work isn’t easy, but it is a priority,” Goldsmith said. “We are resourcing it as a priority and we are going to continue to do so.”
FCC also partners with Sunnyside and Duncan Polytechnical high school on pathways for its nursing program, which is the largest in the state and the second largest nationally.

Will Southwest Residents Benefit From the Campus?

Educators, city officials, and economic analysts predict that the campus will help lift up poverty-riddled southwest Fresno.
But resident Brunette Harris predicted during the forum that southwest residents won’t benefit much from the new school. 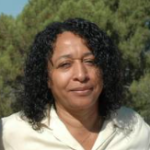 “I don’t think this is the dumbest population. I think this is a population that hasn’t had the resources to have the education that they need.”— Carole Goldsmith, Fresno City College president
Harris remained unmoved.
“Just because you put a college over here, how is that going to want to make them want to go to school when they are not getting education in elementary or at Edison (High School)?” she asked.
Harris said that she is not necessarily against the satellite campus, but would like to see more investment in youth educational facilities and programs.
She quoted the specific plan, which states that Edison High’s three-year average Academic Performance Index is approximately 760, which is below the state standard of 800.
The plan also reported that several elementary schools score in the high 600s on the API.
“These elementary and secondary school academic indicators indicate a need for greater academic achievement among children and youth living in southwest Fresno,” said Harris, again quoting the specific plan.

The state produced its last API report in 2013. Since that time, said Amy Idsvoog, Fresno Unified’s communication analyst, student academic performance has improved.
According to the California School Dashboard, the program the state designated to replace API, Edison High has a nearly 94 percent graduation rate compared to the state average of about 84 percent.
Edison is also 30.2 points above the standard in English Language Arts, Idsvoog said. Although its math scores are below standard, Idsvoog said they’ve maintained from the year prior.
“While we absolutely know there is more to do to ensure all students are academically successful and ready for college and careers, we need to stop and acknowledge the upward trajectory and progress being made throughout our district and in all regions,” Idsvoog said.
Over the years, the district has made several changes to improve student academic performance such as expanding dual immersion, eliminating combination classes, expanding alternative education, and investing in special education.
“Our board has made significant investments to ensure students have both academic and social-emotional support as both are vital in preparing a student for life beyond graduation,” Idsvood said.

Aiming High and Reaching Those Goals 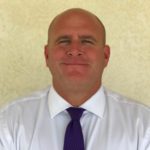 Parking at the satellite campus was another big topic at the forum.
Goldsmith said there will be ample parking for students and staff.
She expects 1,000 students to enroll at the campus in the first phase: “I think, seriously, we are going to be full that first semester.”