DUBAI, United Arab Emirates — Whether it’s science or art, Bryson DeChambeau of Clovis is making a name for himself for simply winning.

In his most dominant performance yet, the Clovis East High School graduate turned a one-shot lead into a seven-stroke victory Sunday by closing with an 8-under 64 to set the tournament record and win the Dubai Desert Classic for his first European Tour victory and his fourth title in the last five months.

“Being able to win internationally is something that I’ve always wanted to do after winning so many times in the States. And to get it at the Dubai Desert Classic is incredible. I couldn’t be more honored to win this event.” — Bryson DeChambeau

“Being able to win internationally is something that I’ve always wanted to do after winning so many times in the States,” DeChambeau said. “And to get it at the Dubai Desert Classic is incredible. I couldn’t be more honored to win this event.”

The 25-year-old American wasn’t entirely happy with his game, even while building a one-shot lead over Li Haotong going into the final day at Emirates Golf Club. He had few complaints Sunday, however, opening with three straight birdies to expand his lead to four shots.

No one had a chance after that. 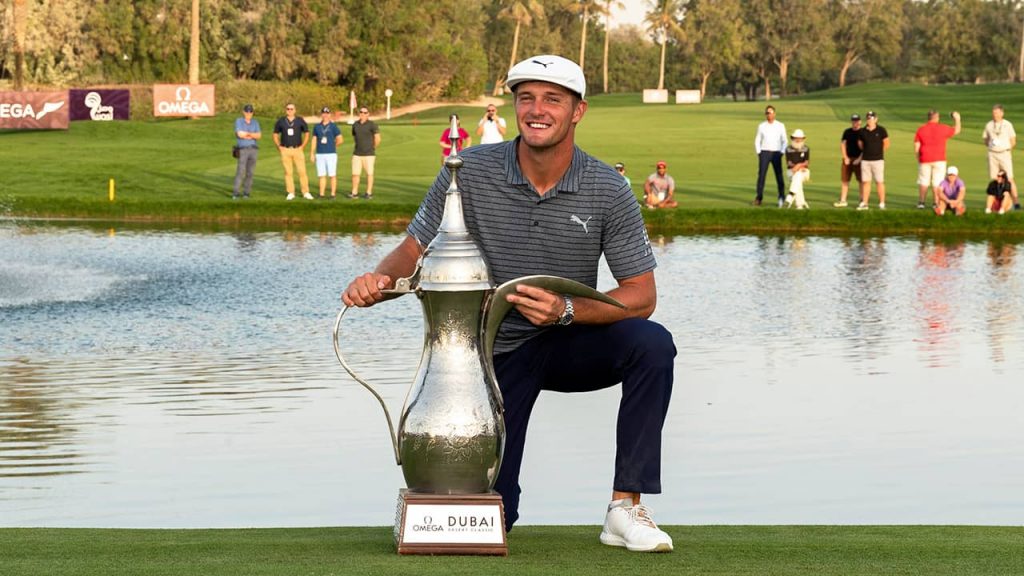 DeChambeau finished on 24-under 264, breaking by one shot the 72-hole record Li had set the year before.

Matt Wallace of England had a 68 to finish alone in second at 271. Ian Poulter and Paul Waring each had a 64 and tied for third, along with Sergio Garcia (66) and Alvaro Quiros (68).

Li, trying to join Stephen Gallacher as the only back-to-back winners of this event since it began in 1989, stumbled early and was penalized late in his round of 73 to tie for 12th.

He made birdie on the last hole, but then received a two-shot penalty when officials determined Li’s caddie was on a direct line behind the ball when he took his stance. That penalty is under the modernized Rules of Golf that took effect this year. Li could have avoided the penalty had he backed off the stroke and retaken his stance.

Related Story: Hottest Golfer on the Planet Is ‘Mad Scientist’ From Clovis

DeChambeau Ranked No. 5 in World

DeChambeau won consecutive FedEx Cup playoff events on the PGA Tour against strong fields in August, and he won again in Las Vegas on the U.S. tour. This gives him six worldwide victories in just under three full years as a pro. He will stay at No. 5 in the world.

“It is special,” Garcia said of the American’s form. “If you’re playing well and making everything … it’s a perfect combination. He’s playing very, very nicely with a lot of confidence, and putting well. So you can’t go wrong there.”

DeChambeau first played Dubai as the U.S. Amateur champion in 2016, and he spoke then about the science he applies to golf and how it might revolutionize the game. The SMU graduate with a physics degree is known as the “Mad Scientist” in American circles, though DeChambeau says golf remains artful.

And his game remains a work in progress.

“The more variables that we figure out … we can’t figure everything out, but we’ve got a better understanding of how rough shots come out, of how bunker shots come out, of how putts break, how different angles on the greens relative to the hole — how that truly affects what the putt need to be for the proper terminal velocity,” he said. “Just all these little things we’ve accumulated are adding up, and I believe it’s kind of like a domino effect.

“I don’t know if that makes sense, but in my brain it does.” 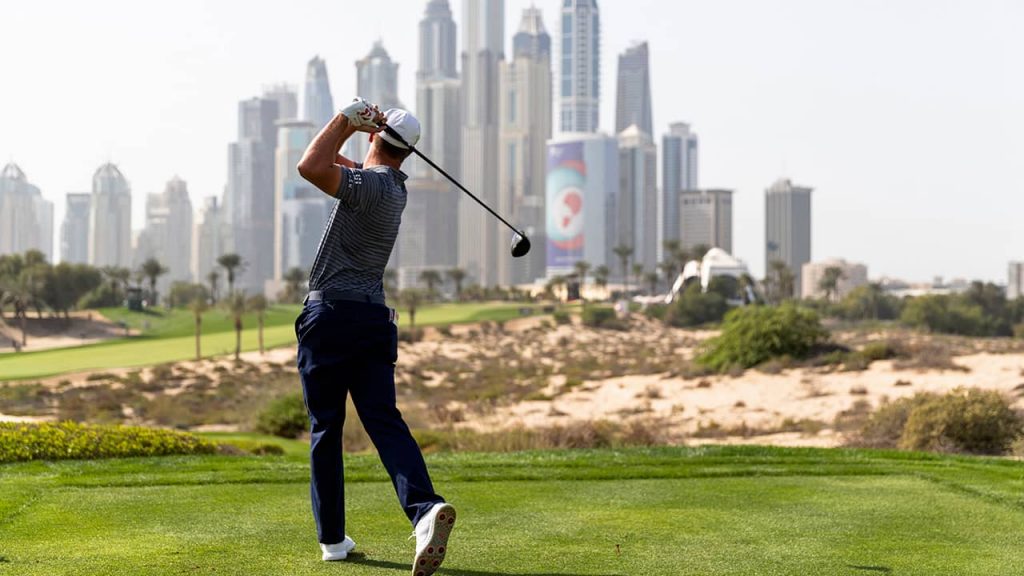 Will Play Next in Controversial Event

DeChambeau stays on the Arabian Peninsula this week for the Saudi International next week, a new European Tour event that features four of the top five players in the world and will give him a chance to move further up the world ranking toward his goal of No. 1 in the world.

(GV Wire contributed to this report.)