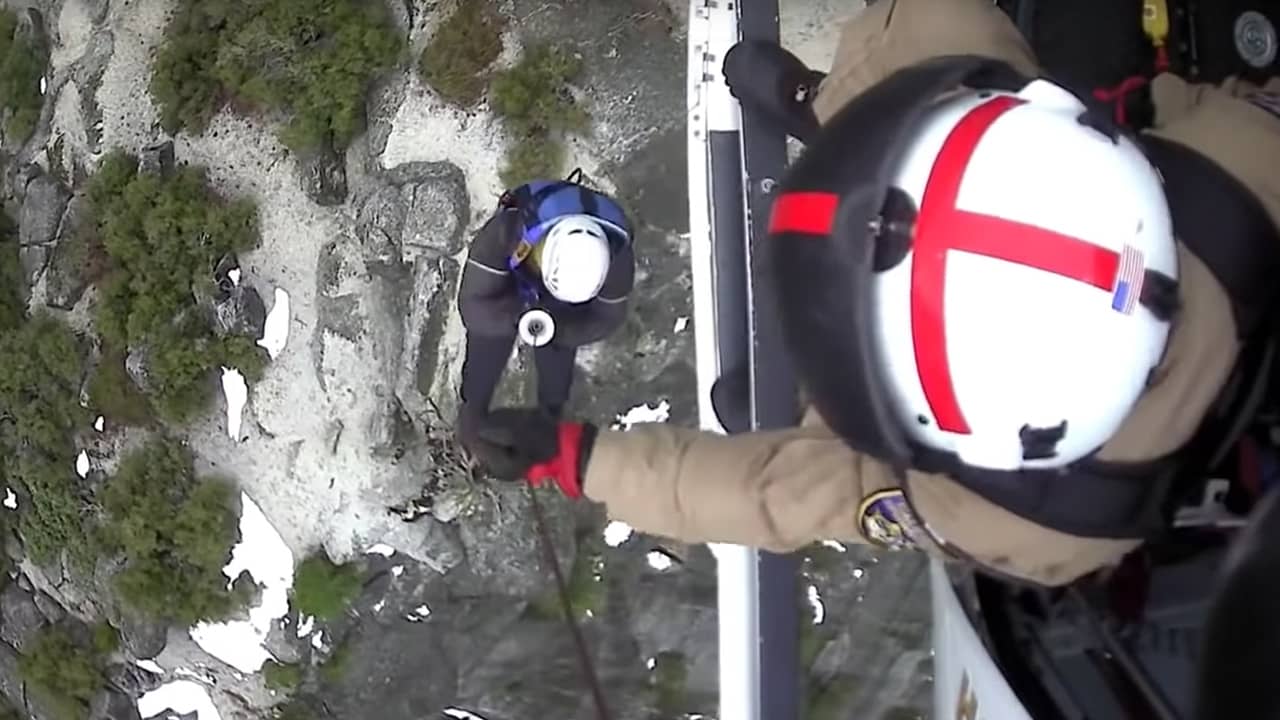 YOSEMITE NATIONAL PARK — The California Highway Patrol has released video of the dramatic rescue of two British tourists who were trapped on the edge of a massive granite cliff overlooking the Yosemite Valley.
The video above shows a CHP helicopter crew pulling up the two unidentified men one by one from a snow-dusted mountain.

Tourists Got Lost in the Snow

The CHP says the men from England got lost in the snow and called authorities after becoming trapped within a crevasse with a 2,000-foot (610-meter) drop.
Park officials tried to reach them that night but couldn’t because of weather conditions.
The CHP says the men in their mid-20s were rescued on Jan. 16 ahead of a major snowstorm. According to the CHP, pilot officer Scott Rodda and flight officer Dustin Henschel, a paramedic, left Fresno and located the men after a brief search.
It says the hikers were wet and cold but uninjured.