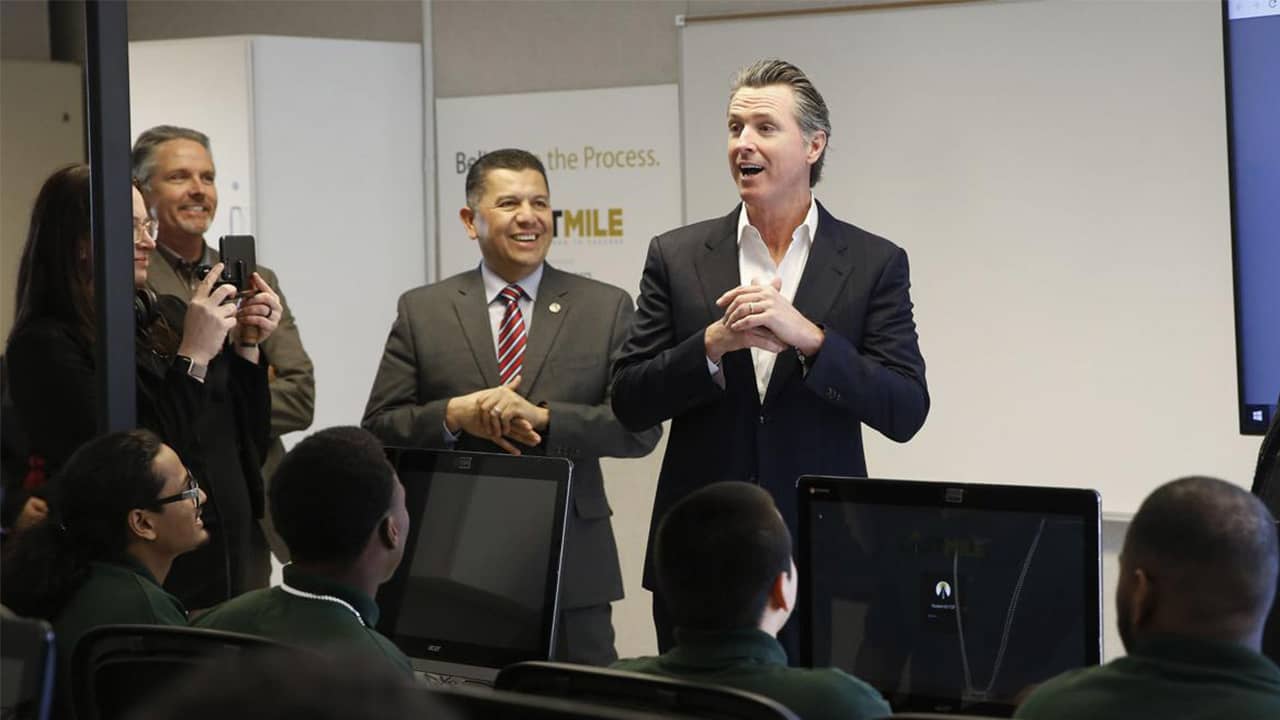 Facilities Hold Offenders as Young as 12

The cost has spiraled as the number of offenders plummeted from more than 10,000 juveniles incarcerated in 11 state facilities in the 1990s to the roughly 650 housed now in four facilities, including one firefighting camp. The population is projected to reach about 760 youth next year because of various legal changes. Youths as young as 12 can be sent to the facilities and can remain in some cases until they are age 25, though many are transferred to an adult prison when they turn 18.
The remaining juvenile facilities are operating at about a third of their design capacity, the San Francisco-based Center on Juvenile and Criminal Justice calculated.
High fixed costs with fewer juveniles “are always the big burden,” Newsom said. “That’s why it’s right to talk about closing facilities if it’s possible, if it’s doable. But you’ve got to protect the workers. That’s something that’s sacrosanct to me.”
The influential prison guards union, a Newsom ally, said it will fight to keep the same employees with the same peace officer status. Newsom said any closures would be worked out within 12 to 18 months. The governor said he’s finding broad consensus among legislators to move juvenile lockups from under the adult system.
Some critics said Newsom’s plan, first mentioned in his state budget, goes too far, others not far enough to dismantle the state-run juvenile justice system.
Maureen Washburn of the Center on Juvenile and Criminal Justice called Newsom’s proposal “an important recognition of the failure of the state’s current approach. … To be successful, this reform must end our reliance on large, costly, and remote facilities and bring young people closer to home where rehabilitation can happen most effectively.”

Nearly 4,500 other juvenile offenders are in county detention facilities. But lawmakers have rejected previous attempts to send all the remaining state-held juvenile offenders to county lockups, with local officials saying they may be ill-equipped to handle the most violent or sexually predatory youth.