Man Linked to 4 Killings Suspected of Being in US Illegally 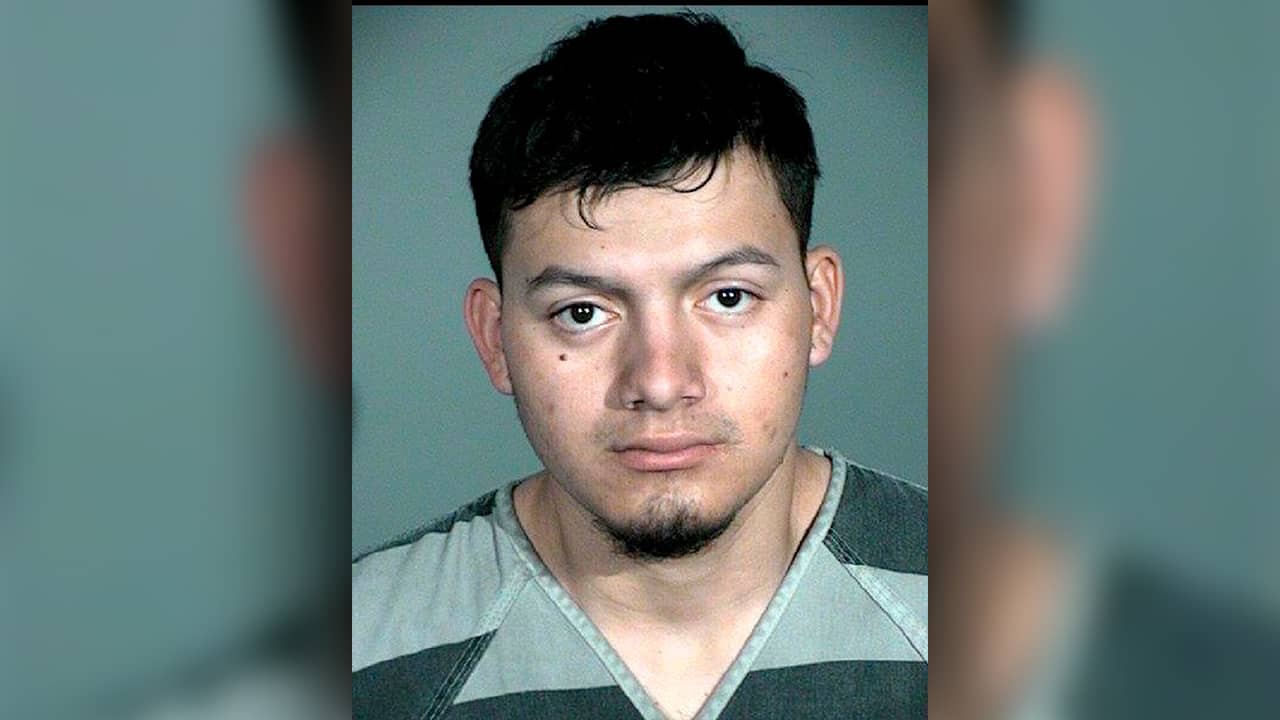 LAS VEGAS — A Nevada community shaken by the fatal shootings of four people over the past two weeks is grateful that the suspect is behind bars, but a motive for the crimes remains unknown.

Trump Has Cited Killings to Bring Attention to the Wall

Detectives had watched Martinez-Guzman go to a car wash and trash bins, raising concern that he might try to dispose of evidence connected to the slayings. He did not have a weapon when he was handcuffed, the sheriff said. This January 2019 photo shows a copy of the 2006 Reno Rodeo program with a photo of Gerald David. A man suspected of being in the U.S. illegally shot and killed several people in Nevada over the past few weeks, including David and his wife, authorities said, and the slayings added fuel to the immigration debate. On Jan. 16, 2019, the bodies of 81-year-old Gerald David, and his 80-year-old wife, Sharon, were found in their home on the southern edge of Reno. (Reno Gazette Journal via AP)

The Nevada suspect, who was due in court Thursday, had lived in the Carson City area for about a year. His only known infraction was a speeding ticket, the sheriff said.
“We have no information this guy has ever been on anyone’s radar,” Furlong said.
The investigation began Jan. 10, when 56-year-old Connie Koontz was found dead in her home. Three days later, the body of 74-year-old Sophia Renken was discovered in her home about a mile (1.6 kilometers) from where Koontz lived, authorities said.
On Jan. 16, the bodies of 81-year-old Gerald David and his 80-year-old wife, Sharon, were found in their home on the southern edge of Reno.
The two were remembered as “jovial” by Tom Cates, a longtime friend who knew the Davids through Reno’s rodeo and equestrian scene.
Cates said Gerald David used his time as the Reno Rodeo Association president in 2006 to promote a breast cancer awareness campaign by getting the group’s cowboys to show they were “tough enough to wear pink shirts.”
“You walk into a room and his presence will just command attention. He was a true leader,” Cates said.
Sharon David was “exuberant” and “bubbly” and “loved animals to the hills,” he said. She was a former director of the rodeo.
Renken belonged to an antique automobile club and was known as the friendly driver of a Ford Model A who was always volunteering to help.

Killings Had Shaken the Quiet Community

Robin Reedy, who was also in the Carson-Tahoe Region of the Antique Automobile Club of America, said she was surprised to learn Renken’s age.
“I would never have known she was 74 by the way she acted,” she said.


“This does not happen around here. It’s crazy.” — Teri Bower, resident
Koontz, who worked at a Walmart and as a manicurist at a local salon, was remembered by co-workers Tuesday as a positive woman who loved wearing bright colors. Her Walmart colleagues wore memorial buttons with her picture.
She was “the only person I know that could come to work wearing lime green glasses and lime green crocs and rock it,” said Teri Bower, who works at the store.
Koontz and her daughter were best friends, Bower said, and the mother had saved up money and surprised her daughter with a trip to Las Vegas for her 21st birthday in December.
Bower said the killings had shaken the quiet community where everyone knows everyone and big news is a pending storm “or a bear running down Main Street.”
“This does not happen around here,” Bower said. “It’s crazy.”
Related Topics:Carson CitycrimesfatalimmigrationmotiveNevadashootingssuspect
Up Next