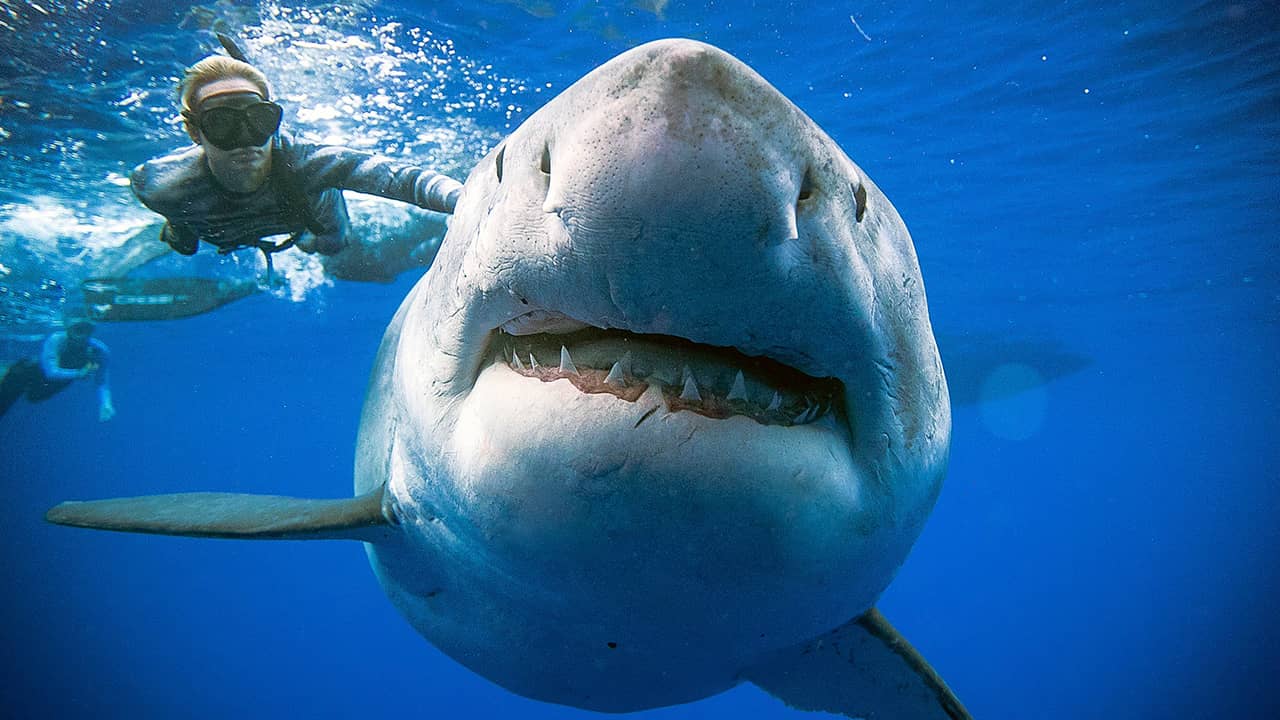 HALIEWA, Hawaii — Two shark researchers who came face to face with what could be one of the largest great whites ever recorded are using their encounter as an opportunity to push for legislation that would protect sharks in Hawaii.

Pushing for a Bill That Would Ban the Killing of Sharks

Ramsey, who operates Oahu-based One Ocean Diving and Research with Oliphant, said she has been pushing for several years for a bill that would ban the killing of sharks and rays in Hawaii, and hopes this year the measure will become law.
She said the images of her swimming next to a huge great white shark prove the predators should be protected, not feared.
Still, the veteran shark diver doesn’t think the general public should recklessly get into the water with the giants, especially around a food source like a rotting whale carcass.
Ramsey said extensive training and time spent studying shark behavior has kept her team and customers safe. She teaches people about how to act and, more importantly, not act when they encounter a shark in the water.
Ramsey and her team observe behavior, identify and tag sharks and share that data with researchers as well as state and federal officials. She said she previously swam with the huge shark on research trips to Guadalupe Island, Mexico.
She also leads cage-free shark diving tours.

Sharks Are Not a Federally Protected Species

Unlike many marine mammals, sharks are not a federally protected species, though there are laws against the sale of their fins.

A ‘Gauntlet of Human Death Traps’

Officials say there have been reports that people are climbing onto the carcass to take its teeth as souvenirs, which may be a violation of state and federal laws.
The agency’s Division of Conservation and Resources Enforcement Chief Jason Redull said people should stay out of the water around the dead whale.
“Understandably, some people want to get into the water either out of fascination or to get photographs, but it is truly dangerous to be around this carcass with so much shark activity,” he said.
Ramsey said it’s impressive that the great white has survived a “gauntlet of human death traps.”
“I don’t know how old she is,” Ramsey said. “But for her to survive through so many longline fisheries and. you know, gill nets and team nets and fishermen who might just kill her because they think that she is a monster … it’s very special.”