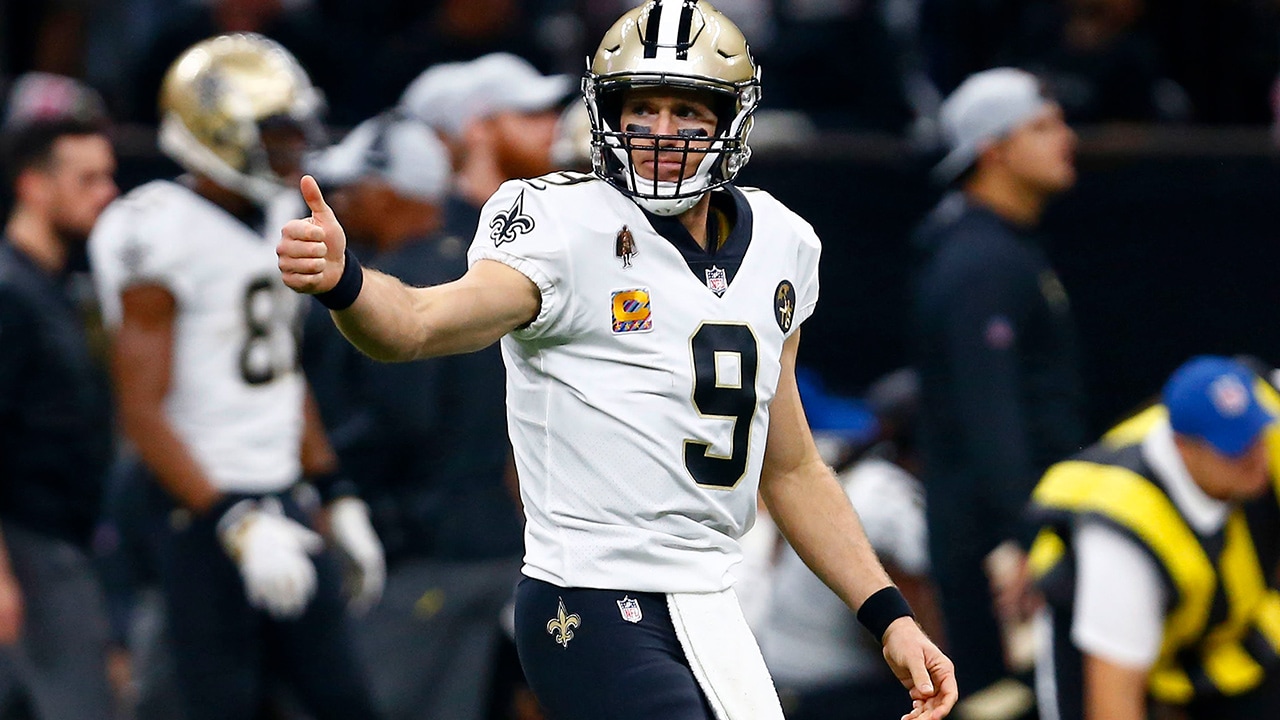 The gumbo the New Orleans Saints are cooking up is flavored with lots of passes from Drew Brees to Michael Thomas, plenty of runs by Alvin Kamara and Mark Ingram, and enough dashes of defense to negate the high-powered offense of the Los Angeles Rams.
Will that be the proper recipe?
Here’s how they match up:

When Los Angeles Has the Ball

Balance is the keyword to the Rams’ offense, starting with the NFL’s most versatile running back, All-Pro Todd Gurley (30). Gurley not only led the NFL with 21 TDs, he ranked fourth with 1,831 yards from scrimmage despite being slowed in December. He can do the dirty work inside and also break long gainers. And when he’s struggled with knee issues recently, late-season pickup C.J. Anderson (35) has been masterful.

When New Orleans Has the Ball

Just like LA, New Orleans will try nearly anything on offense. Fourth-down plays, a form of the wildcat with backup QB/special teamer Taysom Hill, and old-fashioned grinding will be in play.
Brees (9) has had one of the best seasons of his Hall of Fame-caliber career, particularly with his efficiency. Last week, though, it was his leadership that stood out as the Saints fell into a 14-0 hole and looked amateurish before rallying.
Knowing New Orleans will need lots of points in this one, Brees could target All-Pro WR Michael Thomas (13) as often as he did against Philly, which was 16 times. Thomas caught 12 and had a TD. He will be the problem of standout CBs Aqib Talib (21) and Marcus Peters (22), both of them willing to gamble in coverage.
The Saints don’t have another outstanding wideout or tight end, but RB Kamara (41) almost equals Gurley for all the things he can do — and he’s healthier. Kamara and Ingram (22) will be challenged by a defense that shut down NFL rushing leader Ezekiel Elliott and the Cowboys and features the only unanimous All-Pro, DT Aaron Donald (99). Dealing with Donald and the other solid defensive linemen — Ndamukong Suh (93) and Michael Brockers (90) — will be a Saints unit led by LT Terron Armstead (71) and LG Andrus Peat (74), who have been bothered by chest and hand injuries, respectively, and RT Ryan Ramczyk (71). Giving Brees time and Kamara/Ingram holes could be decisive.

An indoor game makes for stronger kicking and, often, less impact by placekickers and punters.


An indoor game makes for stronger kicking and, often, less impact by placekickers and punters.
LA PK Greg Zuerlein (4) and P Johnny Hekker (6) might have the most powerful legs in the league, and Zuerlein is a field-goal threat from 60 yards and in. Hekker probably could put a punt off the Superdome roof.
Although Wil Lutz (3) missed a 52-yard FG attempt that kept the Eagles close last week, he’s reliable and, for someone in his third season, has hit a bunch of pressure kicks. Thomas Morstead (6) is in his 10th season with New Orleans, longer than anyone except Brees.
The Rams aren’t exceptional on returns, but they aren’t inept, either. JoJo Natson (19) has handled most of the punt runbacks, while Blake Countess (24) is the kick returner.
New Orleans, like the Rams, has not returned a kick for a score. Tommylee Lewis (11) has become the main guy.

Sean vs. Sean. Two entirely different Seans in terms of experience.
New Orleans’ Payton is in his 12th season in charge; he missed 2012 while suspended in the Saints’ bounties scandal. His offensive schemes fit perfectly with Brees’ skillset, and he won’t be overwhelmed by the surroundings, having won the 2009 championship. Payton will gamble, including fake punts with his version of a Swiss Army knife, third-string QB Taysom Hill (7).
LA’s McVay is the hot commodity on the pro football market. Every team looking for a new head coach has at least investigated people who’ve worked with McVay, who will be 33 next Thursday. He’s innovative, aggressive and, in some ways, one of the guys.
Because both Seans are willing to go for it, this should be a fun battle of wits.

The Rams have never won a Super Bowl while representing Los Angeles; they got one in 2000 as St. Louis’ team — that Super Bowl also was in Atlanta. Wade Phillips, while never one of the NFL’s great coaches, is one of the best defensive coordinators ever. He’s eager to prove so again in facing such a productive attack.
Brees is closer to the end of his career than perhaps anyone in this game, though he’s given no indication he is about to retire. Winning a second Super Bowl would cement his place among the sport’s top quarterbacks.