California and Judicial Watch Settle on Cleaning Up Voter Rolls 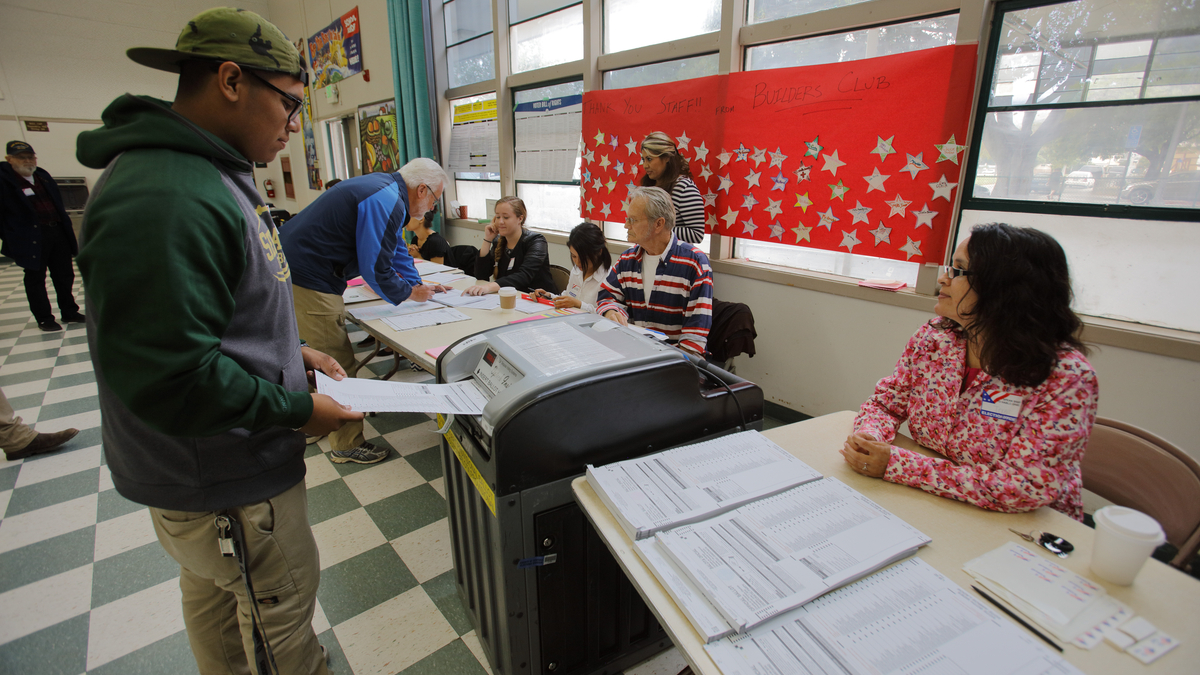 LOS ANGELES — State election officials and the conservative legal group Judicial Watch have reached a settlement over how California handles records of inactive voters.
At issue was how election officials were handling records of voters who hadn’t voted in repeated elections and were not part of active voter rolls in the state.
Judicial Watch filed a 2017 lawsuit charging that Los Angeles County and the state were failing to meet federal requirements and ensure those inactive registrations were removed from records.
The group’s president, Tom Fitton, said in a statement that the settlement “will clean up election rolls.” Judicial Watch estimates that as many as 1.5 million inactive registered names may be invalid.
There was no admission of wrongdoing in the agreement.

Los Angeles County Clerk Dean Logan said in a statement that a 2018 U.S. Supreme Court ruling shifted rules related to inactive voters.
The county will comply with the court decision, and “nothing in the agreement will jeopardize even one eligible Los Angeles County voter,” he said.

California Secretary of State Alex Padilla said the state adheres to federal rules, and the settlement “will not lead to unnecessary removal of active and eligible voters. Safeguards remain in place to ensure … procedures are followed before canceling any voter registration records.”
Jim Brulte, who heads the California Republican Party, said it was unfortunate that it took a lawsuit to compel the state to comply with federal requirements.
But “as pattern and practice, neither party communicates with inactive voters,” Brulte said. “I don’t think it has any practical impact on how campaigns will be run in California.”

After President Donald Trump lost California by over 4 million votes in the 2016 election, he tweeted an unsubstantiated claim of widespread voter fraud in California.
The settlement requires the county to attempt to contact as many as 1.5 million people in the inactive voter file to determine their status, Judicial Watch said. Inactive voters on the list might have moved or died.
Paul Mitchell of the nonpartisan research firm Political Data Inc. called the case insignificant because it involves inactive voters who “are not getting voting materials, they are not casting ballots, they are not showing up in precincts.”
“What they are saying is L.A. county holds on to too many inactive registrations,” he said. “This whole thing does nothing to clean up the active voter file.”

This is the third statewide settlement achieved by private plaintiffs under the National Voter Registration Act. Judicial Watch was the plaintiff in each of those cases. The other statewide settlements are with Ohio (in 2014) and with Kentucky (2018), which agreed to a court-ordered consent decree.
(Associated Press contributed to this report.)

Powell Says He Would Reject Any Trump Request to Resign