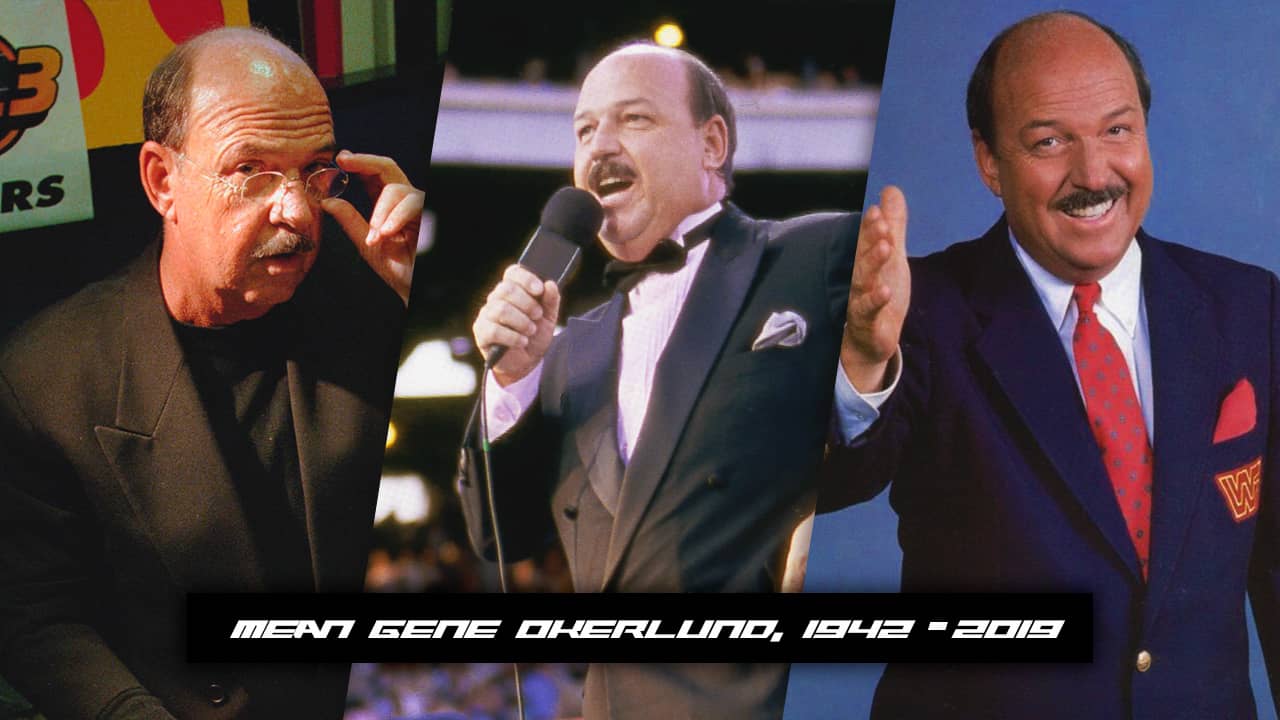 Mean Gene Okerlund, the tuxedo-clad wrestling personality, passed away at the age of 76, the WWE announced Wednesday (Jan. 2).
For decades, Okerlund served as the preeminent pitchman, interviewer, and wrestling show host for the AWA, WWF, and WCW. Whether it was a big TV event, or just an interview hyping the next local wrestling card in your town, Okerlund talked with the likes of Hulk Hogan, Ric Flair, and nearly every wrestling legends from the 1970s, 1980s, and 1990s.
The Associated Press reported that Okerlund passed away in Florida, suffering from poor health. His son Tor Okerlund said his father fell “and it just kind of went from bad to worse.”
“WWE extends its condolences to Okerlund’s family, friends, and fans,” the wrestling promotion said on its website.

Okerlund made at least one appearance in Fresno when the WWF held TV tapings at Selland Arena in 1989.

Bob Jenkins, a Fresno TV executive, served as the local ring announcer for WWF events. He recalls the time he met Mean Gene backstage.
“It was brief. He was very cordial, professional. He was very business-like,” Jenkins said.
Darrell Nickel wrestled briefly at WWF TV events. While he was never a big enough star to be interviewed by Mean Gene, he had nothing but praise for the man.
“He was a good-natured, nice guy— a guy you would like to have a BBQ with,” said Nickel, a Fresno artist and high school baseball umpire. 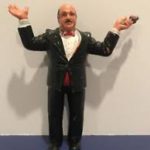 Best known for his wit and ability to communicate the storylines and personalities to the wrestling audience, Okerlund maintained a ubiquitous presence on TV.
“Gene Okerlund was a classic part of wrestling in the 80s and 90s.  He had a distinctive flair for what he did and was a master at certain aspects of his job. He had the voice and the poise,” said longtime Wrestling Observer Newsletter publisher Dave Meltzer.
While many remember his WWF stuff fondly, and they should, it was really late 70s and early 80s in the AWA where he truly shined, working with the likes of Nick Bockwinkel, Bobby Heenan and Jesse Ventura, who gave him the Mean Gene nickname that made him famous.”
Okerlund was the top interviewer on WWF’s “Saturday Night’s Main Event” that aired on NBC, 1985-91.

“He had a distinctive flair for what he did and was a master at certain aspects of his job. He had the voice and the poise.”—wrestling journalist Dave Meltzer
And, during the WWF’s main show in the 1980s, “Superstars of Wrestling” which aired Saturdays on Ch. 30 and later on Ch. 53, Okerlund hosted news segments, conducted interviews in front of the live arena audience and touted upcoming events, urging fans to get their tickets ASAP.
That was on top of Okerlund hosting weekly cable shows such as “All American Wrestling” and “TNT.”
Mean Gene wasn’t immune from the over-the-top nature of wrestling in that era. He would often use the fake-sincere line “my dear, close longtime personal friend” when talking about someone he knew — or didn’t know.
And he once nearly came to tears when describing an injury suffered by Hogan.

Pop Culture References Among Many Accomplishments

Mean Gene may have received as much screen time in the 1980s and 1990s as any wrestler. His fame led to many pop culture appearances, including a Mountain Dew commercial with comedian Kevin Hart, released just last year.
He contributed cover songs on wrestling albums released by the WWF in the 1980s, including “Tutti Frutti” and “Rock and Roll Hoochie Koo.”
He appeared in cartoons, action figures, and even had a hamburger chain named after him.
In 2006, the WWE inducted Okerlund into its Hall of Fame.

Just as Howard Cosell and Muhammad Ali were linked, so perhaps were Mean Gene and Hogan.
It’s hard to imagine any Hogan interview that didn’t start with “Well, you know something, Mean Gene!”
And, one time, Mean Gene actually stepped into the ring, teaming with Hogan in a 1984 card in the Twin Cities, to take on the dastardly duo of George “The Animal” Steele and Mr. Fuji. In the weeks leading up to the bout, training segments aired on WWF TV of the Hulkster trying to whip his partner into shape.
Hogan stopped by Mean Gene’s home early in the morning, to find the announcer smoking a stogie. In a montage worthy of the best 1980s movie, Mean Gene began to eat right, jog along the lake, and carry Hogan piggyback up a staircase.
Naturally, Hogan and Mean Gene prevailed, with Okerlund pinning Mr. Fuji.
Hogan, like many wrestling personalities today, expressed his condolences on Twitter.
“Mean Gene I love you my brother HH,” Hogan wrote.

Start in the Midwest

“He was a good-natured, nice guy — a guy you would like to have a BBQ with.”—former wrestler and Fresno artist Darrell Nickel
Okerlund, a radio and TV broadcaster, started his wrestling career as an interviewer and broadcaster for the Twin Cities-based American Wrestling Association in the 1970s. His probing questions and disgusted reaction whenever a bad guy behaved badly earned him the nickname “Mean Gene.” Jesse Ventura, the wrestler turned governor of Minnesota, took credit for the moniker.
“While many remember his WWF stuff fondly, and they should, it was really late 70s and early 80s in the AWA where he truly shined, working with the likes of Nick Bockwinkel, Bobby Heenan and Jesse Ventura,” Meltzer said.
When the WWF, as it was known in the 1980s, expanded to broadcast its show in syndication and on cable nationwide, it signed some of wrestling’s biggest stars at the time: Hogan, Roddy Piper, and Mean Gene.
After his time in WWF ended, Okerlund performed in a similar capacity with rival WCW. Okerlund became the top interviewer on “Nitro,” WCW’s flagship show that created the Monday Night wrestling wars and catapulted WCW to the top in the late 1990s.
Following WWF buying out its rival in 2001, Mean Gene rejoined the WWF (later to become WWE in 2002) broadcast team, in a limited capacity. Mean Gene would host nostalgia-based shows on the burgeoning WWE Network and a show with an insider theme on cable called “Confidential.”
He also made occasional cameos on WWE programming, usually on shows with anniversary themes.
Related Topics:Darrell NickelDave MeltzerFresnoHulk HoganMean Gene OkerlundWell You Know Something Mean GeneWWE
Up Next

Trump Answers Romney Criticism: ‘I Won Big, and He Didn’t’