Gustavo Perez Arriaga, the illegal immigrant accused of killing a Newman police corporal during a DUI stop, had two prior DUI arrests and active warrants on his record.

He also made a habit of driving without a license.

Arriaga will appear in a Stanislaus County court on Wednesday (Jan. 2), accused of killing Cpl. Ronil Singh during a DUI stop on Dec. 26. 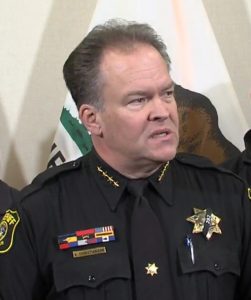 The DUI arrests and warrants Christianson referred to happened prior to 2014. SB 54, dubbed the “sanctuary state law,” was passed in 2017.

The California Highway Patrol arrested Arriaga for DUI on Aug. 14, 2011, according to the Madera County District Attorney’s office and court records.

Per the CHP, Arriaga was arrested after being involved in a collision with injury at Avenue 14 and Road 16. He was later cited and released.

Arriaga’s blood alcohol level showed 0.07, a tad below the 0.08 legal limit to drive. But, because an injury was involved, CHP charged him with a felony DUI, along with two other counts for having neither a drivers license nor insurance.

The DUI case was later reduced to a misdemeanor.

He appeared in court on Sept. 26, 2014, pleading guilty. Judge Ernest LiCalsi sentenced him to five days in jail, ordered him to attend a program for first-time offenders, and fined him.

While Arriaga served his time, he never attended his offender program, and the judge issued a $5,000 arrest warrant.

Between his first arrest and when it was adjudicated three years later, Arriaga had another arrest for suspected DUI.

Chowchilla police arrested Arriaga on June 5, 2014, on Avenue 24½ and Road 15½. Police records show four counts — two related to driving under the influence, one for exhibition of speed and one for being an unlicensed driver.

Police cited and released Arriaga to a responsible party, while towing his vehicle. The police report does not indicate whether the department inquired into Arriaga’s immigration status.

His DMV report at that time did not show his prior DUI arrest, although one non-related item came up. Chowchilla police would not release the nature of that item.

According to the DA’s office, only the DUI charges were filed, with an initial court date of Sept. 12, 2014. It is unclear if that hearing took place.

Madera County is one of two California counties (Napa is the other) where the jail is run by an agency separate from the sheriff’s office.

Madera Dept. of Corrections chief Manuel Perez says his department never had any interaction with Arriaga, at least by a suspect using that name. Law enforcement records show different names used by Arriaga.

Perez did not have any records of Arriaga serving time in his jail for the 2011 DUI case.

U.S. immigration authorities say they had no contact with Arriaga prior to his arrest last week. The agency has since placed an immigration detainer on Arriaga.

It’s not known whether Arriaga was arrested anywhere else between 2014 and 2018, according to the Stanislaus County Sheriff’s spokesman, Deputy Royjindar Singh (no relation to Ronil Singh). 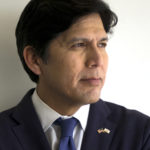 “If there were active warrants on this individual, he should have physically been in custody prior to this tragic shooting.”—SB 54 author Kevin de León

Kevin de León, the former state senator who authored SB 54, defended the law in the wake of Singh’s killing.

De León criticized Christianson for playing politics, even though the sheriff said he wasn’t.

“If there were active warrants on this individual, he should have physically been in custody prior to this tragic shooting,” de León told KCBS radio in San Francisco, shortly after Christianson’s SB 54 assertions.

De León said he hopes that Arriaga is successfully prosecuted and spends the rest of his life in prison, but said SB 54 is legal and valid.

“(A George W. Bush appointed judge ruled SB 54) is both constitutional and the law of California. It will remain so. Our goal is to make sure we have public safety for all our communities in California,” de León said.

While Christianson did not respond directly to GV Wire, he did tell The Modesto Bee that other state laws enacted at the time impeded law enforcement, citing the 2013 California TRUST Act.

That law, AB 4, limited the time law enforcement could hold a suspected illegal immigrant based on an ICE request, except for accusations of serious crimes.

SB 54, officially known as the California Values Act, limits the interaction between local law enforcement agencies and federal immigration officials. However, the law does include many exemptions for serious crimes. Among those exceptions are gang-related offenses and felony DUI convictions.

Christianson said that Arriaga, a dairy worker, had ties to the Sureños gang.