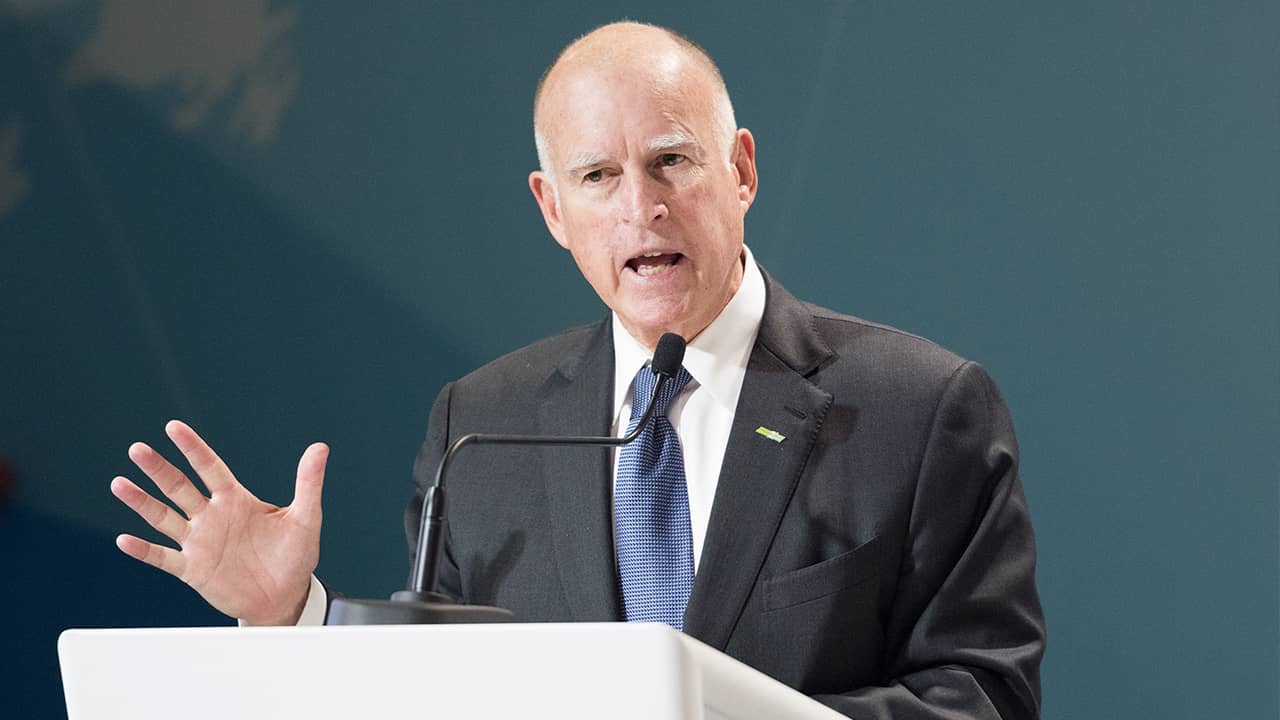 During his half-century-long career in California politics, Jerry Brown has had a complex relationship with journalists, particularly those who covered him on a day-to-day basis.

One anecdote captures the symbiotic relationship between Brown and the media in those days. While running for the Senate in 1982, his staff scheduled him for a speech to a civic organization in Santa Barbara, but he became worried that its members would ask embarrassing questions about his proposal to build a liquefied natural gas terminal at nearby Point Conception, which was very unpopular locally.
The solution was to schedule another event shortly thereafter – a visit to an Exxon offshore oil drilling platform. Television crews would be told they had to fly to the platform in advance so that they wouldn’t be there to record the questioning.
The maneuver worked as planned, and Brown was never asked about the LNG terminal.
The Brown who returned to the governorship in 2011 after a 28-year absence was warier of the media, as he more or less acknowledged Tuesday during a swan song appearance before the Sacramento Press Club.
“One thing I tried to avoid is overexposure,” he said wryly.
He had learned, he said, about the pitfalls of open-ended news conferences at which reporters could ask questions about any topic. Instead, he has called in reporters for specific announcements so that he could keep questions to that topic.
One aspect hasn’t changed. He still welcomes interviews by out-of-state journalists, which has resulted recently in a spate of laudatory articles, and one hour-long cable television show, about his political career.

Brown’s Press Club appearance was, ironically, the sort of open-ended interrogation that he has successfully avoided for the past eight years. He was interviewed by two veteran journalists and then fielded questions from others in the audience.


“I can’t think of a day I haven’t enjoyed as governor. I like it all.” – Gov. Jerry Brown
Brown acquitted himself very well, again illustrating anew that there are few politicians who can match his erudition and wit.
The topics ranged from his favorite books to the fate of his two pet projects, a bullet train and water tunnels beneath the Sacramento-San Joaquin Delta, and in answering them, Brown made it very clear that if he didn’t face term limits, he’d continue his governorship and political campaigning until the day he died.
“I can’t think of a day I haven’t enjoyed as governor,” he answered one questioner. “I like it all.”
And we in the media have enjoyed having him to cover for all these decades. It’s never been a dull moment.
CALmatters is a public interest journalism venture committed to explaining how California’s state Capitol works and why it matters. For more stories by Dan Walters, go to calmatters.org/commentary.
Related Topics:CaliforniacampaignJerry BrownjournalistsmediaPoliticsSacramento
Up Next

Valiant Survivors Reclaim Their Femininity in the Face of Cancer