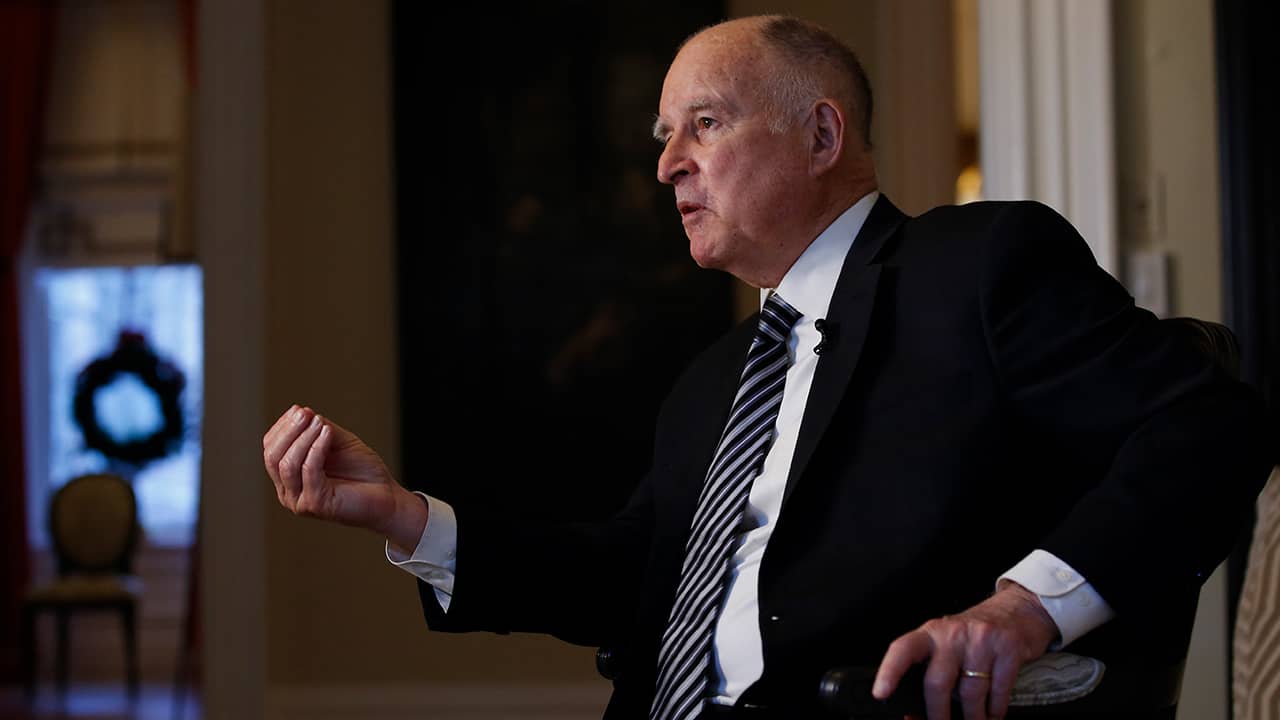 SACRAMENTO — Democratic Gov. Jerry Brown helped make his party even more powerful in California during the last eight years and now, less than a month before leaving office, he predicts that dominance will make it difficult for his successor to control Democrats’ hunger for spending and regulations.

Brown, 80, leaves office Jan. 7 after wrapping up a record four terms, first from 1975 to 1983 and again since 2011. Under a state law enacted between his tenures, no future governor may serve more than two terms, consecutive or not.
Brown’s comments on Democratic priorities reflect the more frugal attitude he brought to Sacramento. He entered office with a $27 billion deficit and leaves behind a nearly $15 billion rainy day fund and a budget surplus.
Brown, however, has backed his own expensive plans. He used Democratic majorities to pass a controversial gas tax increase for road maintenance and has steadfastly defended a $77 billion project to build a high-speed rail line between Los Angeles and San Francisco that’s seen repeated delays and cost overruns.
While he warned against overspending, he said he expected dissonant voices among the Democratic majority — a result of what he called the party’s greater diversity of people and ideas. Republicans, he said, hold a “slavish adherence” to a limited agenda and President Donald Trump.
Brown will depart on the heels of the deadliest U.S. wildfire in a century. Flames tore through the town of Paradise last month, killing at least 86 people and destroying 14,000 homes.
The governor blamed climate change for more destructive blazes in recent years and warned things will worsen.

Limiting Building in Areas at High Risk for Wildfires

The governor called the need to limit building in areas at high risk for wildfires “obvious” but said it’s “politically painful” to implement when people want to rebuild their homes and developers see opportunities.

“The problem is burning oil, consuming it,” he said. “The only way you stop that is electric cars, land use so you don’t have to travel so far and other forms of reducing carbon emissions.”


“The problem is burning oil, consuming it. The only way you stop that is electric cars, land use so you don’t have to travel so far and other forms of reducing carbon emissions.” — Gov. Jerry Brown
He said climate change advocates still must be careful to not overplay their hand. He pointed to a planned fuel tax in France that led to violent protests. French President Emmanuel Macron early this month backed down on the tax, which critics said would hurt the working class.
Brown said Macron didn’t add enough rebates or tax credits to cushion the blow for low-income people.
“You have to get the right idea, you have to be careful and nuanced and then you have to be very skillful in the execution, and you can fail in many different ways,” Brown said.
In a common theme, he ended the interview with a global wake-up call.
“The threat of nuclear annihilation and climate change on a permanent basis looms, and therefore it is time for new leaders to rise up and make the case and mobilize the people for what needs to be done,” he said. “What needs to be done is unprecedented, and therein lies the dilemma.”
Related Topics:CaliforniaDemocratseconomicGov. Jerry Brownregulationsspendingtaxpayers
Up Next