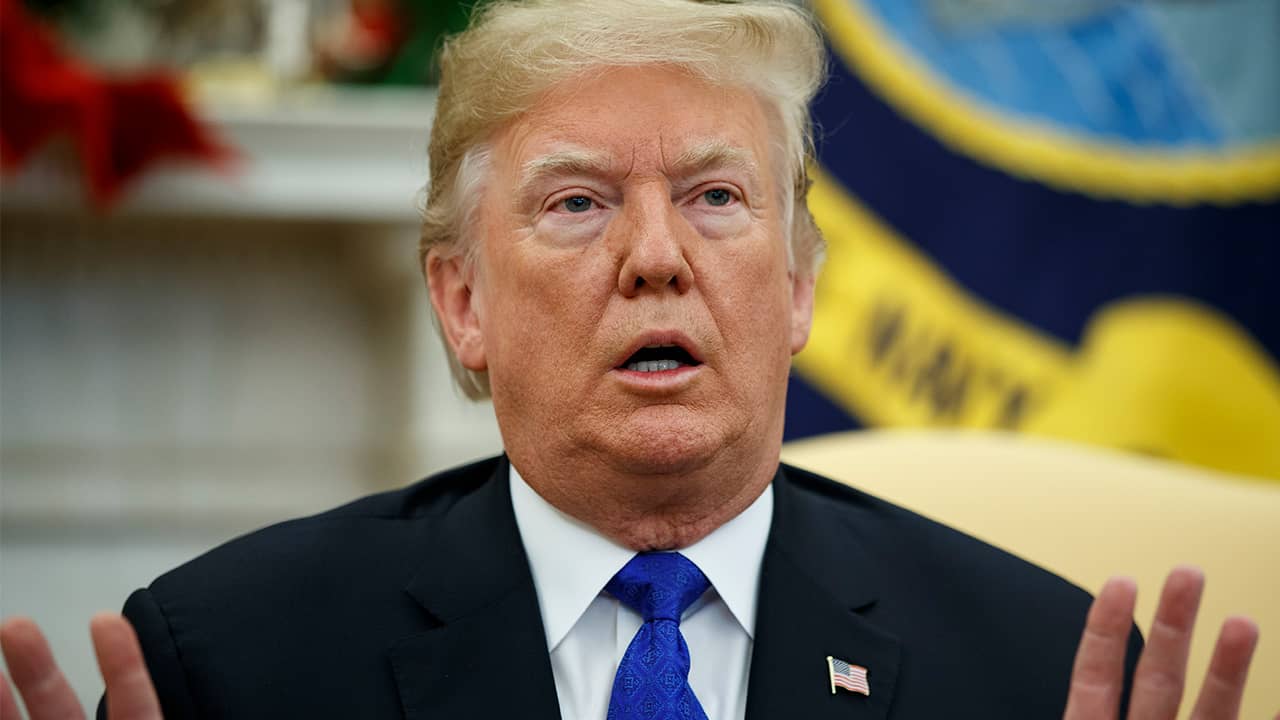 WASHINGTON — Pushing the government to the brink of a partial shutdown, the White House is insisting that Congress provide $5 billion to build a wall along the U.S.-Mexico border despite lawmaker resistance from both parties.
Without a resolution, parts of the federal government will shut down at midnight Friday.
President Donald Trump kept up the pressure on Democrats on Monday, tweeting: “Time for us to save billions of dollars a year and have, at the same time, far greater safety and control!”

Anytime you hear a Democrat saying that you can have good Border Security without a Wall, write them off as just another politician following the party line. Time for us to save billions of dollars a year and have, at the same time, far greater safety and control!

On Sunday, White House senior adviser Stephen Miller said: “We’re going to do whatever is necessary to build the border wall to stop this ongoing crisis of illegal immigration.”
Asked if that meant having a government shutdown, he said: “If it comes to it, absolutely.”
Trump said last week he would be “proud” to have a shutdown to get Congress to approve a $5 billion down payment to fulfill his campaign promise to build a border wall. But the president doesn’t have the votes from the Republican-controlled Congress to support funding for the wall at that level.

Trump Would Likely Need to Make the Next Move

Both major political parties in Congress have suggested that Trump would likely need to make the next move to resolve the impasse. The House is taking an extended weekend break, returning Wednesday night. The Senate returns Monday after a three-day absence.
The Democratic congressional leaders, Sen. Chuck Schumer and Rep. Nancy Pelosi, have proposed no more than $1.6 billion, as outlined in a bipartisan Senate bill. The money would not go for the wall but for fencing upgrades and other border security. Democrats also offered to simply keep funding at its current level, $1.3 billion.


“He is not going to get the wall in any form.” — Sen. Chuck Schumer
Showing no signs of budging, Schumer said Sunday that it was up to Trump to decide whether the federal government will partially shut down, sending thousands of federal employees home without pay during the holidays.
About one-quarter of the government would be affected, including the departments of Homeland Security, Transportation, Agriculture, State and Justice, as well as national parks. The U.S. Postal Service, busy delivering packages for the holiday season, wouldn’t be affected by any government shutdown because it’s an independent agency.
“He is not going to get the wall in any form,” Schumer said.
Trump had neither accepted nor rejected the Democrats’ proposal as of Friday, according to the Democrats, telling them he would take a look. Trump will need Democratic votes either way, now or in the new year, for passage.
Trump, during his 2016 presidential campaign, promised that Mexico would pay for the wall. Mexico refused.

Republicans Remain Hopeful They Can Come up With a Proposal

Wyoming Sen. John Barrasso, the No. 3 Republican in the Senate, said Republicans remain hopeful they can come up with a proposal that can be acceptable to Trump and pass both chambers. He suggested that could take the form of a stopgap bill that extends funding until January or a longer-term bill that includes money for border security.