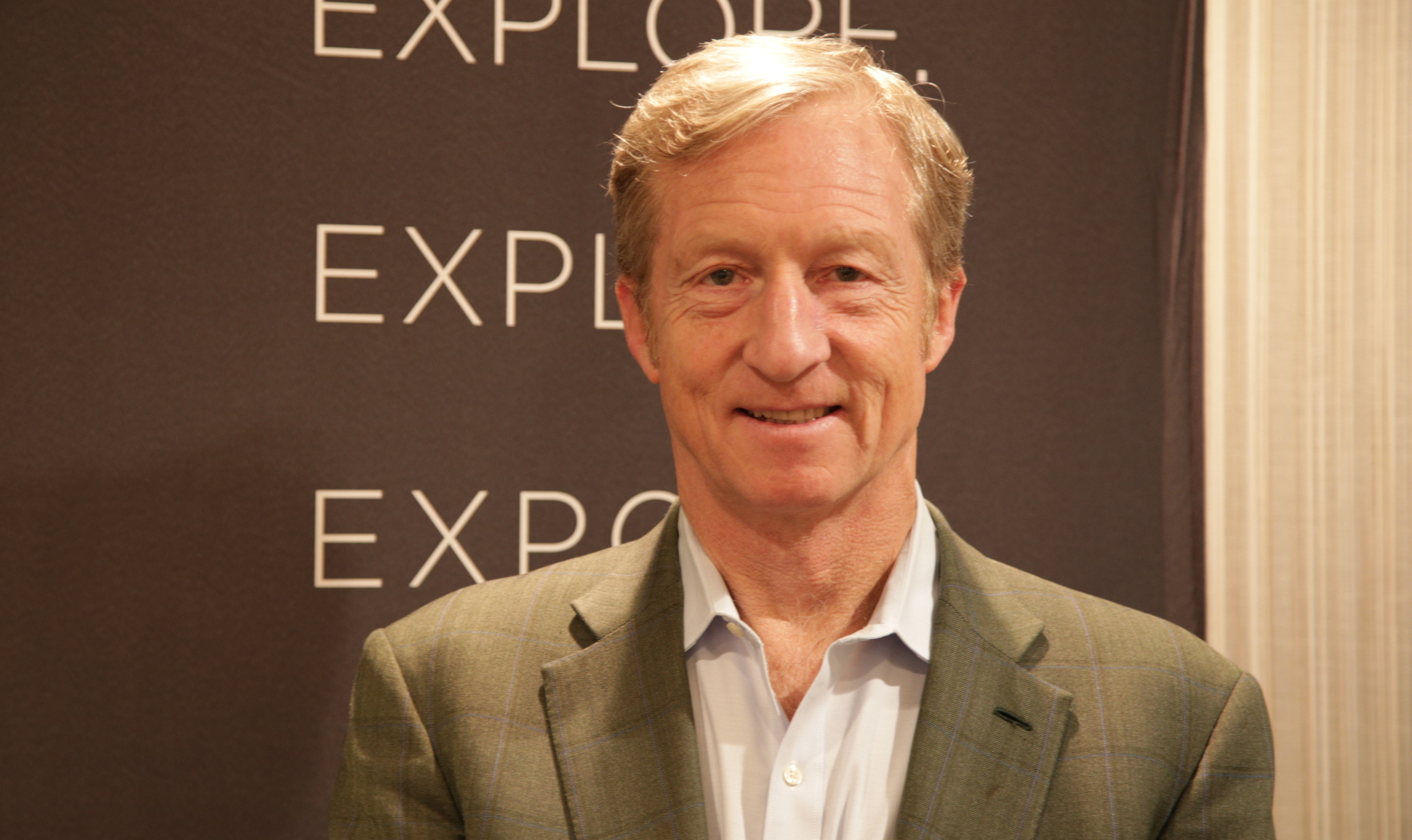 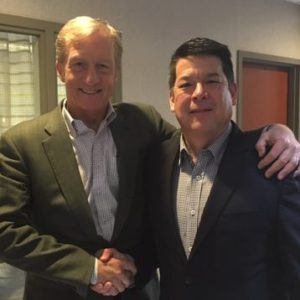 Billionaire Tom Steyer acts like a man planning to run for president in 2020.
The Democratic political activist was in Fresno Thursday (Dec. 13). He met with local elected officials like incoming congressman TJ Cox (D-Fresno) and state Senator Melissa Hurtado (D-Sanger).
He also held a public roundtable/town hall in Fresno at the Falls Event Center.
Steyer remains non-committal about throwing his hat in the ring but was more than happy to speak exclusively with GV Wire about one of his favorite topics as of late, the performance of the current occupant of the office.

The New York Times reported that Steyer placed anonymous LinkedIn ads for staff directors in New Hampshire, Nevada, and South Carolina. Those just happen to be states where Steyer has held or is scheduled to hold town hall events.
“I haven’t made a decision to run. But we have made a decision to do is fight as hard as we can for the fundamental rights for the American citizens,” Steyer said.
He chose those states because that is where the early primaries are. He wants to get the word out on his 5 Rights campaign — the right to vote, right to clean air and water, right to learn, the right to a living wage and the right to health.

Steyer did not hold back on his thoughts on Trump. About the only thing they have in common, he says, is that they have two eyes and two ears.
He said he has been a successful businessman over the last 35 years, whereas Trump has failed. He also feels he understands the issues better.
“Unlike Mr. Trump, I deeply care about what’s good for Americans,” Steyer said.
Steyer has funded the Need to Impeach campaign, and especially with this weeks’ news of former Trump attorney Michael Cohen’s sentencing for tax evasion and campaign finance violations, he’s not letting up.

He says impeachment should be a bipartisan action.
“This is a question of patriotism, not partisanship. Regardless of what party you’re in … tell the truth and put the American people first. It is pretty clear, reading the news this week, this president is a criminal,” Steyer said.

There you have it, folks: Trump declares that he’ll shut down the government if he doesn’t get his racist, wasteful wall.

On Twitter, Steyer called the border wall “racist.”
“When he’s talking about immigration, he’s inherently talking about immigration by non-white people. What he’s doing with that wall, is trying to give a vivid picture of the need to exclude people who are not white, specifically exclude Latinos,” Steyer said.
“What’s going on here is an attempt to keep America Caucasian.”
For interview highlights, click on the video above.