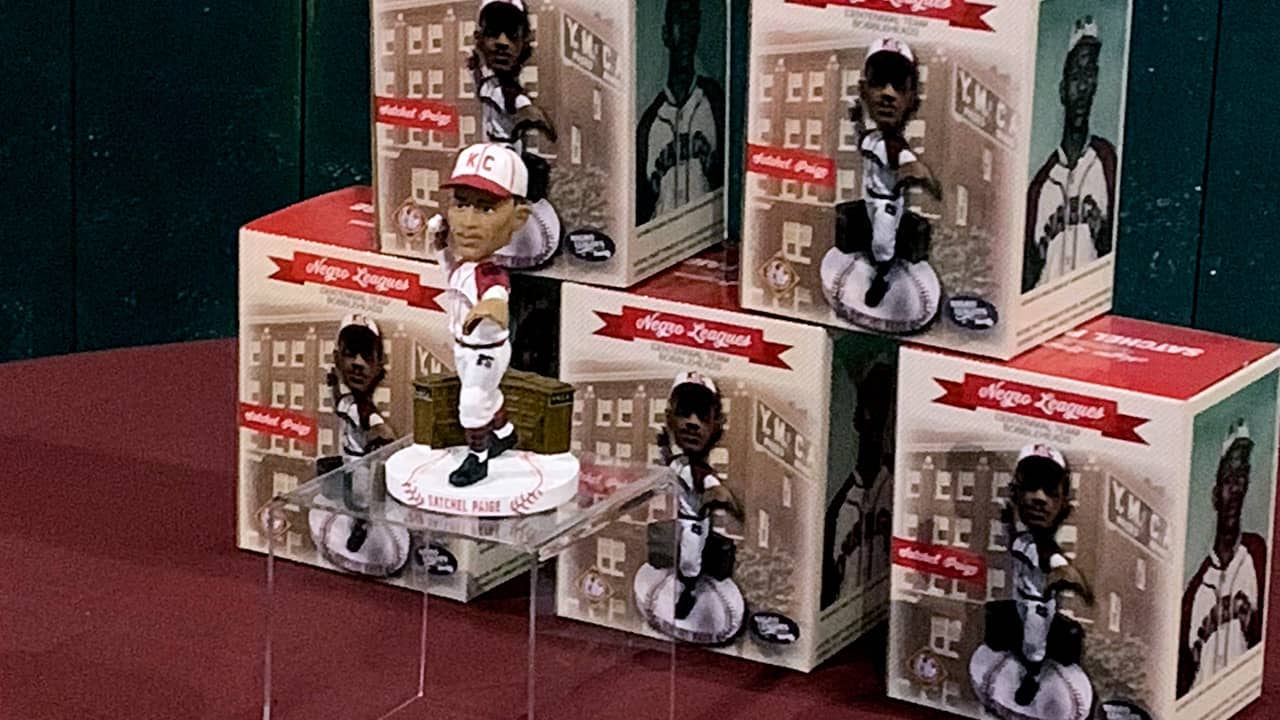 KANSAS CITY, Mo. — Fans of the former Negro Leagues are being asked to help a campaign to create bobbleheads of 30 stars from the league — with a goal of commemorating the league’s upcoming centennial.
Organizers of the effort, which was unveiled Wednesday, have created a team of 30 Negro Leagues stars who would be honored with bobbleheads if the campaign raises enough money. The first bobblehead of pitcher Satchel Paige of the Kansas City Monarchs has already been produced.
The Paige bobblehead stands on a baseball-shaped base in front of a replica of the Kansas City YMCA at 18th Street and the Paseo, where the Negro National League was organized on Feb. 13, 1920, The Kansas City Star reported.
Production of the rest of the licensed, limited-edition bobbleheads will depend on a Kickstarter campaign launched Wednesday by the National Bobblehead Hall of Fame and Museum and Dreams Fulfilled, which was formed to promote the Negro League centennial.

“The Negro Leagues Centennial Team series will bring long overdue recognition to players who were not only among the best to play the game, but also early civil rights pioneers who helped pave the way for integration in baseball and the country,” Dreams Fulfilled founder Jay Caldwell said in a statement.


“The Negro Leagues Centennial Team series will bring long overdue recognition to players who were not only among the best to play the game, but also early civil rights pioneers who helped pave the way for integration in baseball and the country.” — Dreams Fulfilled founder Jay Caldwell
The goal is to raise $10,000 by Jan. 7. Any donation is welcome but those who give $20 or more will get first choice and better pricing for the bobbleheads, which will be individually numbered up to 2,020.
The bobblehead series is licensed by the Negro Leagues Baseball Museum in Kansas City.
Museum President Bob Kendrick and Caldwell on Wednesday announced the African-American and Hispanic players selected for the Centennial Team. They played between 1895 to 1947, when Jackie Robinson became the first African-American in the major leagues.
“This is really important because not only is it a way to perpetuate the legacy of the Negro leagues but it’s such a tremendous way to educate the public about these legendary athletes who the majority of people have no idea about,” Kendrick said.

Paige’s eldest child, Pamela, who attended the announcement, said she wasn’t aware her father was famous while she was a child.
“When my father came home off the road, it was all about his children and family and we did family things,” Pamela Paige O’Neil said.
If the Kickstarter campaign is successful, bobbleheads of the 30 Centennial Team players, plus a manager and an owner, will be introduced on average of two a month through February 2020.
The bobbleheads will be available at the National Bobblehead Hall of Fame and Museum’s online and retail stores, at the Dreams Fullfilled website and at the Negro Leagues Baseball Museum store and other outlets. They are expected to retail for $30 plus $8 shipping.
A portion of the proceeds of each sale will go to relatives of the players and to the Negro Leagues museum.

Related Topics:bobbleheadscampaigncentennialFundraisinghonoredNegro Leagues
Up Next