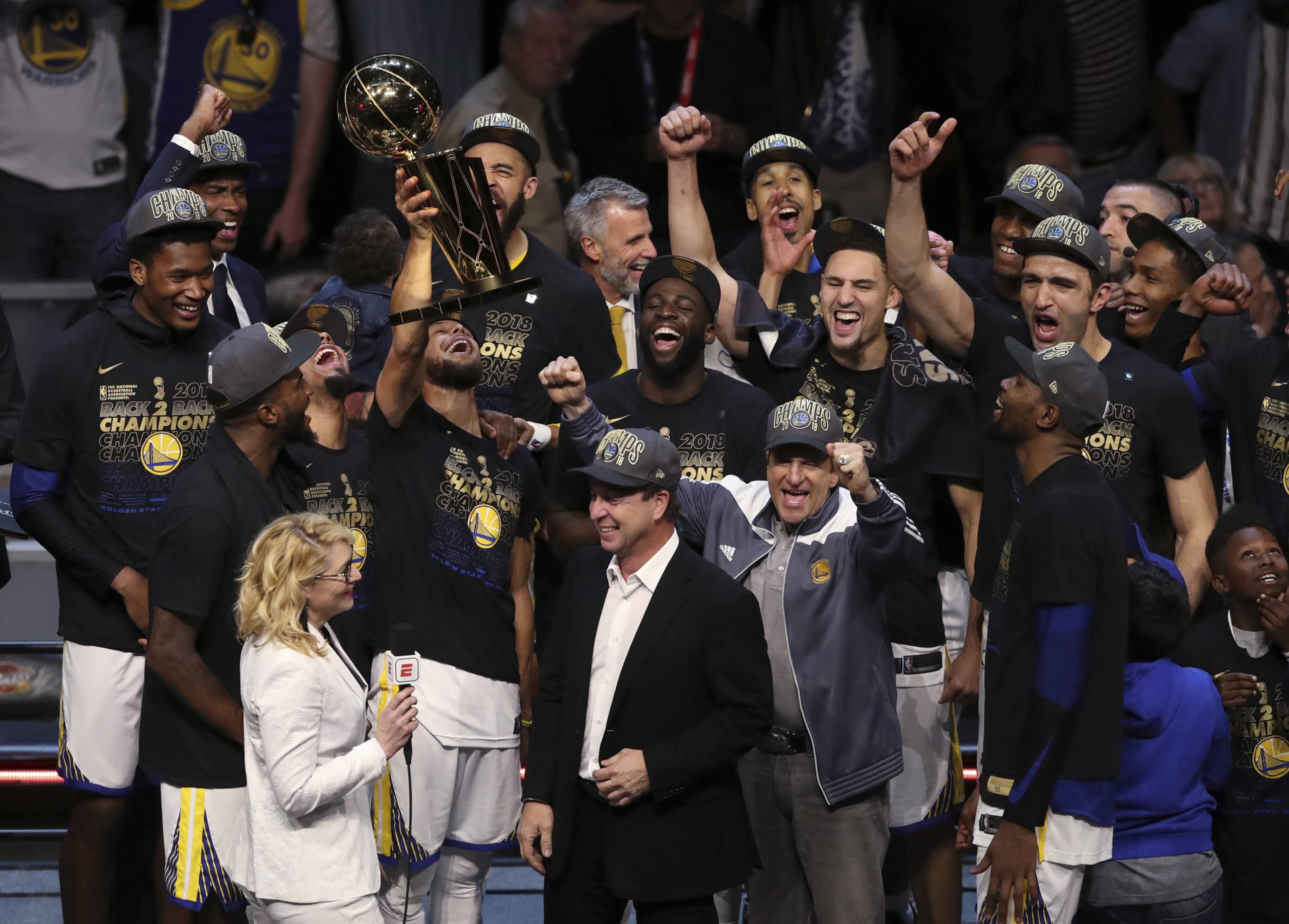 The three-time NBA champion Golden State Warriors are the fourth team to be honored as Sports Illustrated’s Sportsperson of the Year.
The Warriors join the 1980 U.S. hockey team, the 1999 U.S. Women’s World Cup soccer squad and the 2004 Boston Red Sox as the other team honorees.
Sports Illustrated announced the winner Monday, and editor-in-chief Chris Stone said they have been thinking of some way to honor the Warriors during their run of three titles in four years. He also acknowledged that there were a couple years where Steph Curry has been in the conversation.
“There is something transcendent about the team where the sum of their parts was apparent from the beginning,” Stone said. “What they have built into a dynasty is a function of empirical success. They’re really a generational team. I don’t know if, in my lifetime, there has been a team where the pieces have blended so beautifully together.”

The Celebration of the Organization Doing Something Unique

Stone also said that the Warriors’ honor is more about the celebration of the organization doing something unique over an extended period while the other teams were honored for what they did in a certain year.
Alexander Ovechkin, who led the Washington Capitals to their first Stanley Cup title, Tiger Woods and LeBron James also received consideration, but Stone said the Warriors felt like the favorite when they repeated as NBA champions.