LOS ANGELES — A journal entry penned when Shameik Moore was a teenager laid out one of his dreams — to play Spider-Man on the big screen. That dream is now partially realized with Moore serving as the voice of the webslinger in the new animated film, “Spider-Man: Into the Spider-Verse.”

“It’s a new time in Hollywood. Not only are we in live-action superhero movies, but they are animating us now. I’m honored to be the first black Spider-Man (in a film).” — Shameik Moore

Moore plays Miles Morales, a biracial Brooklyn teen who gains an array of superpowers after being bitten by a radioactive spider. Morales melds his superpowers, including enhanced hearing, wall-crawling and camouflage abilities — while putting his own stamp on the character. Gone are Peter’s Parker’s blue-and-red outfits, replaced by a red-and-black version and a cool pair of sneakers.

Moore’s ambition was to be the face of Spider-Man in a live-action film, something he still hopes will happen. But for now, he’s happy to serve as Morales’ voice in “Into the Spider-Verse,” which is in theaters Friday and has already drawn rave reviews.

“The story now is coming out through me. So with great power, comes great responsibility,” he said, referencing an oft-repeated line from the Spider-verse of film and comics. “It’s a black Spider-Man and he looks like me.

“It’s a new time in Hollywood,” said Moore, who is 23 and of Jamaican descent. “Not only are we in live-action superhero movies, but they are animating us now,” he said. “I’m honored to be the first black Spider-Man (in a film).”

“Into the Spider-Verse” last week was nominated by the Golden Globes for best animated film, and has generated some Oscar buzz that could lead to a superhero showdown with “Incredibles 2” and “Ralph Breaks the Internet.” It boasts a 99 percent rating on Rotten Tomatoes and has drawn rave reviews for its visual style and deftly managing of a storyline that features six distinct versions of Spider-Man. The multiple Spideys team up to thwart a plot by Marvel supervillain Kingpin, who hatches a plan to wreak havoc across multiple realities.

Moore almost had a divergent path to becoming Spider-Man. He first auditioned to play the webslinger years ago with other multiracial candidates, but the role of Spider-Man and his alter-ego Peter Parker ultimately went to Tom Holland, who made his debut in “Captain America: Civil War,” anchored the stand-alone film “Spider-Man: Homecoming” and had a key role in “Avengers: Infinity War.”

The actor’s fascination with Morales started after seeing Donald Glover voice the character on Disney’s “Ultimate Spider-Man” a few years ago. The character was introduced in comic books in 2011 after President Barack Obama and Glover, inspired by Morales’ creation, sported Spider-Man pajamas on a different TV show.

Moore recalled how director Rick Famuyiwa, who cast him in the 2015 film “Dope,” considered him to play Morales in a live-action film, but he said those plans were scrapped after “somebody in power got switched around” and decided to make it an animated film. 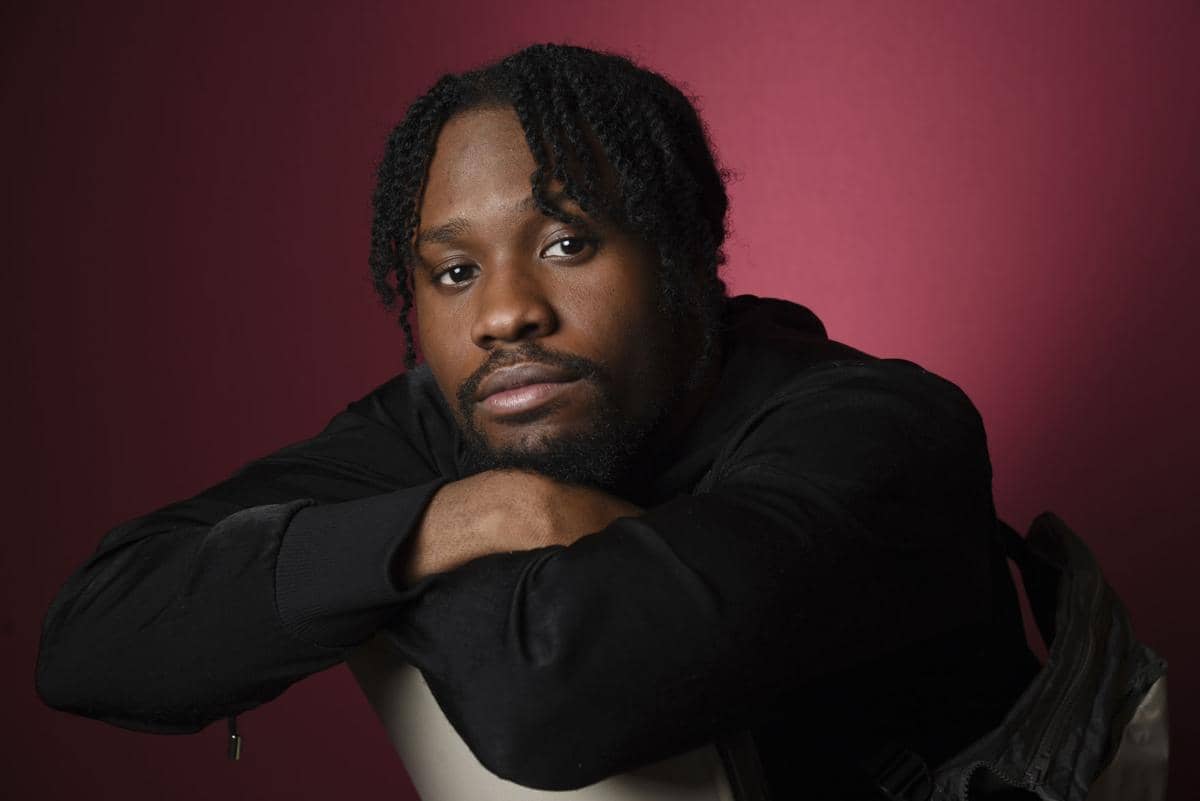 In this Nov. 30, 2018 photo, Shameik Moore, a cast member in “Spider-man: Into the Spider-Verse,” poses for a portrait at the Four Seasons Hotel in Los Angeles. (Photo by Chris Pizzello/Invision/AP)

Producers of “Spider-Verse” said they went the animation route because computer graphic illustrators could mimic comic book movements better. With the process of blending CGI and hand-drawn animation, it took three years to develop “Into the Spider-Verse.”

“Our animation is so exaggerated that the best stuntman in world couldn’t do it. At least in this film, he can move the same way as the comics. If anything, this doesn’t box out a live-action Miles movie. It actually brings more awareness to it.” — Chris Miller, co-producer

“Our animation is so exaggerated that the best stuntman in world couldn’t do it,” said Chris Miller, who co-produced the film with Phil Lord, one of its co-writers. The filmmaking duo is known for “21 Jump Street” and “The Lego Movie.” ”At least in this film, he can move the same way as the comics. If anything, this doesn’t box out a live-action Miles movie. It actually brings more awareness to it.”

Moore says he hopes it happens sooner than later.

“I’m very physical. I don’t need the mask to do flips,” he said. “I won’t need a stunt double. … But if they take like six, seven years, I’ll be older and won’t be able to play it.”

Regardless of awards or box offices success, “Spider-Verse” cast members believe the film will inspire audiences. The movie explores Morales’ biracial culture and upbringing of the character that swings around the city wearing Air Jordan sneakers.

“I can’t imagine if I was a kid and there was a black or brown Spider-Man, I would have been so excited,” said Oscar-winning actor Mahershala Ali, who is the voice of Morales’ uncle Aaron Davis aka Prowler. “This opens doors for a different generation to sort of believe in different possibilities. There’s a generation that came into the world knowing Barack Obama was their president, and never thought it was strange or a huge feat. Hopefully, this can be the same.”

“I can’t imagine if I was a kid and there was a black or brown Spider-Man, I would have been so excited.” — Oscar-winning actor Mahershala Ali

Brian Tyree Henry, who plays Morales’ police officer father Jefferson Davis, called the film “necessary.” He said he and Ali’s characters showed the importance of having strong men in the teen’s life.

“I teared up sometimes. It made me think about my upbringing,” said Henry, who stars in “Atlanta” and “If Beale Street Could Talk.” ”My father is still alive and in my life. … The number of black men who (Morales) had in his life were actually there for him, guiding him. I love that the Marvel Universe is giving that representation a face, a name and giving it a superpower.”

“I think the studios would be very excited to make more of these,” said Peter Ramsey, co-director with Rodney Rothman and Bob Persichetti. “Right now, it still has to come out and allow the audience to fall in love with it. There’s so much potential.”