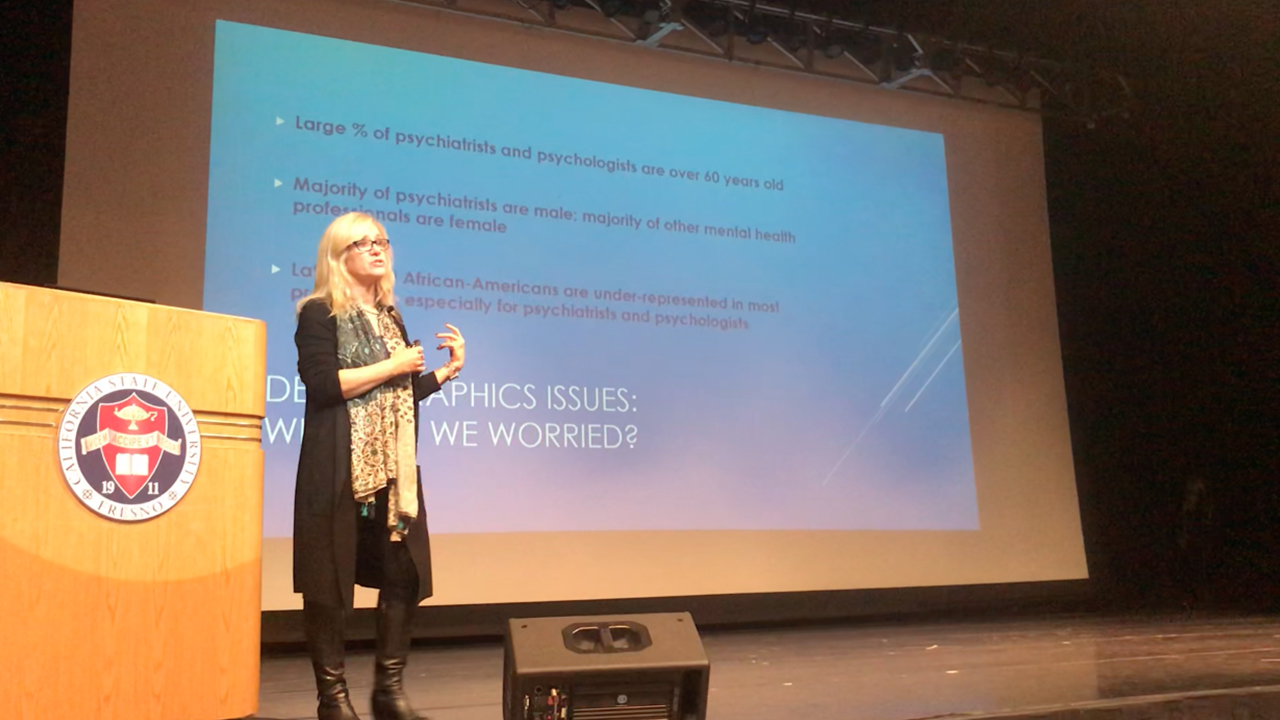 When Bianca Villanueva graduates from high school, she wants to work toward a career as a cosmetic surgeon.
To get more information on what to do, Villanueva attended the Growing Health Leaders Youth Conference at Fresno State’s Satellite Student Union.
Choosing to go was one of the best decisions in her life, she said Thursday.
“It was pretty informative, I learned a lot,” said Villanueva, a senior at Dinuba High School. “It is a really good event to attend if you are interested in the medical field.” 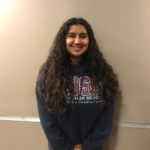 “It is a really good event to attend if you are interested in the medical field.” — Bianca Villanueva, senior at Dinuba High School

In the San Joaquin Valley, there are only 45 primary care doctors for every 100,000 residents, according to a 2017 UC San Francisco report.
That compares to the greater Bay Area, which has the highest number of primary-care doctors in California at 75 per 100,000.
There are worker shortages throughout the entire healthcare industry, as well. So high school students, with the right schooling, have excellent job prospects — especially with the expansion and establishment of medical schools in the Valley.
For example, UCSF Fresno became a branch campus of the UCSF School of Medicine this summer.  Gov. Jerry Brown signed legislation in September supporting a Valley medical school. And California Health Sciences University in Clovis is gearing up to expand beyond its pharmacy school.

The conference had six, 45-minute breakout sessions focused on different aspects of the medical field. Categories included behavioral health, dental health, medical simulation, and patient experience.
Villanueva said the latter was her favorite.
“I learned how to approach a patient, and how you should act in a professional setting,” she said. “I also learned motivation tips and tricks to keep going when the going gets tough.”

Villanueva was one of more than 400 high school students who attended the fifth annual conference.
The purpose was to expose high school students to careers in healthcare with a special emphasis on behavioral health services, said Mary Renner, chief operations officer at Central Valley Health Network.
Dawan Utecht, one of two keynote speakers, hopes the conference gets students interested in pursuing a career in the medical field “because we need them.”
“The problem is that we have people who need healthcare services and we have fewer people who are providers,” said Utecht, director of behavioral health for Fresno County. “It is really important that we get more people into the field.”
Renner said this year attracted the most students in the event’s history.

“We’re so excited that local high school students have this wonderful opportunity to experience first-hand the great potential for obtaining a rewarding career in the vast healthcare industry and to visit the Fresno State campus at the same time,” Renner said.

Jacob Rodriguez, a senior at Dinuba High School, plans to follow in his father’s footsteps and work with cancer patients.
“I got to job shadow with my dad a lot and got to know all the people he works with,” Rodriguez said. “That’s how I got interested in the field.”
However, instead of being a radiation therapist, Rodriguez said he aspires to become a radiation oncologist.
“It really opens your eyes to different aspects in the medical field,” said Rodriguez about the event. 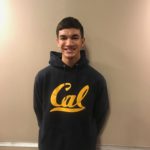 “It really opens your eyes to different aspects in the medical field.” — Jacob Rodriguez, a senior at Dinuba High School
Hayden Tarr said the conference expanded his career options.
“I originally thought that I wanted to be a vet because I get to work with animals,” said Tarr, a junior at Sierra High School in Tollhouse. “Then I realized that I couldn’t work very well under pressure when animals were in pain. But with people, it is a little bit different for me.”
A career as a registered nurse, Tarr said, is a better fit.
However, after attending the conference, he is considering other options as well.
“It is the one that is in my mind right now, but my plan might change,” Tarr said. “Maybe I’ll explore nursing or a doctor or something like that.”
Related Topics:behavioral health servicesDawan UtechtdoctorFresno StateGrowing Health Leaders Youth Conferencehigh school studentsmedical fieldmental healthnurse
Up Next