Is She the Face of the New Democrat? Rashida Tlaib Visits Fresno. 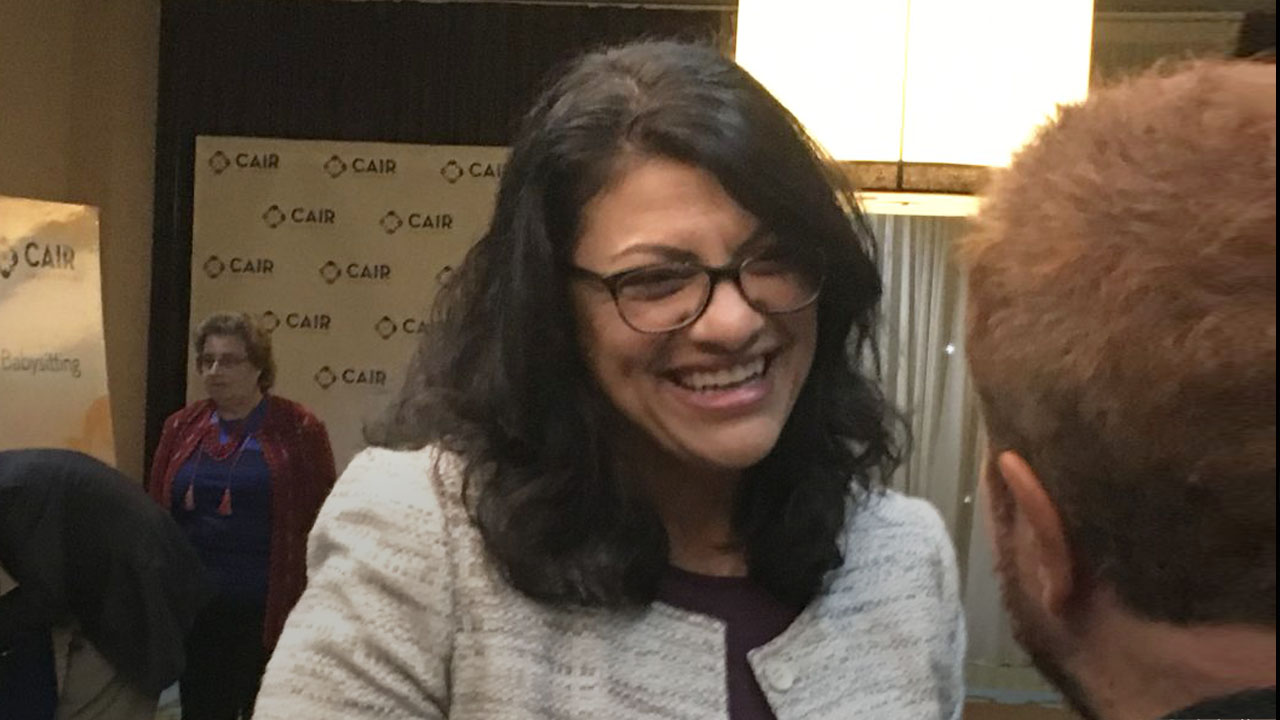 In November, Rashida Tlaib made history. In doing so, she has quickly become one of the darlings of the political left.
The newly elected congresswoman from Detroit visited Fresno this past weekend. On Saturday (Dec. 1), she delivered the keynote speech at a Council on American-Islamic Relations fundraising dinner in downtown Fresno.
The following day, she met with supporters and fans at a privately-hosted brunch.

So awesome to meet Congresswoman @RashidaTlaib and celebrate with Congressman-elect @TJCoxCongress! @TEEFRAZ Great things are in store for our country with these new leaders. pic.twitter.com/SX6amgCxgB

Tlaib is the embodiment of White House resistance — female, Muslim and unapologetically liberal.
Saturday evening was non-stop handshakes and picture requests with Tlaib, who will be sworn in Jan. 3. She delivered the kind of remarks the 100 or so in attendance wanted to hear.

When voters in Michigan’s 13th district elected Tlaib last month, she became the first of two Muslim-American women elected to Congress (Minnesota’s Ilhan Omar, also elected last month, is the other).
What’s the biggest misperception of Muslims in politics?

During her 20 minute speech, Tlaib spoke of her actions in opposition to President Trump, starting with getting kicked out of a 2016 Trump campaign event while protesting. (Watch Tlaib’s full speech in the video at the bottom of the page).
Tlaib also spoke reverently about her grandmother.
“She hated bullies,” Tlaib said. “I don’t think she realized she prepared me for the biggest bully in the history of the country.”
Still, she was not shy about taking a few shots of her own.  She said of Housing and Urban Development Secretary Ben Carson — “he went to my high school. I try not to tell people about that.”
The rest of the speech dealt with her passion for fighting for the environment and for immigrants.
She called on the Muslim community to speak out against injustice, noting that many were silent when Trump referred to some Mexican immigrants as rapists when he announced his presidential candidacy.
“Speak up, because that is what Prophet Mohammed, peace be upon him, would have done,” Tlaib said.
Tlaib briefly referenced impeachment when sharing an anecdote about her mother’s concern about Trump.
“Momma, I actually have more oversight over him. I have power, I’m teaching my mother. And, I was like ‘Momma, I’m even reading this book about impeachment’…and I’m teaching my mom about impeachment,” Tlaib told a chuckling audience.

Tlaib, nor anyone else during the evening, uttered the word “Israel” once. But she answered GV Wire’s questions about it prior to the dinner.

Tlaib also supports the BDS (boycott, divestment, sanctions) movement against Israel.
“As an ACLU card member, I can tell you that I’m such at the forefront of freedom of speech. And, that’s economic boycotts,” she said.
“I want to encourage youth to be that engaged. Their form of protest is BDS, and that’s OK. For them, it’s about elevating the voices of those who don’t have a voice right now, which many of them are Palestinian children in the West Bank.
“It has nothing to do with faith, as much as it really had to do with the issue around human rights.”
She said that charges that her views are anti-Semitic are similar to the criticisms that blacks endured during the bus boycotts of the 1950s.
“I learned so much from my African-American teachers, who said that’s how they were able to finally be heard on those issues. To me, it’s a peaceful form to say, look, we have to do something about this division and this violence and it’s all stemmed around human rights and the dehumanization of Palestinians.”

Tlaib also supports abolishing Immigration and Customs Enforcement, but makes a distinction between its duties and that of Border Patrol.


“It is not illegal for people to seek safe haven.”—Rashida Tlaib on immigration
And for her, the border refers to the country’s northern boundary with Canada.
“I keep telling (Homeland Security), even though I have one of the largest Latino populations in my district, you should probably be focused on the Canadians coming in,” she said.
She believes the government’s enforcement efforts are misdirected.
“ICE (is) really terrorizing my families, asking them for documents. That layer of militarizing our border that way, it’s not even focused on the border. It’s focused on the inside, focused on Americans and their family members,” she said.
As for ICE field operations, Tlaib said “We don’t need that…Our immigration system was so much about family, so much about unity and this American Dream. You don’t hear people talk about the Canadian Dream or the German Dream. There’s always this American Dream, this opportunity.
“It is not illegal for people to seek safe haven. It just shows us how critical it is, seeing the massive number of people wanting to come here—how broken our immigration system is, and how we need to try and make sure it is humane and is accessible to people who need it the most.”

For Tlaib, water issues mean access to clean water, and how it relates to climate change.
“We only have about 12 years before we start seeing the rise in heat and that impacting our access to water,” she said.
She says this new Congress is younger and more in tune with the realities of climate change.
“We actually believe the science. We’re all now very much engaged in this issue of water across the country.”
Tlaib seemed taken aback about learning that one of the Central Valley’s top water issues is storage.
“What do you mean water storage? You don’t have any place to put the water?” she responded.

Nonprofits Get Creative For Home of Hope Fundraiser