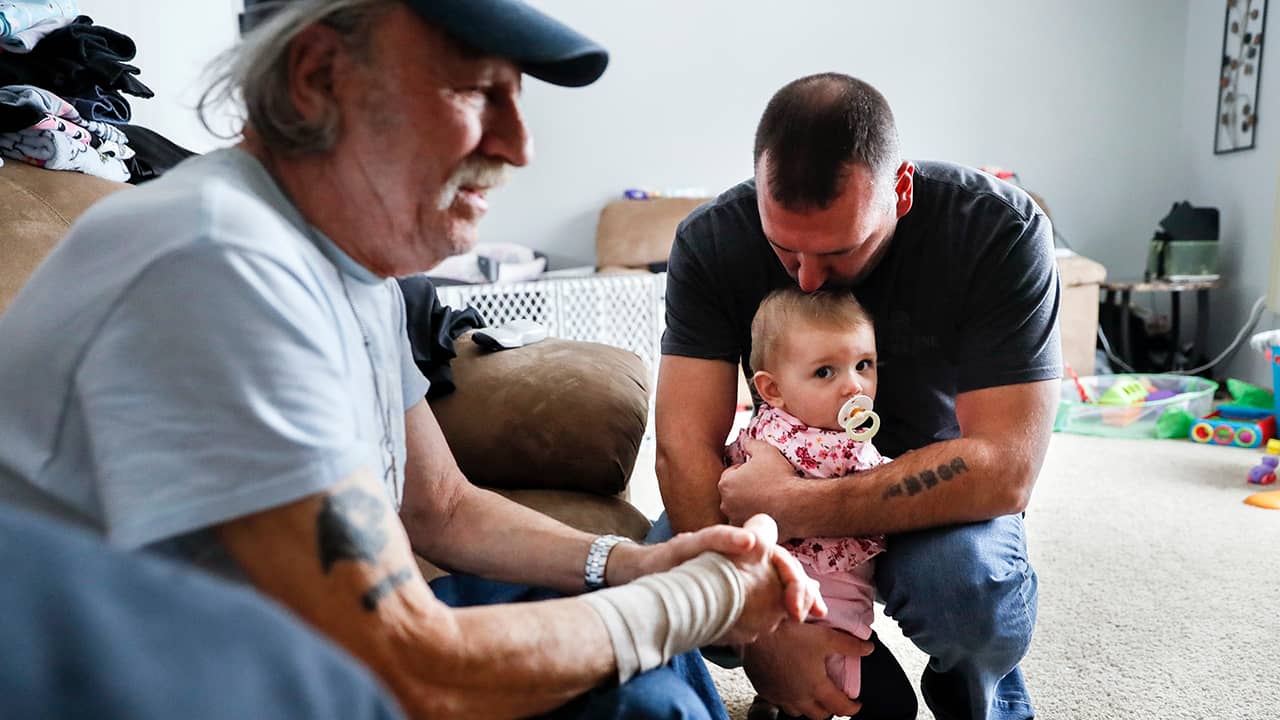 LORDSTOWN, Ohio — Since General Motors announced its decision this week to shut down its hulking Lordstown plant — the anchor of this northeast Ohio town — workers on the line have had nothing but questions. Will they have jobs come spring? Should they put in for transfers and move their families to Texas or Tennessee? How much should they spend on Christmas?

The 36-year-old father of three was in the crowd at a 2017 rally in Youngstown when Trump boasted he would bring jobs back.
“Don’t sell your house,” the president said — and Wolikow took him at his word. But things only got worse. He’s since started traveling to Trump rallies to draw attention to the troubles in Lordstown and elsewhere where he says promises haven’t been kept. But he says he will support Trump again if he sees action, not just words.
“If you help get jobs back here in our community … you’ll have my vote,” he said.
GM said Monday it would cut up to 14,000 workers in North America and marked five plants for possible closure, including the Lordstown plant, which previous rounds of layoffs already had left operating with just one shift. Once-full parking lots around the plant now sit largely empty. Assembly plants in Detroit and Ontario and transmission plants near Baltimore and in Warren, Michigan, also could be shuttered.
Michigan, like Ohio, was among the states with large numbers of once-reliably Democratic union workers who backed Trump two years ago. But Michigan seemed to be swinging back to the left in the November midterm election, when Democrats won the governor’s office and other statewide races and picked up two congressional seats. In this March 14, 2016 photo, a supporter of Republican presidential candidate Donald Trump holds a sign during a plane-side rally at Youngstown-Warren Regional Airport in Vienna, Ohio. It was working-class voters who bucked the area’s history as a Democratic stronghold and backed Donald Trump in 2016, helping him win the White House with promises to put American workers first and bring back disappearing manufacturing and steel jobs. Whether they stick with him after this week’s GM news and other signs that the economy could be cooling will determine Trump’s political future. (AP Photo/Gene J. Puskar)

Ohio seemed to be holding firm for the GOP. Democratic Sen. Sherrod Brown — a possible 2020 presidential candidate — won re-election, but Republicans won the governor’s race and four other statewide offices for the third straight time, an outcome Ohio Democratic Party Chairman David Pepper attributed partly to Ohioans’ loyalty to the president. “The Trump factor,” he said.

With low unemployment and a largely strong stock market until relatively recently, nearly two-thirds of midterm voters nationwide considered the economy to be good, according to VoteCast, the Associated Press’ survey of the electorate. And while just 44 percent of voters said they approved of his job performance overall, 55 percent gave him high marks on the economy.

Trump criticized GM and the company’s chief executive officer, Mary Barra, after the shutdown announcement, noting on Twitter that the company isn’t closing plants in China or Mexico.
“The U.S. saved General Motors, and this is the THANKS we get!” he wrote. The president also said this week he wants to cut federal subsidies for the company, and signaled he may place tariffs on car imports.
The White House has not clarified those comments, and there are questions about whether the president has the authority to act without congressional approval.
Union leaders and Democratic officials say Trump should have done more, and sooner. After the latest round of layoffs in July, Union President Dave Green sent a letter to Trump asking him to get involved and noting a large number of union members voted for him. Trump’s silence on the situation, Green wrote, was “disturbing.”
Trump this week pinned blame on others, including Brown, telling The Wall Street Journal the senator “didn’t get the point across” to GM. Brown said the president should stop “pointing fingers” and called on him to sit down and discuss ways to save the plant.

Very disappointed with General Motors and their CEO, Mary Barra, for closing plants in Ohio, Michigan and Maryland. Nothing being closed in Mexico & China. The U.S. saved General Motors, and this is the THANKS we get! We are now looking at cutting all @GM subsidies, including….

Line of Attack for a Democratic Candidate

News like the GM announcement could sway opinion and create a line of attack for a Democratic candidate. And there are other indications of U.S. economic trouble: Sales of new U.S. homes dropped in October by almost 9 percent, and the number of unsold, newly built homes on the market reached its highest level since 2009.

In a Twist, Trump Fights to Keep Some Palestinian Aid Alive