TJ Cox had a big Wednesday (Nov. 29) in Washington. He declared victory in his congressional race, seemingly knocking off incumbent David Valadao (R-Hanford). Cox also had a vote for the Democratic caucus leadership.

Cox revealed that he voted for Nancy Pelosi as his party’s nominee for House speaker.

“Leader Pelosi has committed to working with me on the challenges facing our hard-working families of the Central Valley, and as such I have decided to support her candidacy for Speaker. The House of Representatives has a busy year ahead in working to restore democratic values to our government, expand access to health care, and reinvest in the American people, and I look forward to getting to work right away,” Cox wrote in a statement to GV Wire.

Rep. Jim Costa (D-Fresno) said he voted against Pelosi in Wednesday’s caucus, fulfilling a promise he made on the campaign trail.

“In debates and candidate forums during the last campaign, I indicated I thought it was time to develop new leaders in the Democratic Party, which is important in ensuring that the diverse ideas of our membership are represented. I appreciate the effort Leader Pelosi has initiated that would provide opportunities for new leaders over the next two years. It will make a difference as we look forward to the elections in 2020 and beyond,” Costa wrote in a statement.

Pelosi reached with the Problem Solvers Caucus, a bipartisan group whose nine Democratic members were withholding their support as they pushed for rules changes to allow a more open legislative process.

Some of those reforms include floor consideration of bills that have certain levels of support (namely 290 co-sponsors; and amendments that have at least 20 Democrats and Republicans signing on).

Costa is a member of that group. But, it wasn’t enough to earn his support.

“The San Joaquin Valley, like many regions of our country, has challenges the next Speaker must commit to address. We need assurances that the House will focus on a bipartisan infrastructure proposal, one that would increase investments in our future water needs and improve transportation. We also must work to improve our healthcare system, lower prescription drug costs, and resolve ongoing immigration issues,” Costa said.

But, he left open that Pelosi could still earn his vote on the House floor on Jan. 3.

“I am hopeful that my ongoing conversations with leadership will be successful. While I did not vote for Leader Pelosi this week in the Democratic Caucus, is it my hope to cast my vote for Speaker Pelosi on January 3, 2019.” 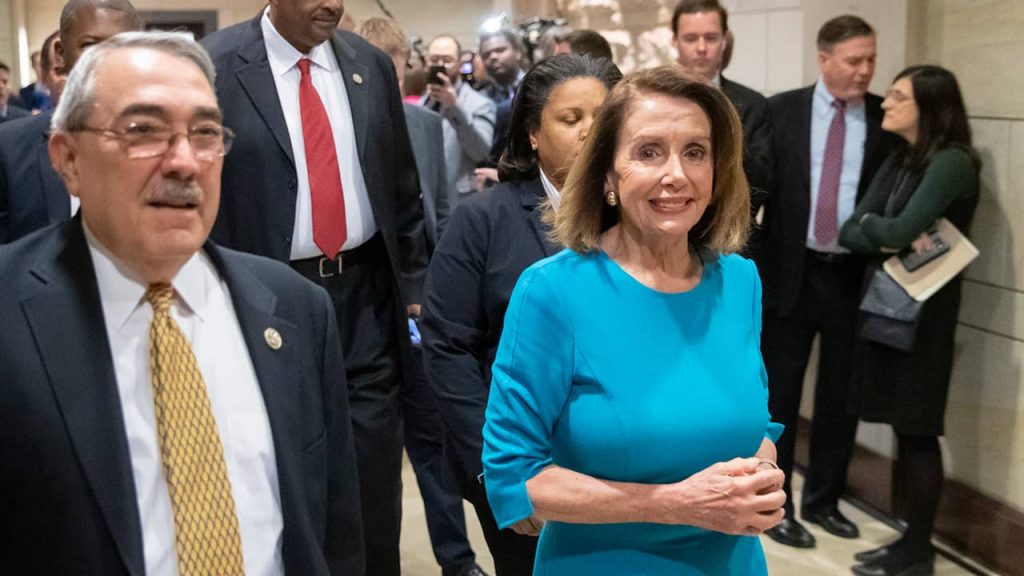 House Democratic Leader Nancy Pelosi of California, joined at left by Rep. G. K. Butterfield, D-N.C., heads into the Democratic Caucus leadership elections unopposed following an effort by a contingent working against her becoming the speaker of the House when her party takes the majority in the new Congress in January, at the Capitol in Washington, Wednesday, Nov. 28, 2018. (AP Photo/J. Scott Applewhite)

Between now and January, those who oppose Pelosi will face internal pressure to reconsider their options. Colleagues will be asking if they really want a stalemate on the House floor as the first act of the new Democratic majority. And Pelosi will work the levers of power by doling out the many committee seat assignments, subcommittee chairmanships and other perks as incentives.

Pelosi ran unopposed but needs to convince at least 15 more from her delegation to secure the speakership.

“She’s making a lot of headway,” Rep. Joyce Beatty (D-Ohio), a Pelosi ally, told the Associated Press. “Has she negotiated and given them some of the things that they want? Yes. But she’s only giving things to people who can deliver.”