For years, employees at many businesses didn’t have pensions or 401(k) retirement plans. California’s solution is CalSavers.

“CalSavers will help facilitate the most ambitious expansion of our retirement savings system since the creation of Social Security in 1935,” says state Treasurer John Chiang. 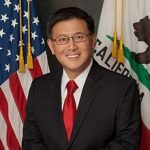 “CalSavers will help facilitate the most ambitious expansion of our retirement savings system since the creation of social security in 1935.” — state Treasurer John Chiang

Chiang, the chair of the CalSavers board of directors, officially launched a pilot version of the program Wednesday at the United Way office on East Kings Canyon Road in Fresno.

Fresno was the third stop for Chiang during his five-city tour this week.

About 90,000 Employees Eligible In Fresno County

Because of CalSavers, up to 7.5 million private sector employees in California will now have access to a retirement savings program.

Such employees include those working in construction, retail, manufacturing, ride services, and agriculture, among other industries.

Around 4,000 employers and 90,000 employees in Fresno County could benefit from the program, said Ashley Swearengin, the president/CEO of the Central Valley Community Foundation.

“I believe (CalSavers) is going to be one of the most significant and positive initiatives that we’ve seen out of Sacramento in a long time,” Swearengin said. 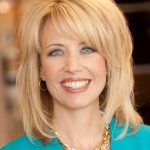 “I believe (CalSavers) is going to be one of the most significant and positive initiatives that we’ve seen out of Sacramento in a long time.” — Ashley Swearengin, president/CEO of the Central Valley Community Foundation

Through CalSavers, businesses with five or more employees that don’t already offer a retirement option will facilitate the retirement savings program without administrative fees, Chiang said.

Employees will be automatically enrolled in the program but can opt out at any time.

The Howard Jarvis Taxpayers Association sued Chiang’s office over CalSavers earlier this year, saying that the program amounts to an employer-sponsored retirement plan and should be subject to federal regulation, the Los Angeles Times reported.

The courts have yet to rule on the lawsuit. Chiang and state Attorney General Xavier Becerra have publicly stated they are confident that the plan passes legal muster. But those with the Howard Jarvis group predict that their lawsuit will move forward — thus the state should wait before rolling out CalSavers.

Path Toward a Secure Retirement

Chiang said the state-sponsored program will put millions of Californians on the path to a more secure retirement by allowing them to make automatic payroll deductions to a portable retirement savings account.

Katie Selenski said CalSavers is a critical and much-needed program.

“Nearly half of Americans have zero saved for retirement and are on a trajectory to retire into economic hardship,” said Selenski, CalSavers’ executive director.

Selenski said most employees are relying on Social Security alone, which she said won’t be sufficient.

“The idea is to give workers access to a way to save and get them on a path to a secure retirement,” she said.

Dora Westerlund said she is “very excited” about CalSavers. 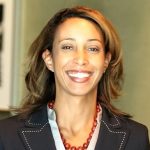 “This is an incredible opportunity for our community and for our state.” — Lindsay Callahan, president/CEO of the United Way of Fresno/Madera County

“I am enthusiastic about this program,” said Westerlund, the president/CEO of the Fresno Area Hispanic Foundation. “What a world a difference it can make for someone’s future.”

Lindsay Callahan said the program is a game changer.

“CalSavers is the way to help our future for the Central Valley and for California,” said Callahan, the president/CEO of the United Way of Fresno/Madera County. “This is an incredible opportunity for our community and for our state.”